Restored by the UCLA Film & Television Archive with funding provided by The Louis B. Mayer Foundation and The Carl David Memorial Fund for Film Preservation.

In a monastery, a father’s healing is interpreted as ’a true miracle’. An adaptation of Lavery’s play, which Sirk had planned to make in Germany and filmed in California, outside of the studios. "I think everything is about religion: it’s about the unknown things in man". (D. Sirk)

the play "The First Legion" by Emmet Lavery 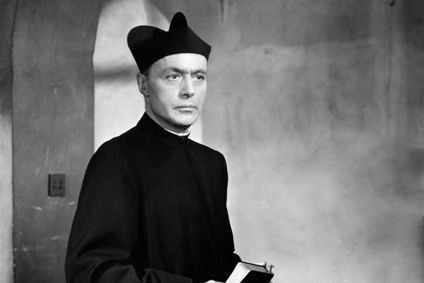