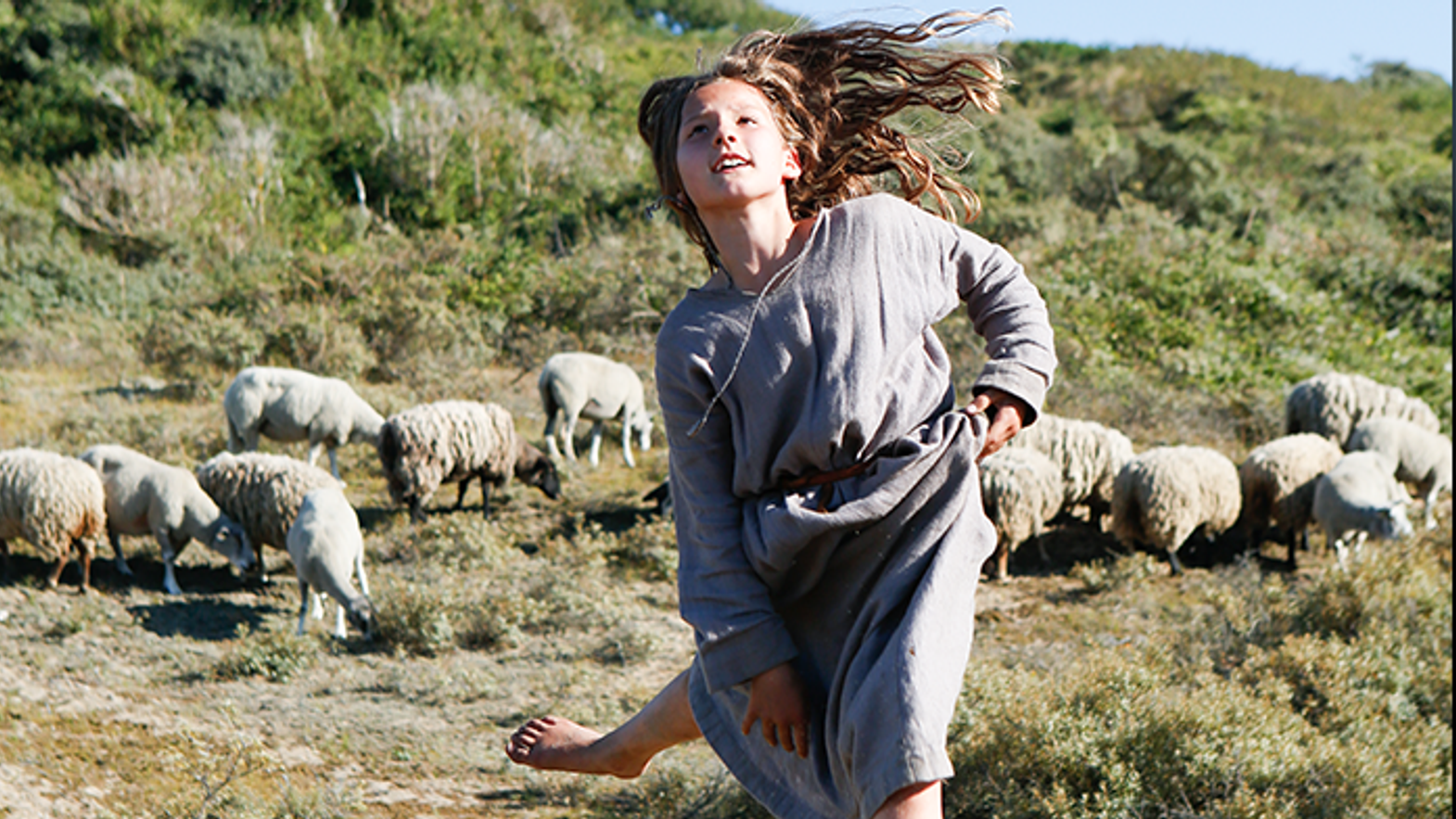 “1425. In the midst of summer”. The words that opened Le Mystère de la charité de Jeanne d’Arc, a sort of miracle play written by Charles Péguy in the early 1900s, are also at the beginning of Jeannette, l’enfance de Jeanne d’Arc, a pilgrimage by Bruno Dumont (Pardo d’onore Manor 2018) in the footsteps of the holy warrior, in between childhood and adolescence. Much like a miracle play, the film links singing with prayer-like dialogue. However, this is not a religious litany. Surprisingly, Jeannette’s enchanted blue-green pasture is invaded by heavy metal sounds that break the sheep’s bleats, with the holy child giving into a sacred head-banging.

And yet, paradoxically, the film retains the fervent simplicity of Péguy’s work: it decisively avoids the conventions of the musical, preferring static shots that frame the actors as they turn into singers and dancers. The result has the aura of a popular ex-voto, which comes across as sincere because it lacks sophisticated trickery. A radical sincerity is exactly what Dumont pursues, almost as if to answer the characters’ continued questioning of truth and lies. Therefore, cues are not concealed, and looks into camera are encouraged rather than avoided. The sole concession to idealization is the pure green and blue of a landscape that is all sky and forestry, in (sacred) conversation thanks to shots that sometimes look down on the earth and sometimes look up to the sky.