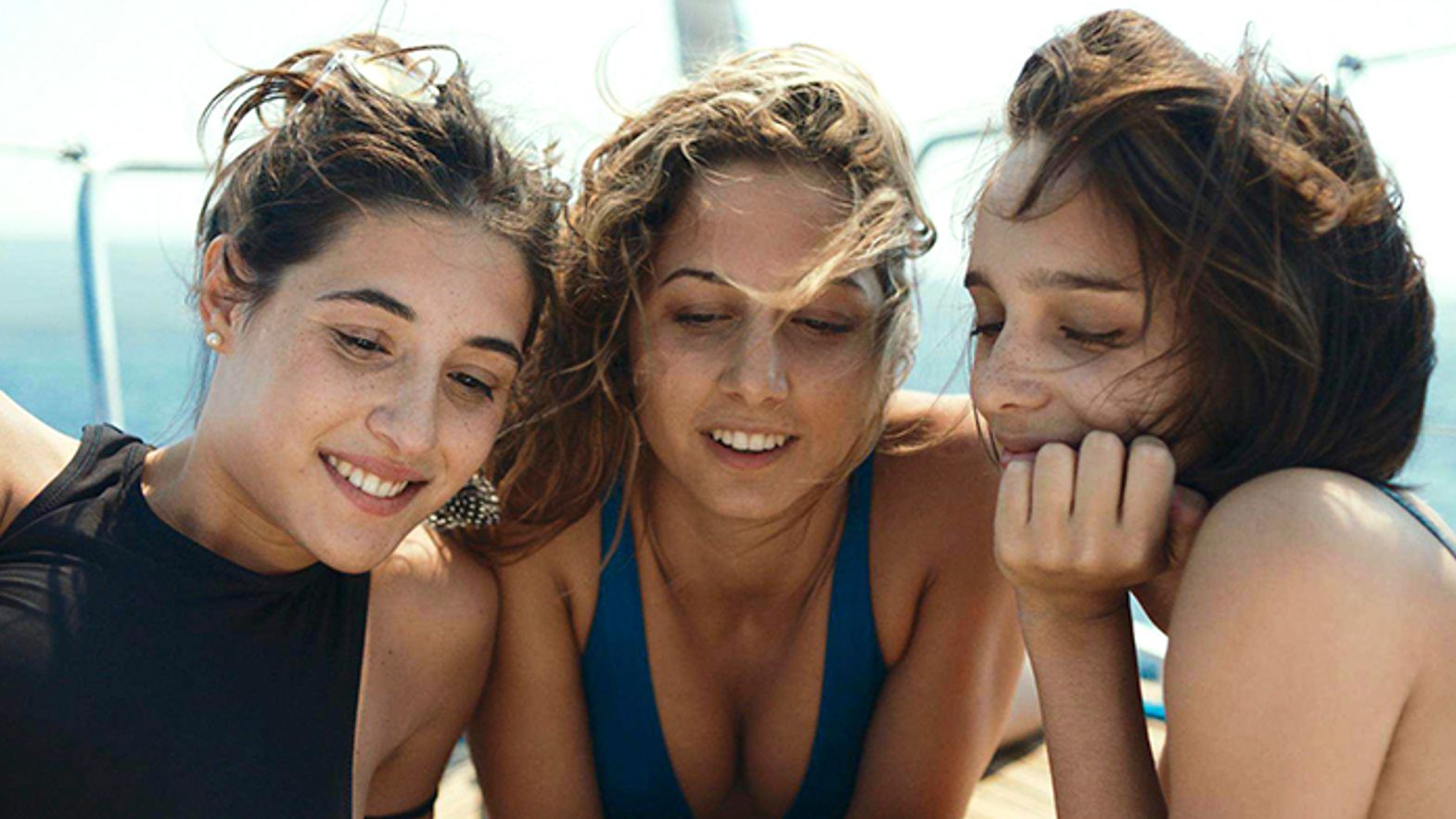 Nowadays it’s normal that three young girls who are leaving for a holiday on their own, do so in a virtual dialogue with the world they left behind (let's immediately mention the names of the three amazing stars, Angela Fontana, Denise Tantucci and Blu Yoshimi, whose contributions to the film are tangibly superior to that of being mere actresses). Here, we are travelling on a distant sailing ship, but we are online, let’s not forget, we are alive. Here ends the archetypal assumption of Likemeback by Leonardo Guerra Seràgnoli, and the film begins. On the one hand, the social media obsession that spreads magnetic waves in the air deeper than the sea, on the other, the director who responds with the magnetism of a camera that struggles with the physical limits that it has imposed upon itself, questioning the space to shoot and the time elapsed, and finding the solution in a melee with the actresses as rarely seen in Italian cinema. The physical gesture of filming strategically defuses the obvious sociological edge. The bodies and faces of the three girls and their movements are the focus of the film, and it's no coincidence that the screens that in turn sometimes excite them, amidst cries of jubilation for an extra like and alternatively make them despondent for a less successful photo, are never defined. Here is a very talented filmmaker, who already knows – without any moralism – how the supposed global networking is always flanked by something (cinema, for example), and able to remind us of the beauty of the broken-down link, the truth of separation, the complex reality of being and yet not being.