The 2019 Festival is dedicated to Buache 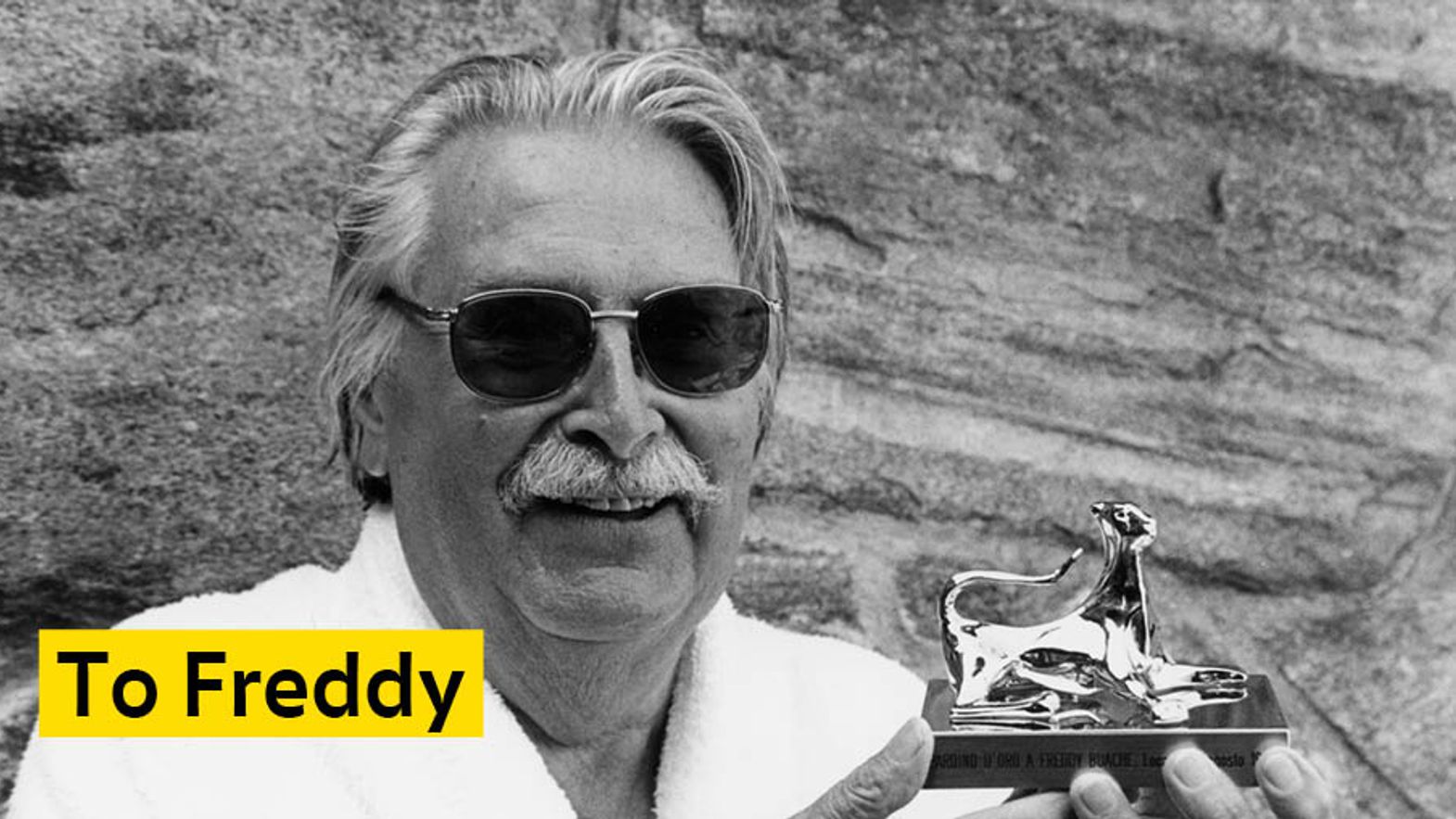 If the Locarno Film Festival is cinema, then Locarno72 could only be him. The 2019 edition of the Festival is dedicated to Freddy Buache, a wonderful friend and peerless man of cinema who passed away in May. He pioneered the Cinémathèque suisse, which he ran for nearly half a century, and was also a writer, director, critic, professor, collector and overall film buff. In short, profoundly in love with cinema. A man of the Festival and for the Festival, which he directed together with Sandro Bianconi between 1967 and 1970. He was so indelibly linked with cinema that the Locarno Film Festival, which gave him a grateful and affectionate Pardo d'onore in 1998 in the Piazza Grande, could not avoid remembering him while cinema happens. During the Festival itself, between restored prints, world premieres and new discoveries, he will be remembered at each of the over 300 screenings and especially during Letter to Freddy Buache, directed by Jean-Luc Godard and screened in Piazza Grande on opening night. As such, on that night and for ten more days. And so, for eleven days, it will be as though he and his moustache were in the theater with us, for an entire edition.