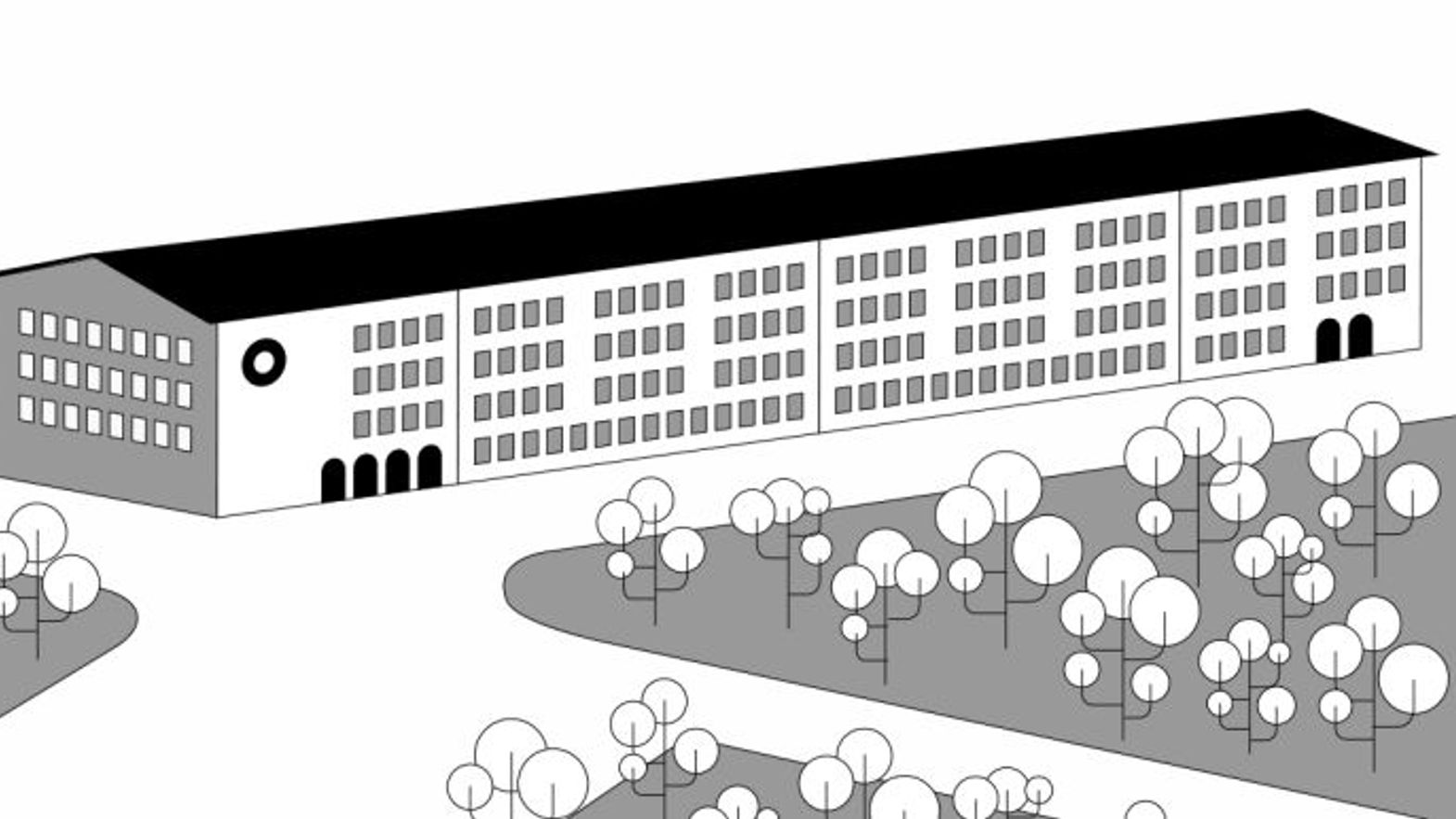 Arriving by car, you can immediately see a copper balustrade surrounding the imposing grey-brown building. As a former barracks, it is not surprising that to access the BaseCamp, located in Losone, you have to pass through a gate topped with a barbed wire; but it is only a matter of time because the metal is intertwined with paper light bulbs, while the austere neon of the corridors has already been replaced by colourful fluorescent lights. And the large empty rooms - refectories and storage rooms and disturbing basements - are just waiting to welcome the artistic interventions of the "campers", between cabinets that become shop windows and walls ready to become graffiti.

"The BaseCamp was born as a natural evolution of the relationship of the Festival with its young audience," explains Stefano Knuchel, curator of the project. "Locarno regularly reinvents its way of addressing young people, because they themselves change; in this sense, the BaseCamp represents a qualitative leap forward: it allows people who could never have followed the Festival to experience it, and doing so in the best possible way, going behind the scenes and contributing - with their presence, their observations, their initiatives - to the evolution of the event".

In the corridors we come across a young man armed with scotch printed with the BaseCamp icon: Ares Pedroli, a 21-year-old graphic artist from Chiasso, who in a short time created the visual identity of the project "We had very little time," says Knuchel. "We started three months ago and we had to create everything from scratch. The first thing that we needed was a logo and web site, and from the beginning we wanted to show that this is a project for young people. So we didn't work with the internal services of the Festival but we chose Ares, who created everything in three weeks. So now in the midst of the Festival we have the work of a twenty-year-old who can influence Locarno with a new look. It's an example of how the BaseCamp can generate ideas."

The scotch designs symbols that guide you through the rooms: a carafe leads to the refectory revisited with picnic tables, a musical note to the party area near the bar - and then there is the relaxation area with cushions and sofas. "The people who come to BaseCamp are free to do what they want. First of all, they're here to follow the Festival, but at the same time we offer them opportunities to get to know each other and understand what Locarno really is: for example, since four of them are in competition in the Pardi di domani, we suggested that everyone go and see the screenings; one evening we will invite the directors to talk about their work in the presence of the selection staff, who will explain their criteria in the choice of films. In addition to this, the BaseCamp we offer meeting spaces, and every night the bar and disco from 10pm to 2am. We hope that these opportunities for dialogue will help the participants to form an intergenerational network; we have also selected them on the basis of this...". A selection that has led to the selection of about 200 young people, as evidenced by the platoon of freshly assembled beds waiting for them, crowned by lockers of a 70s orange, a legacy of the military. "For the selection of the participants, the key word is: diversity. We launched the applications online, and then in the selection we looked for a good relationship between men and women, Swiss and foreign, people who work in the cinema and those who do not (I think of curators of cultural initiatives, students of Swiss art schools, scientists, people who are specialising in law in relation to art ...)".

We leave the building. A large sign hanging on the arches of the door welcomes imminent guests. For all the others, a booklet distributed with the latest Locarno Daily will be the map, story and archive of the 2019 BaseCamp project.