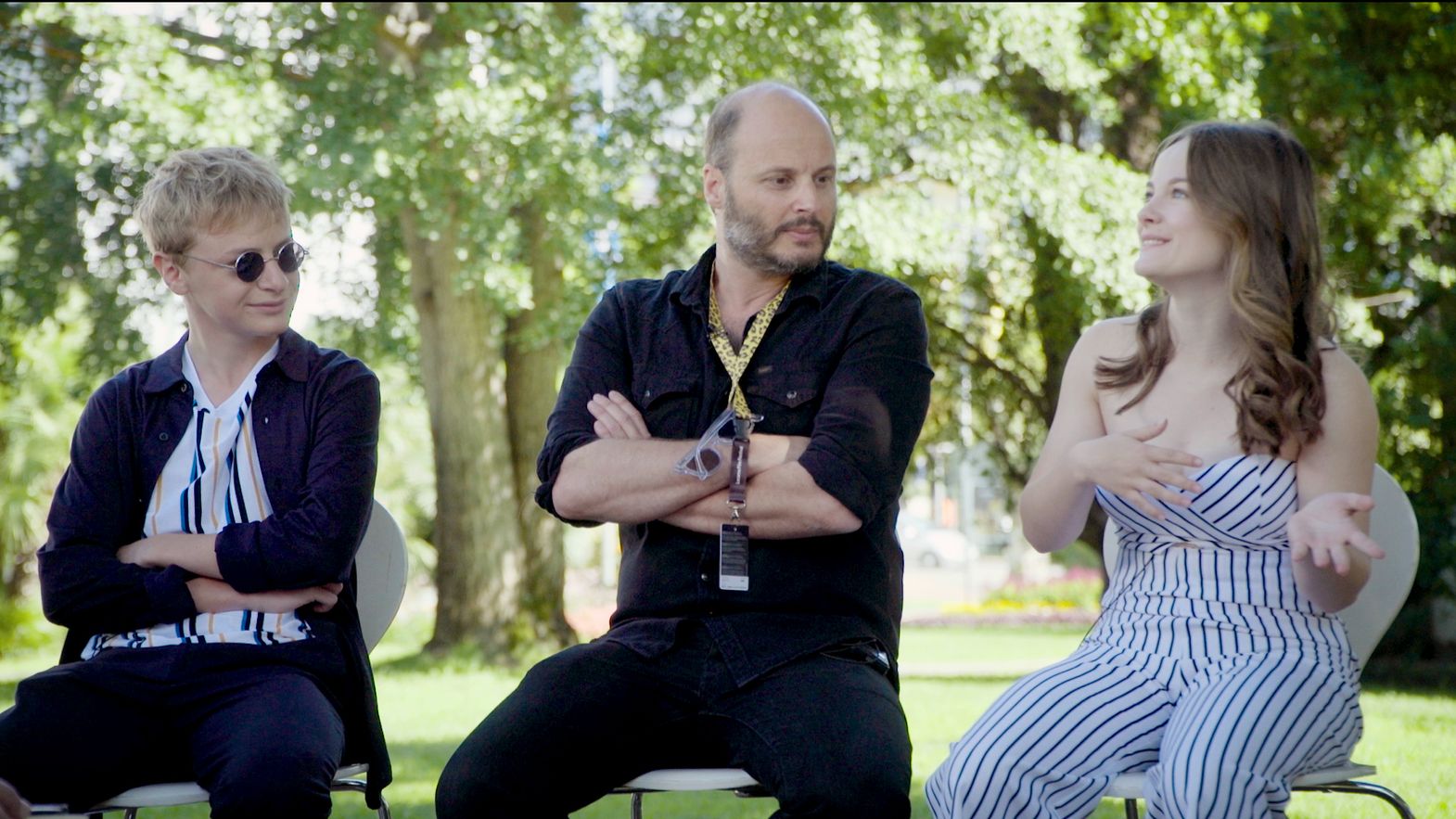 They're three, and they closed the book on a trilogy: Thomas Gioria and Fantine Harduin star in Adoration, the penultimate Piazza Grande film of Locarno72 and the final installment of Fabrice du Welz's journey that began in 2004 with Calvaire and continued in 2014 with Alleluia. It's a limitless journey into the absurd, the insane and the psychotic. The shoot was partly ferocious and under pressure, but also a close partnership between the three.