The age of Quentin

Piazza Grande - Once Upon a Time... in Hollywood 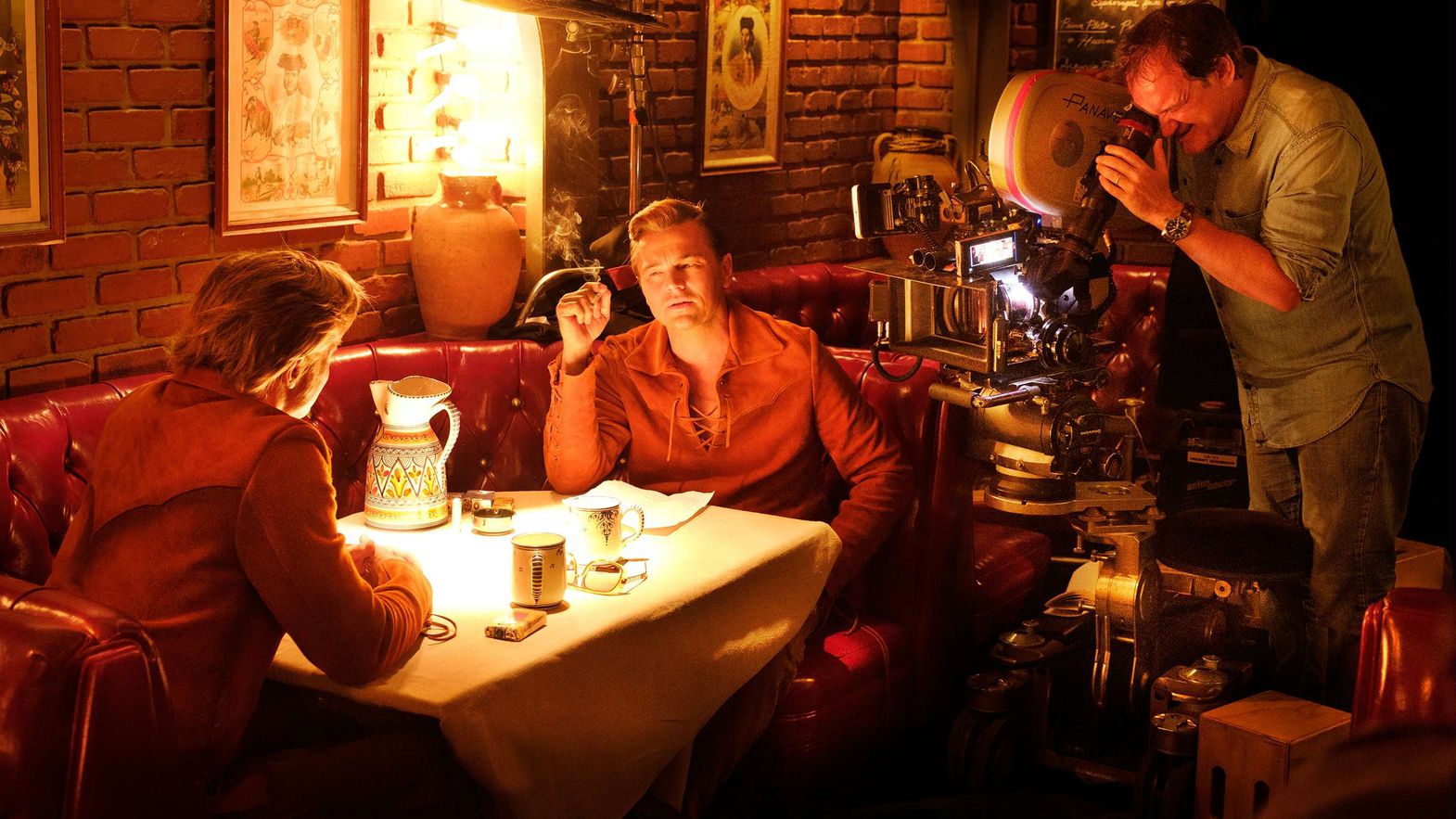 Can you talk about how you came up with Once Upon a Time…in Hollywood?

It started about five to six years ago, for a while I thought about it as a novel. I had the Rick and Cliff characters, about a year and a half of trying out different stories, coming up with different things and different places to put them through. If you add the Sharon character you have three levels of Hollywood right next to each other: great success and great failure can live right next door to each other. And we’re seeing Hollywood from all three of their perspectives as we kind of go forward in these three days.

By that time New Hollywood or even Hippie Hollywood, was THE Hollywood. Now by the middle of 1970 anything from the middle of 1969 seemed hopelessly dated. Roman and Sharon were almost like poster-children of this type of New Hollywood. I am sure Rosemary’s Baby (1968) wouldn’t have existed the way it existed in 1963. On the other hand Rick is from the late 50s, early 60s. All these hippie sons of famous people are the leading men now, which completely clashes with the masculinity he had been taught had to be the case for a leading man. So now he’s just a sort of an outsider.

You keep repeating you’ll stop making movies soon. What will come after that?

Writing books and stuff will be probably the thing that I’ll do in my own private time. I guess for the next ten years, in between writing books, I’m going to move towards theater. I’ll be writing plays and directing plays, among other things.

You made a big budget movie out of an original screenplay. Isn’t it more difficult today compared to a few years ago?

Yes. We were able to make a complex movie with some very talented artists and the studio was behind us. And believe me, it was very difficult, but we got the freedom to do what we wanted. Now people don’t build sets anymore, it’s complete CGI. They don’t do that kind of art direction anymore. Instead we changed Los Angeles and everyone in the city could see it. Now it’s like: “Well, change that sign, change that other sign, let’s just do a bunch of CGI.” No, fuck that shit. That’s not interesting. That’s not exciting. We were the only original movie coming out this summer. Every single solitary movie from a studio is some sort of a sequel or a franchise or based on a book or a comic strip or a cartoon or something. We’re the only original script, where nothing that existed before that blank page, before we wrote it and did it. That’s exciting!