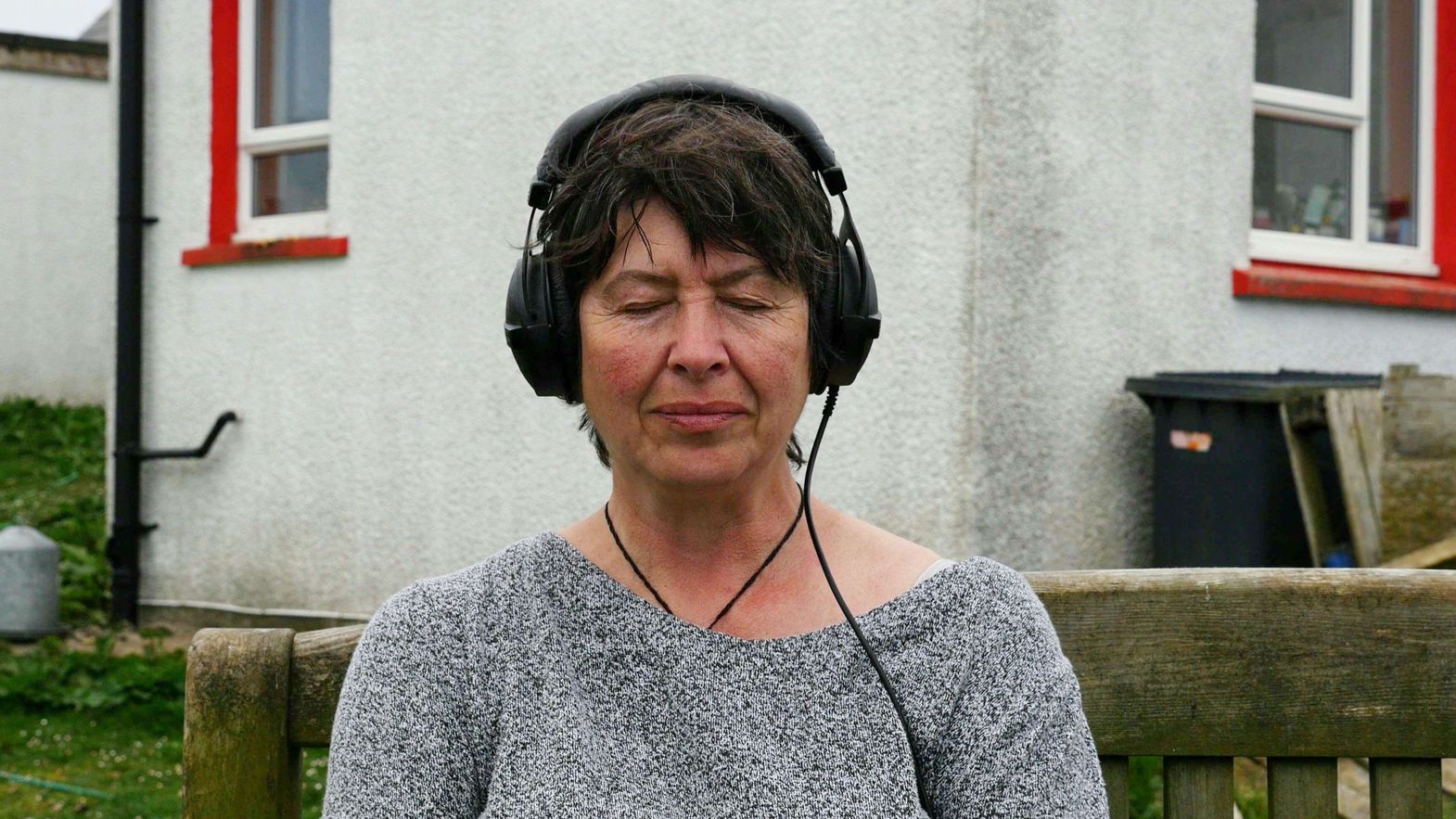 Land mines, boxing, puzzles, eye diseases, poetry, and war: since the early 2000s, Olivier Zabat has made a name for himself via important essays in puzzle form, that is to say films stitched together from assorted testimonies, where the convolutions of scattered words formed a sort of cordon sanitaire around people who were subjected to the pressure of a danger that threatened to implode reality. Following Zona Oeste, Miguel et les mines, and 1/3 des yeux, the films Yves, Fading or Perspective du sous-sol looked for this structural fragmentation within people. Arguments continues along those lines by dealing with a community of «voice hearers», a term that refuses the label of schizophrenia and, more generally, the medical stigmas that prevent them to use the voices assaulting them in discursive articulations, to untangle themselves from fear, shame or suffering. Undaunted by the imposed restrictions, they work to weave other relationships into reality. It’s this inceptive reality that Zabat’s films grasp with sharpness and empathy. By attempting to identify the physical outline of an invisible reality, he, like the people he films, anticipates the time inventing itself before him, ceaselessly negotiating «with hypotheses for the immediate future.»