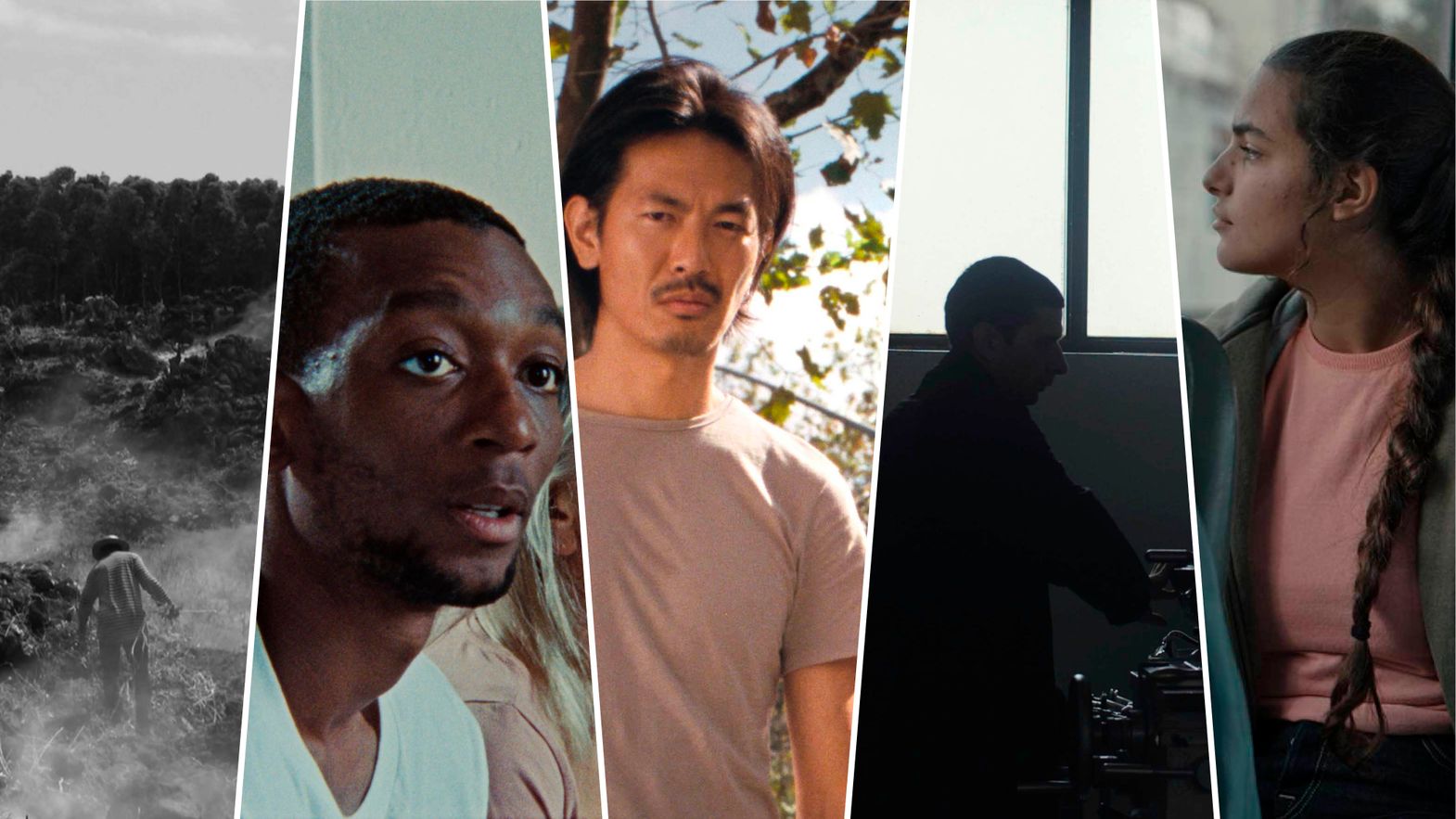 The lands and islands this third 2020 Pardi di Domani program navigates through are fragile, exposed to natural or social disorders the characters have to cope with. In regard to their specific territories, friends and relatives try to stand together and take care of each other. As the philosopher Donna Haraway invites to in her essay “Staying with the trouble”, the authors activate here different ways of kinship, creating links and connections among humans and their environments, with an accurate cinematographic impulse.

Spirits and Rocks: an Azorean Myth

In Spirits and Rocks: an Azorean Myth, the inhabitants of a volcanic island are doing their best to keep the mountain quiet. The camera is embracing a majestic nature: the texture of the rocks is almost like silk, while smog and storms progressively blur the landscape and the faces. In Aylin Gökem’s poetical essay, humans and nature are part of the same cyclic dance, magnified by a stunning cinematography and hypnotic soundscape.

How I beat glue and bronze

Everyday gestures and trajectories is also what Vladimir Vulević unfolds in How I beat glue and bronze. In a forgotten industrial town of post war Serbia, people cross without meeting each other. Mihajlo circulates among the disappeared and their indelible traces, and former relatives turned into foreign souls, even though they seem to share the same grief. No dialogues here, only voice over. Despite their nostalgic tone, the voices appear as an act of resistance and hope, expressing mutual attention and shared memories of a stranded world. Sometimes, light goes on. Since there is light, since there are words and tears, there is life. In a desperate yet emotional way, the film operates as an alarm against extinction.

A society in need of transition is also central in Sawandi Groskind’s beautiful proposition Where to land – a title in form of a permanent question that underlies in a subtle though urgent and inventive way the destiny of the characters who join their forces on this remote peace of land. An elderly woman who tries to survive in the wild, a young man who longs to visit his mother, and nature under constant threat of destruction: calling for new forms of kinships and attentions, Groskind explores the possibilities and intertwining between humans, vegetation and animals, in order to find new ways of communication.

Despite the melancholic backgrounds, hints of comedy and lightness progressively occur in the relations built throughout the films. In Nour, a young adult and her brother are crossing a Tunisian city, in search of their father. Rim Nakhali explores the cinematic potentials of the gaze, in a sensible and personal way. What does the gaze tell? Between Nour and her brother, but also in between the camera and the people on the street, the gaze is an expression of care and desire, but also of judgment and suspicion. During their journey, lost in landscapes built and altered by the previous generations, the siblings’ ties are stronger than anything.

Inspired by Japanese author Naoya Shiga’s novel “An afternoon on November 3rd”, the US-based artist Neo Sora relocates the action in a New York City microcosm hit by a heat wave. Traveling from Japan, Kei visits his cousin Hiro and his pregnant wife. On a tender comedy tone punctuated by an Americana ritornello that increases the sensation of heat and irony, the film focuses on little culture clashes and social indifference, revealed by the foreign cousins’ observations. The Chicken is a sensory tale of modern city life, where species, textures and fluids meet in an on-going cycle of death and life.