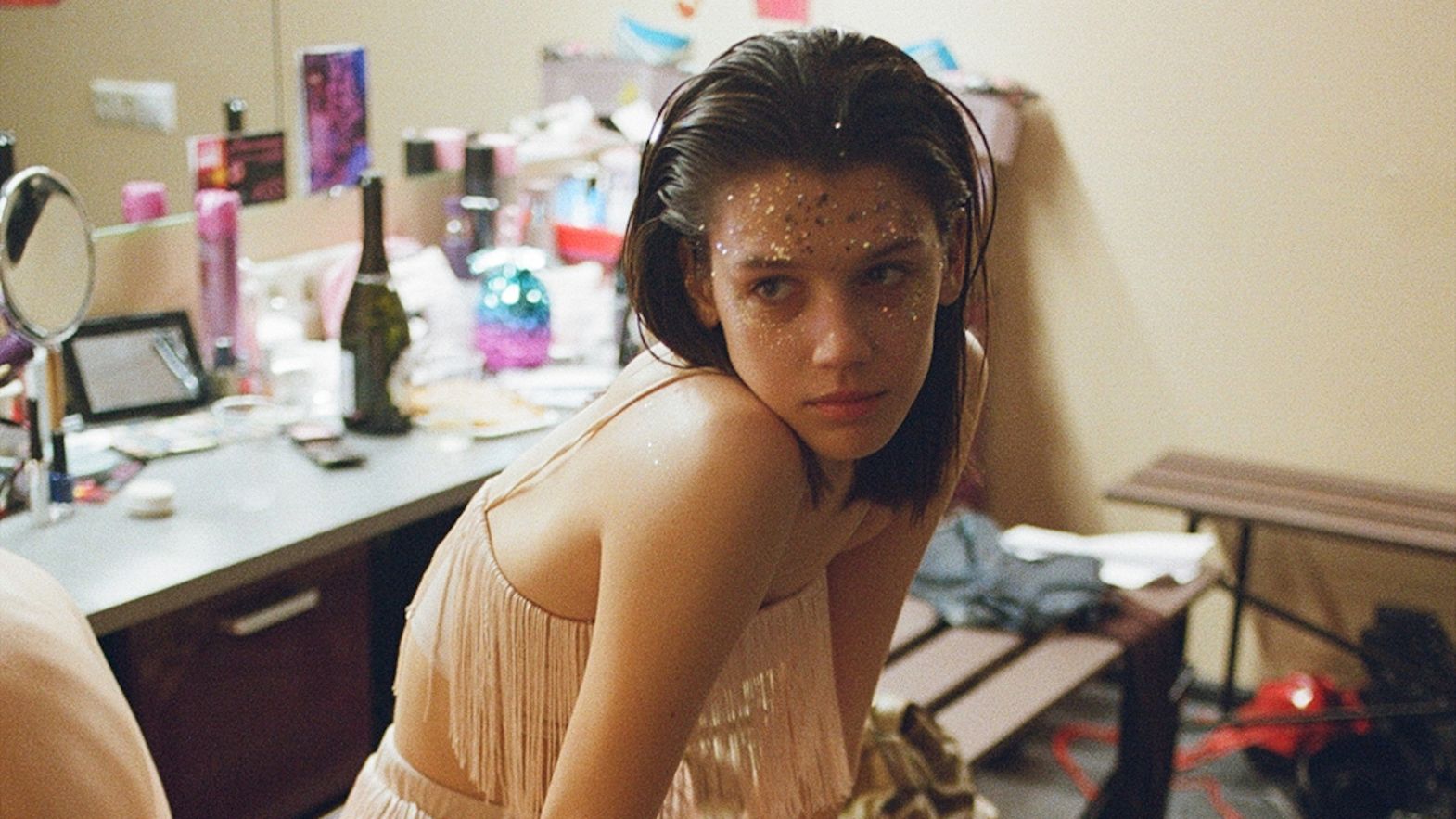 Lera is a brave woman in her late teens / early twenties, a sociology student.

By night, she goes by the name of Gerda and earns money by dancing at a strip club.

She is indeed a distant echo of the main character of Hans Christian Andersen’s The Snow Queen, but this is no fairy tale and the Gerda living today in the reality of a gloomy Russian town needs to save herself and flee this place.

Despite her young age, she has been forced to take on the role of head of the family and take care of her depressed and dependent mother, while at the same time stop her drunk and violent father’s visits.

In Gerda, second-time director Natalya Kudryashova (Pioneer Heroes, Berlinale 2015) combines the omnipresent harsh social context with a number of unreal sequences that are sometimes dreams, sometimes hallucinations, and sometimes childhood memories, giving the narrative an aura of fantasy and triggering Lera in her pursuit of a better life.

The strong performances in the film come as no surprise, since director Kudryashova is also an actress – and winner of the Best Actress award in Venice for The Man Who Surprised Everyone (2018).

The challenging role of Lera/Gerda is amazingly delivered by newcomer Anastasiya Krasovskaya, who is able to transform from a fragile girl into a fearless woman and vice versa in the blink of an eye, while Lera’s best friend Oleg – one of the few bright characters in the film – is played by Russian wunderkind Yuriy Borisov, whose 2021 filmography also includes Compartment No. 6 and Petrov’s Flu (Cannes), as well as Captain Volkonogov Escaped and Mama, I’m Home (Venice).