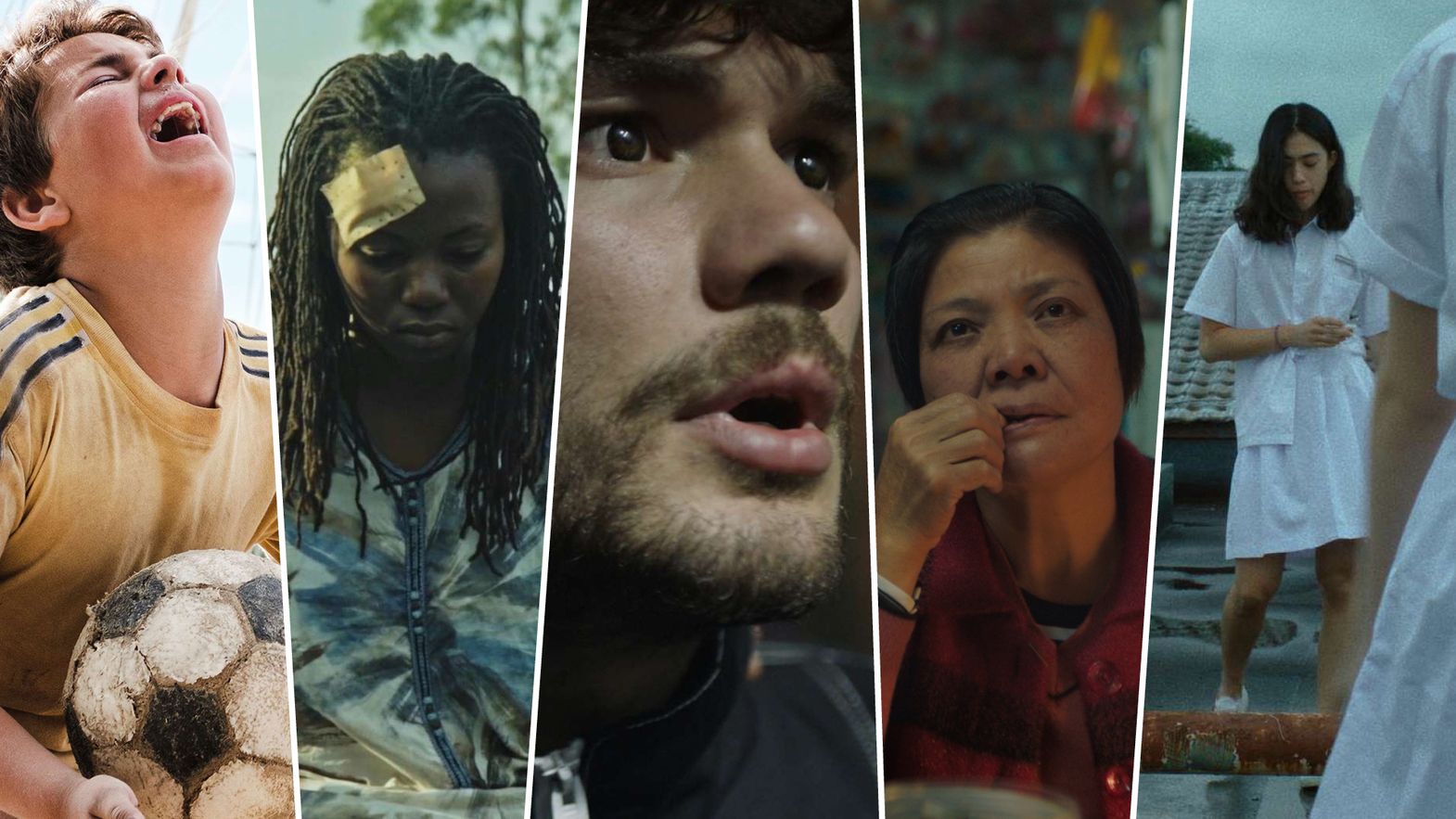 Hold on tight: the seventh program of Pardi di domani 2021 has the reassuring pace of a roller coaster launched without a guide on crazy tracks. Five stories of violence, real or metaphorical, with or without blood: social, private, sentimental, cultural, or political. The violence that arises from the frustrating dynamics of belonging to a social group, to a spiritual community, or to a culture that eludes us, getting increasingly ambiguous; this arises from distorted gender dynamics, from societies that are still too masculine and patriarchal, from invisible authoritarianism that mold us under our skin. Five stories, five different cinematic voices, five powerful and necessary screams.

Rok Biček is one of the most interesting names in young Eastern European cinema. After his explosive feature film debut Class Enemy, which inflamed the Venice Critics’ Week in 2013, and after winning the Locarno Semaine de la critique with The Family (2017), the Slovenian director returns to the short format and presents Kazneni udarac (Penalty Shot) in Corti d’autore.

Two children playing football, a group of older boys who interrupt the game, a spiral of events that gets completely out of hand. The film chisels dynamics and psychologies like a sharp blade, building up an almost unbearable tension, a dramatic progression that takes your breath away. It’s a sharp and painful comment on the toxicity of a brutally male system, on the violence that we are willing to accept in order to belong to the pack. And the even more subtle and lacerating violence, which becomes exclusion and suffering when we decide not to conform, to resist and to react.

A real surprise comes from Rwanda: Imuhira by Myriam Uwiragiye Birara. A young woman returns to her hometown on the run from a violent marriage. She seeks refuge and support, but she finds only the hostility of her family and the weight of social norms that decree, from the top of an oppressive tradition, how a real woman should be and behave.

A film about the condition of women, their position and future, about gender inequality within patriarchal societies. But beyond the importance of the themes, there is also a film that reveals the powerful gaze of a director who is perfectly in control of her style, who brings out multiple visual ideas and emotional hits. A new voice appears on the international stage that we will hear about in the future: this is the African cinema of tomorrow.

A very young talent from Kosovo, Leart Rama, drags us into the dark and tumultuous belly of a rave party with Four Pills at Night. What happens at these parties? People dance, make contact, express themselves, and let themselves go, revealing that there is much more beyond the turbulence of syncopated rhythm. At full volume, techno music and strobe lights: two guys, a love story, a night in which everything can only go wrong. Disappointments and truth, fear, confusion, and tears: it’s a detonation of energy as vital as it is disturbing.

A film from the Balkan peninsula as we have never seen it before, a trippy and dancing dream nightmare that documents the reality of young Kosovars (and the creeping homophobia in the region) with disarming honesty and energy.

From China, an intergenerational clash between father and son, a story of cultural misunderstanding, and an extraordinary lesson in staging: it's Christmas by Zhang Fengrui.

The humble life in a fishing village and the young Dongdong, an NBA fan who dreams of America, ask for a new pair of sneakers as a gift. But his father refuses, resisting the idea of ​​surrendering himself to the conventions of the West. The boy decides to disappear. And while the alien tradition of Christmas has already invaded the village, the man will look for his son on the streets, getting lost in a jungle of signs that are already too Western not to declare defeat. A majestic combination of images of great impact and a beautifully hatched father figure that quietly breaks our hearts.

The program ends with a caustic and biting jewel made in Singapore: Strawberry Cheesecake by Siyou Tan. From the producer of the Pardo d’oro winner A Land Imagined, the story of three rebellious students, caught smoking an electronic cigarette (illegal in the country), who decides to take revenge on the principal.

A diabolically entertaining film, formally inventive, bold in using the genre to launch a frontal attack on the nationalist system of Singapore. Beyond the façade of a model city-state, the director alludes to a school regime that aims to train sweet girls 'like strawberry cakes': well-behaved, future wives and mothers. But our bad girls provoke us with a sinister and deviant game: becoming monsters before others ask us to, flirting with death before it is imposed on us by the system.