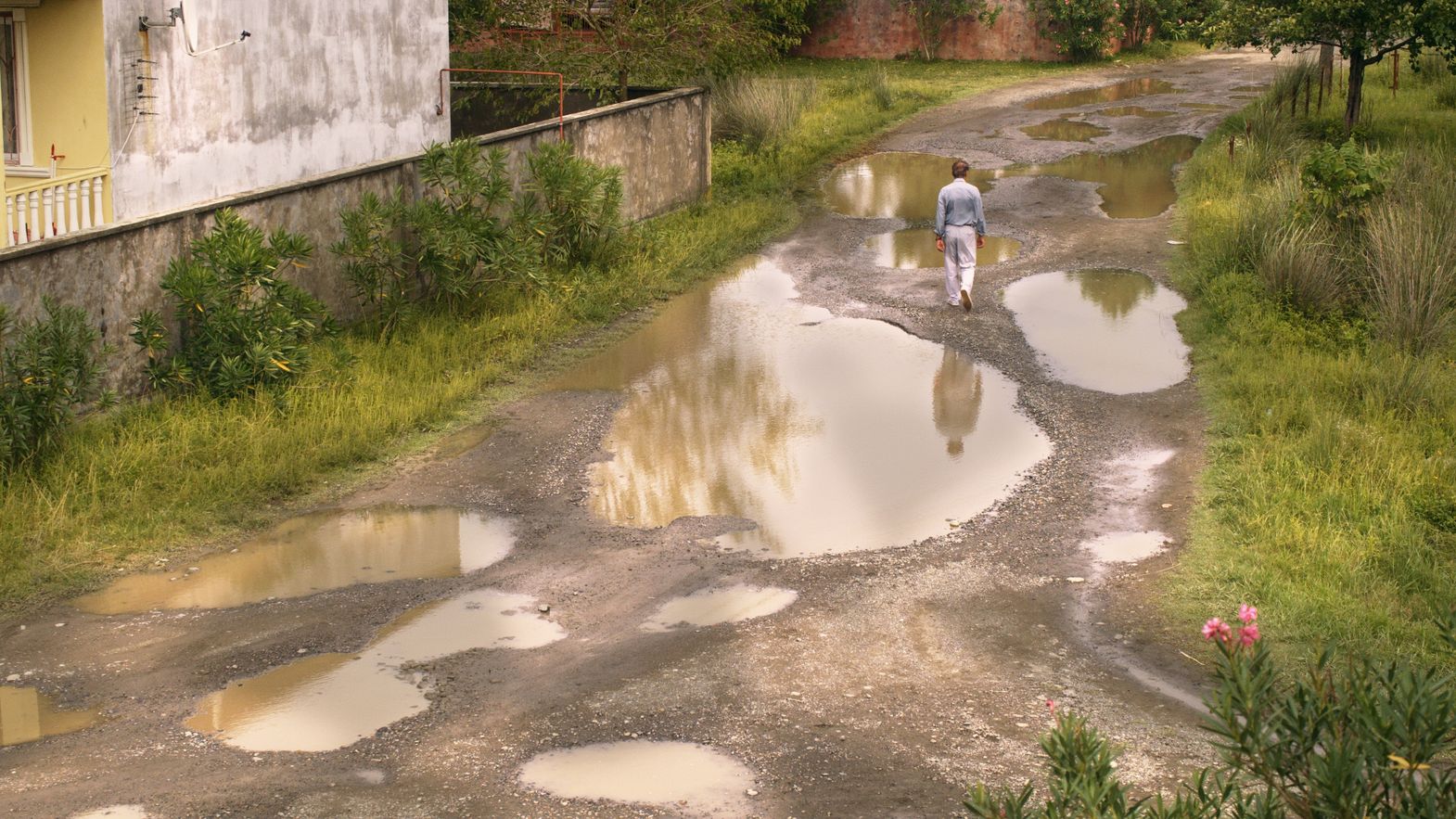 The opening of Elene Naveriani’s sophomore feature, Wet Sand, is breathtaking: in the darkness, a figure on the balcony is looking at the sea, illuminated only by the moonlight.

Slowly, the sound of the waves crashing on the beach crosses over to the rhythm of the Swans’ song “Our Love Lies” and a gentle tracking shot backward shows an old man wrapping a letter around a wine bottle. He drinks what will be his last sip of wine. The old man, Eliko, is found dead... The only ones who seem to care about his sudden death are Amnon and his granddaughter, who run the beach bar Wet Sand in a small village on the coast of the Black Sea, in Georgia. When the striking Moe arrives from the big city to give her estranged grandfather a proper burial, mysteries from the past start arising and the apparent peace in the village is disrupted.

Naverani’s style is slow-paced and accompanied by a sophisticated and mellow soundtrack. The vivid and beautifully shot images are not only a matter of scenery, but they reflect on the village’s inhabitants’ feelings and their relationships. Wet Sand is a transformative melodrama that deals precisely with something that’s unfortunately been a big issue in Georgia lately: the oppression of human rights, and specifically the fight for the rights of LGBT people.