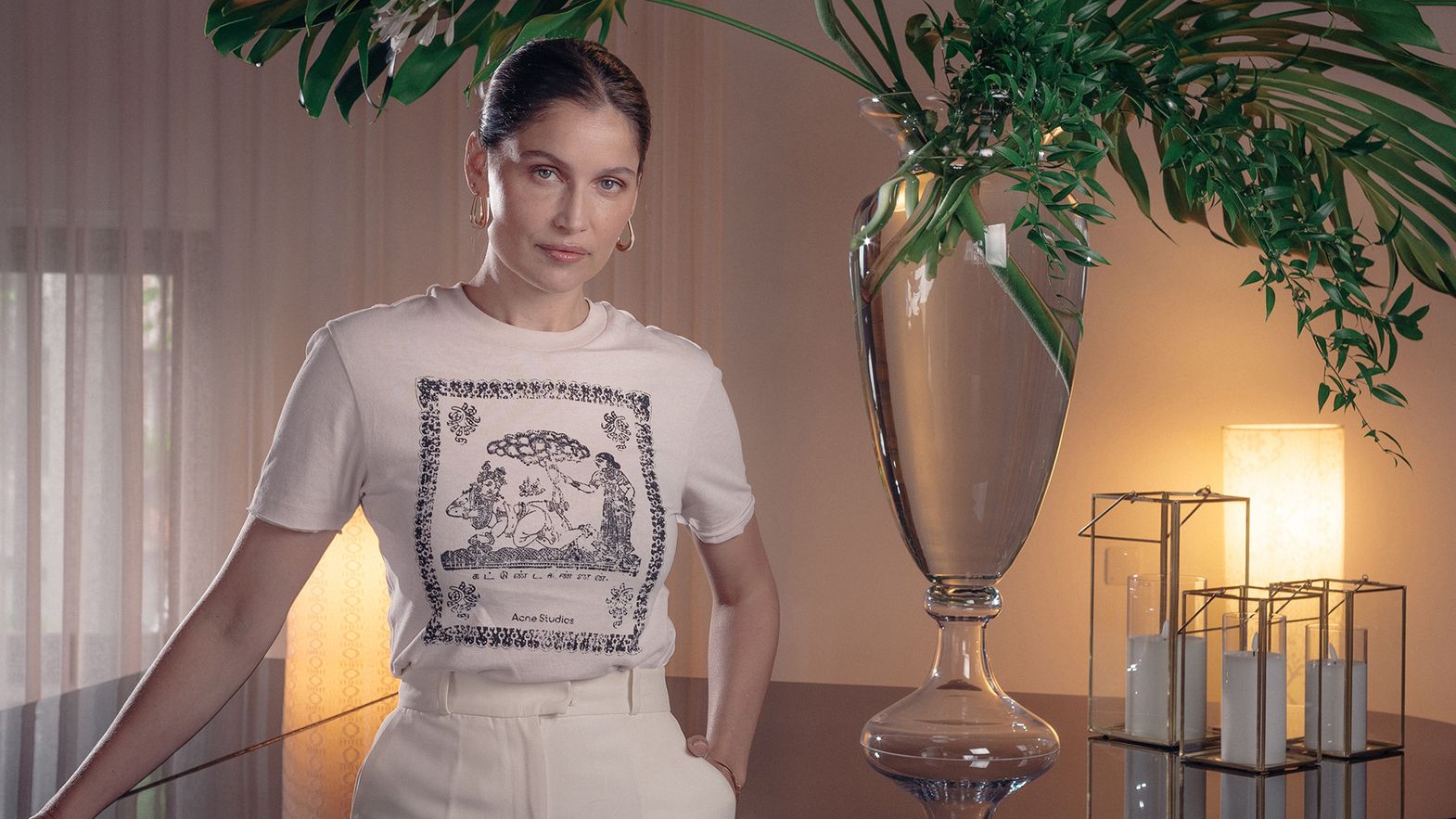 Laetitia Casta, you had a dazzling start to your career: modeling from a very young age, and then your passion for cinema led to your debut in 1999 in Asterix & Obelix vs. Caesar, but then you soon worked with directors such as Raúl Ruiz and Patrice Leconte. What memories do you have of that time?
At the time I had no ambitions or defined career plan. My only concern was to do well and succeed in what was asked of me. The passion for cinema took hold little by little, in particular through encounters with the directors.

An artistic journey is also made up of encounters. Which ones have been pivotal to your career?
Yes, there are also encounters. The one with Yves Saint Laurent at the time when I was a model was fundamental to my career as an actress. He kept telling me I was made to be an actress. At the time, it bothered me a lot because I had the impression that he was almost scolding me, while I wanted him to like me. He was a visionary in many areas, and he saw a natural talent in me.

Among the films that will be screened, you have chosen A Faithful Man (L'homme fidèle) by Louis Garrel, your partner in real life. What are the benefits and risks of bringing the chemistry of private life to the set?
The two shouldn't be confused when you're in the creative process, as in the film La Croisade, whose screenplay was written with Jean-Claude Carrière. At that moment we are all engaged in working together. It is a collective work where everyone has a specific task. The only advantage might be for director Louis Garrel, who I like with, who now has his actress available 24/7.

Another important moment: you worked with a cult director like Tsai Ming-liang, in 2009, in Face (Visage). What is your memory of this experience?
Tsai Ming-liang was absolutely wonderful. The work took place as if in a dream, I was in his subconscious. Actually, there was no script. He created the atmosphere with incense sticks and good luck charms that transported us. It was an intergalactic journey.

In a contemporary context, beauty can be an advantage but also a limitation for an actress, bringing with it expectations and clichés that are difficult to overcome...
When I was preparing Joann Sfar's film Gainsbourg (Vie héroïque), Brigitte Bardot told me: “Don't try to make yourself ugly to be considered a good actress. Time will tell. When you're 50, people will start to consider your work." She wasn’t wrong.