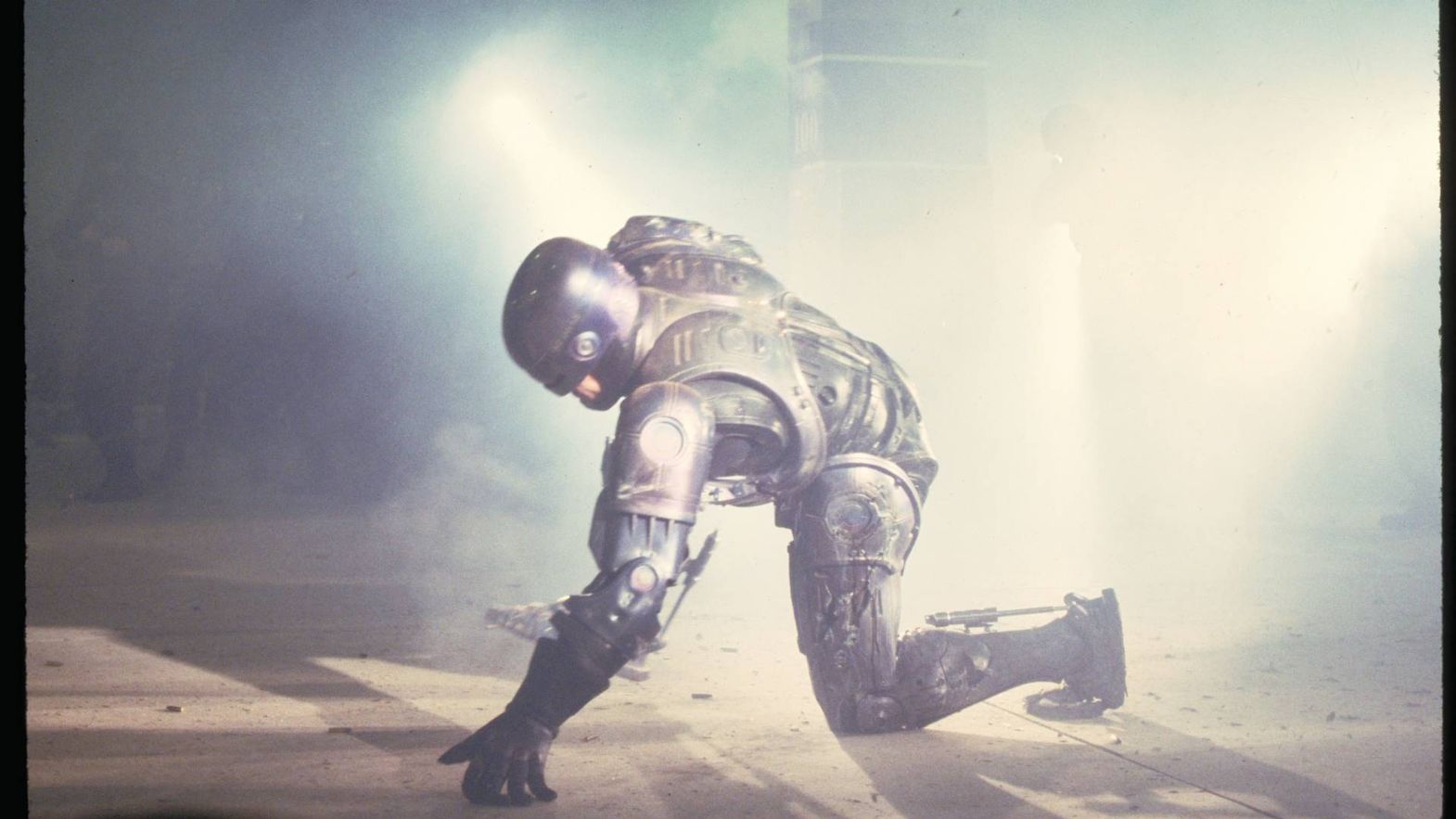 Very few movies have defined the aesthetic of mainstream cinema in the ’80s as much as RoboCop. The special effects created by Phil Tippett made this sci-fi one of this genre’s milestones, capable of shocking both the American and the international audience.

The visual grit of a mise en scene pushed to extremes, which shows urban violence in all its bare truth, has been obtained by the master FX coordinator’s inventiveness, here in his first collaboration with Paul Verhoeven: a professional partnership which ended up being artistically fundamental for genre cinema, thanks to a shared vision of a nihilism which would be repeated a few years later through another cult movie, Starship Troopers.

Unlike the mainstreaming production of that era, filled with a conservative subtext – especially the box-office hits starring Sylvester Stallone and Arnold Schwarzenegger – on RoboCop, Verhoeven and Tippet prefer to challenge the system, questioning it from the inside.

On the surface, the movie can be boxed in that kind of production endorsing the Reagan era’s "law and order" philosophy above social conventions, while the story of the gritty protagonist played by Peter Weller wants to show the dark side of law enforcement.

The cyborg-cop doesn’t look for a real solution to criminality but, in a provocative way, is a band-aid which covers but certainly doesn’t heal or even less fixes the disease.

Viewed as such, RoboCop – shown at Locarno 74 because of the Vision Award to the great Phil Tippett – is a toy intended to break, to become dysfunctional because of the creation of a system that doesn’t really want to change the status quo.

And this is probably what makes Verhoeven's masterpiece actual, today more than ever…