Once again, the Locarno Film Festival and the Geneva International Film Festival (GIFF) will offer the audience a VR journey: a booth in Largo Zorzi, eleven days of free-of-charge programming, six films, a unique experience 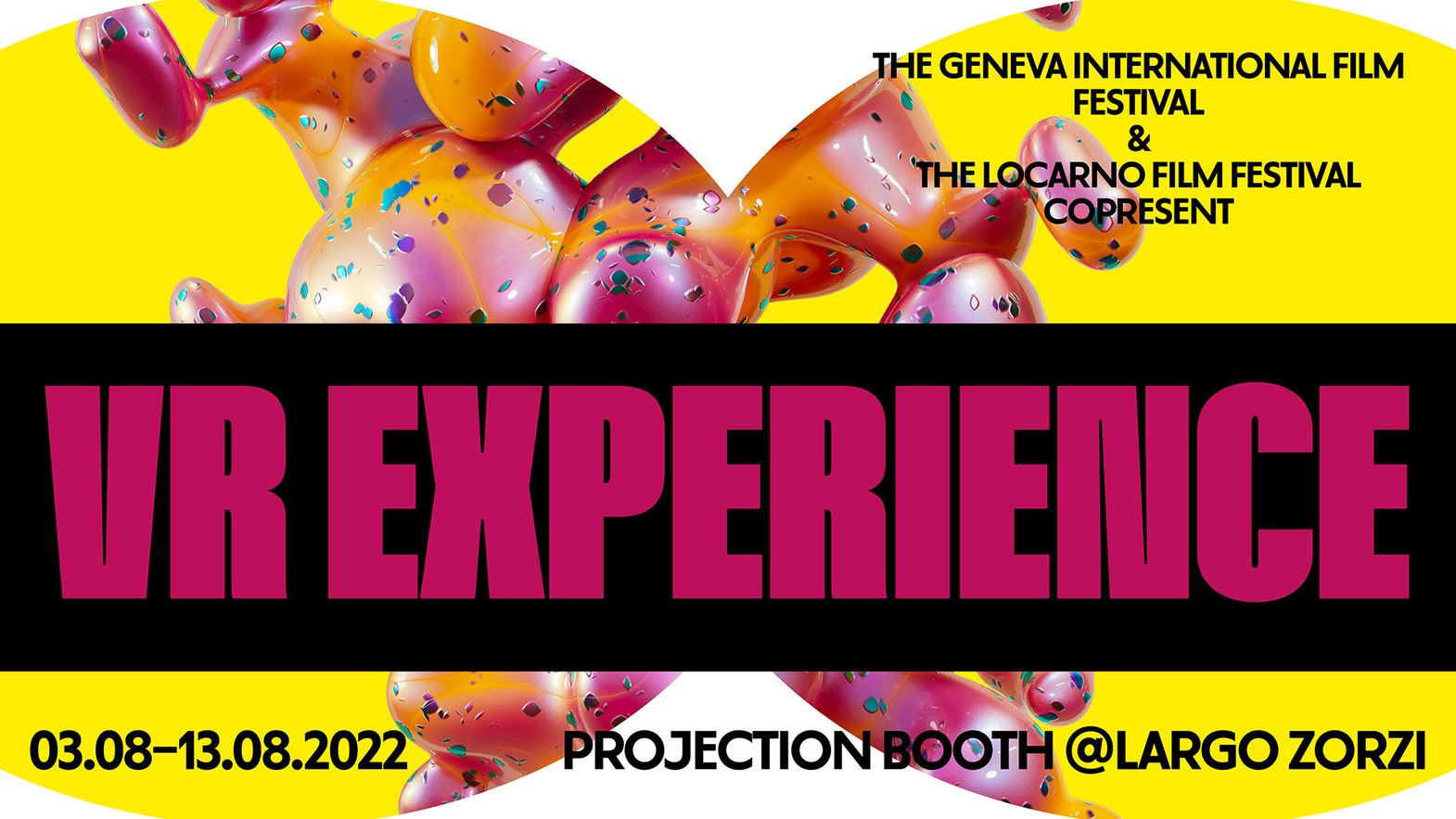 From Largo Zorzi to parallel universes, Locarno and its old projection booth, restored by Bonalumi Engineering SA, will once again be the starting point for a journey through virtual reality. The Locarno Film Festival and the Geneva International Film Festival (GIFF) have partnered again for an immersive experience acquainting the Locarno75 audience with new audiovisual languages. A thrilling experience, a free journey, and an exclusive program.

Virtual reality is not just a technological surprise, but a veritable cinematic experience. The VR program at Locarno75 will showcase works by François Vautier, Chou Tung-yen, Mali Arun and Mihai Grecu. These four filmmakers, and their movies, will accompany viewers across genres (animation, docufiction, erotica and thriller), with an added dimension.

Vautier, a French director, decided to decode the future as imagined by Arthur C. Clarke (I Saw the Future) and the work he did with Stanley Kubrick (Odyssey 1.4.9), as well as humanity’s future in a geometric dimension with shifting shapes (Recoding Entropia). Taiwanese filmmaker Chou Tung-yen will surprise the audience by unveiling, through the mist, the touch of desire and sexuality (In the Mist). Aerial, suspended presences are wiped out by crime and flesh in French director Mali Arun’s Mutatis, immersed in the cold neon light of a botanical garden, and the visionary power of Francisco Goya, as reinterpreted by Romanian filmmaker Mihai Grecu in Saturnism.

Inside the iconic projection booth, which has “landed” in Largo Zorzi for this year’s edition, the Locarno75 VR program will be split in two sessions: one in the morning, from 10 AM to 2 PM, open to everyone (40-minute sessions), and one in the evening, from 5 PM to midnight, for people over 18 (50-minute sessions). Each session can accommodate up to 8 viewers, hence why it’s recommended – but not mandatory – to reserve your seat with the link below or on the project’s dedicated page. All sessions are free of charge.

Next Stop: the Future

Once again, the Locarno Film Festival and the Geneva International Film Festival have joined forces for a shared meditation on the future of cinema, its languages and, most importantly, its consumption. For this reason, the Locarno75 VR program will also include a conversation between Kevin B. Lee, the Locarno Film Festival Professor for the Future of Cinema and Audiovisual Arts at the Università della Svizzera italiana (USI), and director François Vautier, at the BaseCamp Pop-Up, inside the Istituto Sant’Eugenio in Locarno, on Tuesday, August 9, at 5.30 PM.

Book your free seats for the VR experience