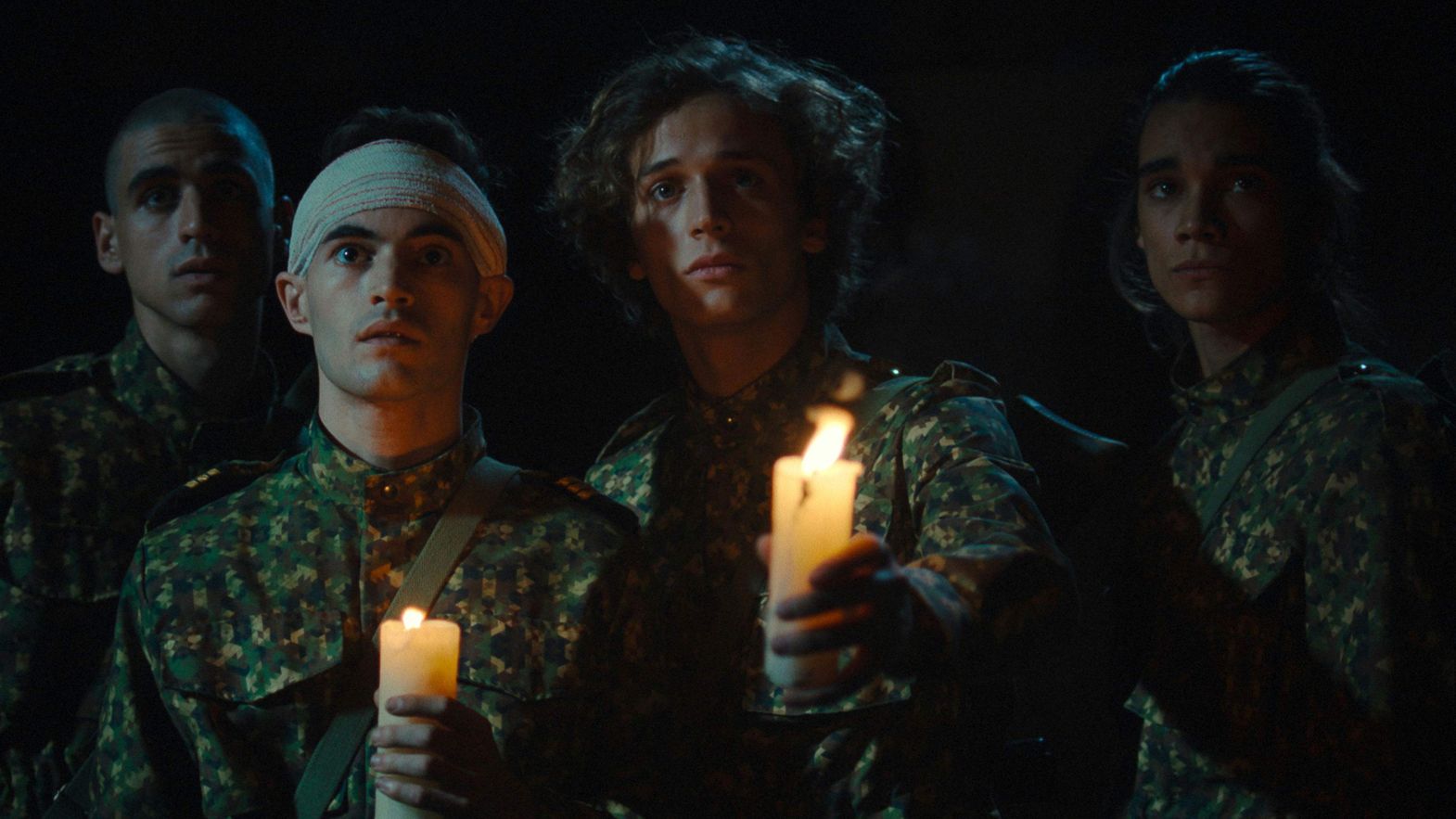 “Nação valente, imortal.” “Brave, immortal nation.” Portuguese filmmaker Carlos Conceição borrowed the original title of his new feature from the second line of his country’s national anthem, leaving out “immortal” – although “undead” would have been more apt. The patriotic song calls to take up arms (such as the Tommy Guns of the English title) and proudly fight for the splendor of the Motherland “sobre a terra, sobre o mar”: “over land, over sea”.

It is precisely overseas, in Angola, that the film takes us. The year is 1974, shortly before the country’s independence from its European occupier after years of armed struggle. The local groups are starting to overcome the Portuguese military and missionaries, and the dead seem restless underground.

After an opening in the midst of the confrontations, we jump to a black man trying to flee the Portuguese military he works for, but a furious colonel catches him and mercilessly orders baby-looking corporal José (Serpentarius’s João Arrais) to shoot him dead. We are now in the barracks, where the mad colonel trains his peculiar group of young soldiers. Some wish to run away from the vast territory that they guard, but a huge concrete wall topped with barbed wire makes it impossible to leave. It is not meant to lock them in, the oppressive father figure insists, but to protect them by keeping the enemy out.

Conceição returns to Locarno, where nine years ago his short Versailles was selected in Pardi di domani, followed by the impact of his début feature Serpentarius at the Berlinale Forum in 2019. With his sophomore feature, the Angola-born filmmaker reflects on Portugal’s imperialist history and on the echos of colonialism today. The past will haunt us if we are unable to learn the lessons and progress, he seems to tell us. Not necessarily in a quest for revenge (though justice would be welcome), but in an attempt to warn us, and prevent us from perpetuating and justifying totalitarian structures out of blindness and ignorance.

Vasco Viana’s cinematography and António Gonçalves’s editing create the uncanny atmosphere and rhythm that drive the film as it builds up gradually, both in its narrative and in its intensity. The dots start gradually connecting, and the cracks start to open. The Pardo d’oro contender exposes the (non)sense as well as the permanent threat of war – while keeping it mostly off screen, drawing both from a long tradition of movies about armies under the influence of delirious tyrants… and zombie films.