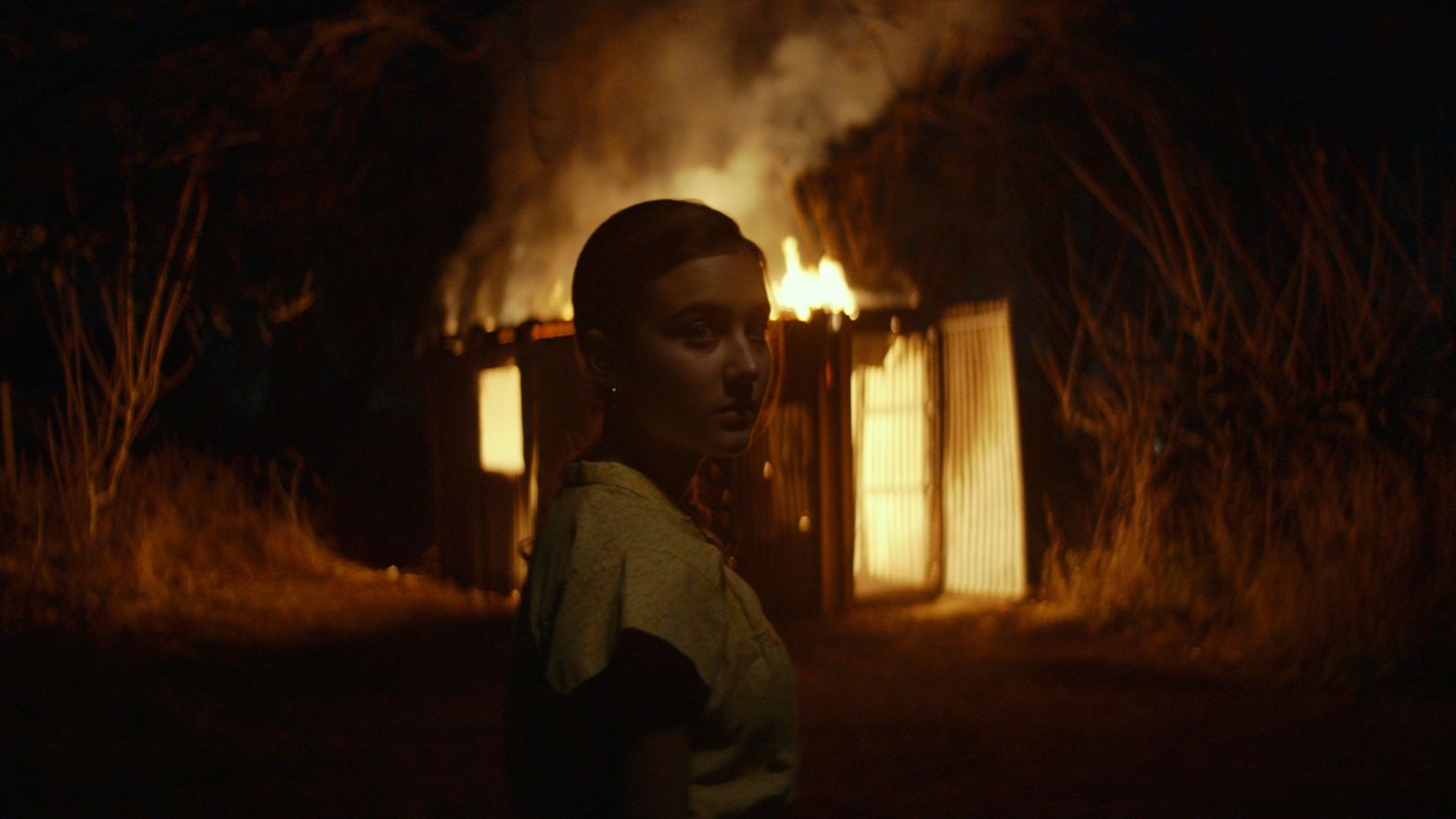 The life of a suburban Naples district is teeming. A community in upheaval accompanied by the soundtrack of radio broadcasts that report the Italian football championship and, above all, the deeds of the prophet who promises to rise to the role of a god, helping to bring the long-awaited football championship to Naples. It’s 1987, and Diego Armando Maradona brings redemption to the lives on the edge of a microcosm in turmoil for the arrival of an elevated road that will connect it to the city center. `Follow the money, says the handbook of wise interpretation of the endless rivulets of corruption between politics and crime. In this context, Nicola Prosatore eavesdrops on the fates of a number of characters on this theatrical stage where everyone knows everything about their neighbor. Courtyards and alleys of a world in which thirteen-year-old Anna tries, through music, to escape from a daily life that no longer represents her, with a mother who dumps all her failures on her, she wants her to be able to realize her own disappointed dreams.

The "Piano Piano" of the title sounds like an attempt to normalize an animal in a cage, as well as the re-enactment of that music which, for the girl, represents the escape route to adulthood. The world of strict boundaries in which she moves is getting increasingly constricted, the urge to cross the Pillars of Hercules is too strong, as are the first amorous stirrings with a boy her age. A revolution shakes the established order of the neighborhood, even that of petty crime, favoring a realignment of priorities, while the interpreters of human comedy take a step forward towards an uncertain but electrifying future. Maradona, on the other hand, turns a dream into reality, like a free kick right in the corner of the goalposts. Napoli wins its first championship.