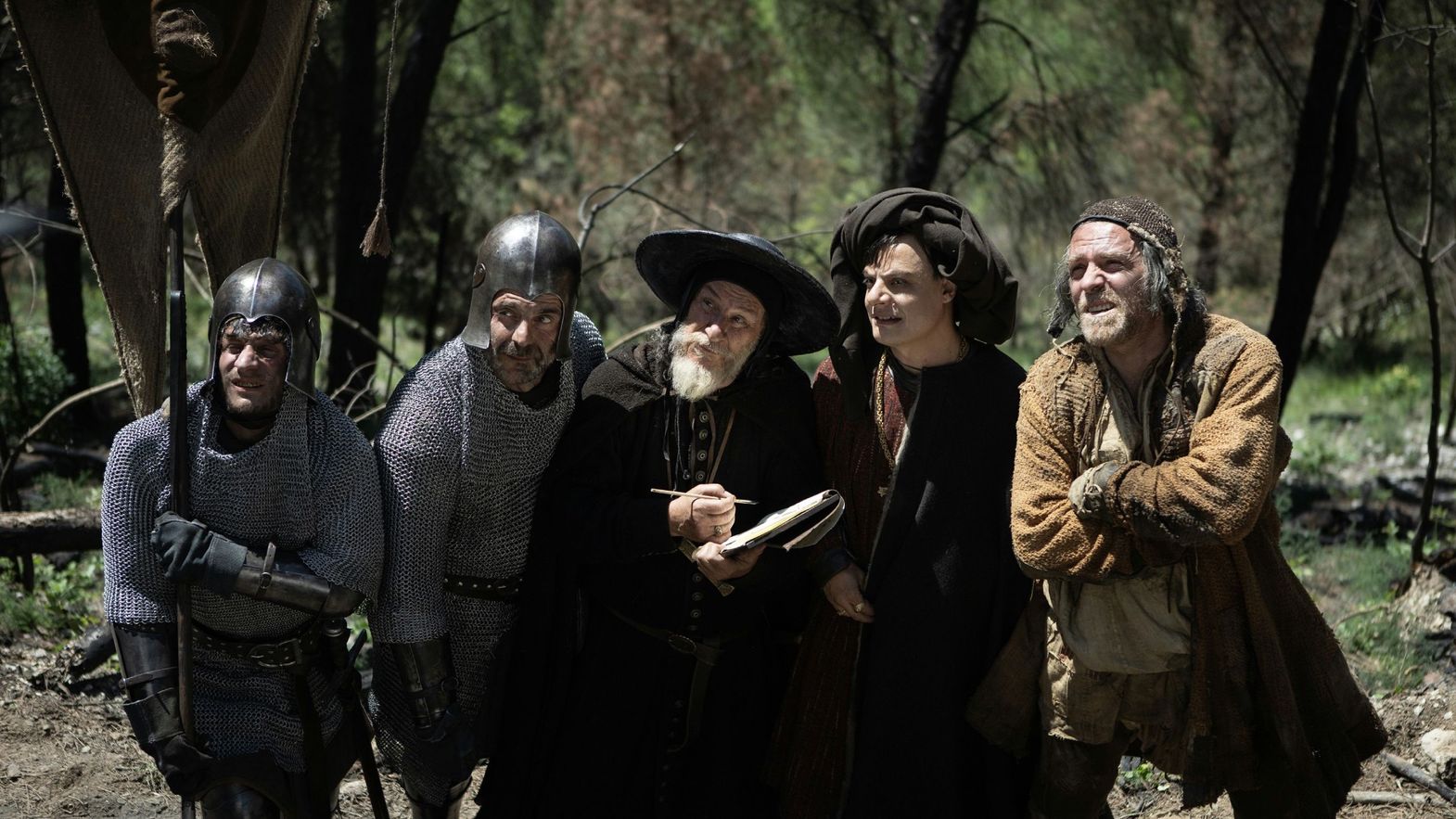 Among the mythical films of Italian cinema we can count For Love and Gold (1966) by Mario Monicelli, a reverie about a purely imagined Medieval period, in which the comic invention given to Vittorio Gassman and Gian Maria Volontè is a vernacular Italian that effortlessly elicits laughter. The director stated that he got the idea whilst peeking into the laboratories of CineCittà some scenes from a film by Luigi Malerba and Antonio Marchi of 1955, entitled Women and soldiers, not yet released at the cinema. And It was Malerba, a refined writer of the literary circle, Group 63, who certainly knew how to play with language in a witty way, and who later wrote Il Pataffio, a novel that has much to share with For Love and Gold.

The director Francesco Lagi (accompanied by the careful production of Vivo film), already a careful re-reader of literary texts in between cinema and theater, embarks on the enterprise of re-staging this apology on power, mostly forgotten in Italian literature, which plays with the iconicity of grotesque characters and paradoxical situations. The group led by Marconte Berlocchio (an extraordinary Lino Musella, who juggles perfectly in the change of tone of the film) and his fresh wife Bernarda (the lavish Viviana Cangiano) becomes the farcical representation of a power that has now lost all credibility. And this passage definitely lends itself to a look at the current Italian political scene, invaded by populism. The fake nobleman is the deceived deceiver who finds as a dowry of his rich wife not a precious fiefdom but a pile of rubble, and more... to defend them there is the leader of the people (Valerio Mastandrea) who is not ready to give up the little he has. The less the influence of the prelate's Latin speeches (Alessandro Gassmann), the better the reasoning of the bailiff (Giorgio Tirabassi), but above all it will be difficult to come to terms with the misery, which reveals itself to be first and foremost human.

Filmed as a miniature manuscript, whose minimalism also proves to be a strength, the film has the boldness of a comedy, knowing how to make a mockery of an invented language that continues to make us laugh, but progressively reveals its bitter side, as if to emphasize that happiness ends, while the hungry only continue to suffer.

Curiosity
The soundtrack of Il Pataffio is by the Italian composer and pianist Stefano Bollani. Among his many works, in 2010 he set to music The General (1916), by Buster Keaton.