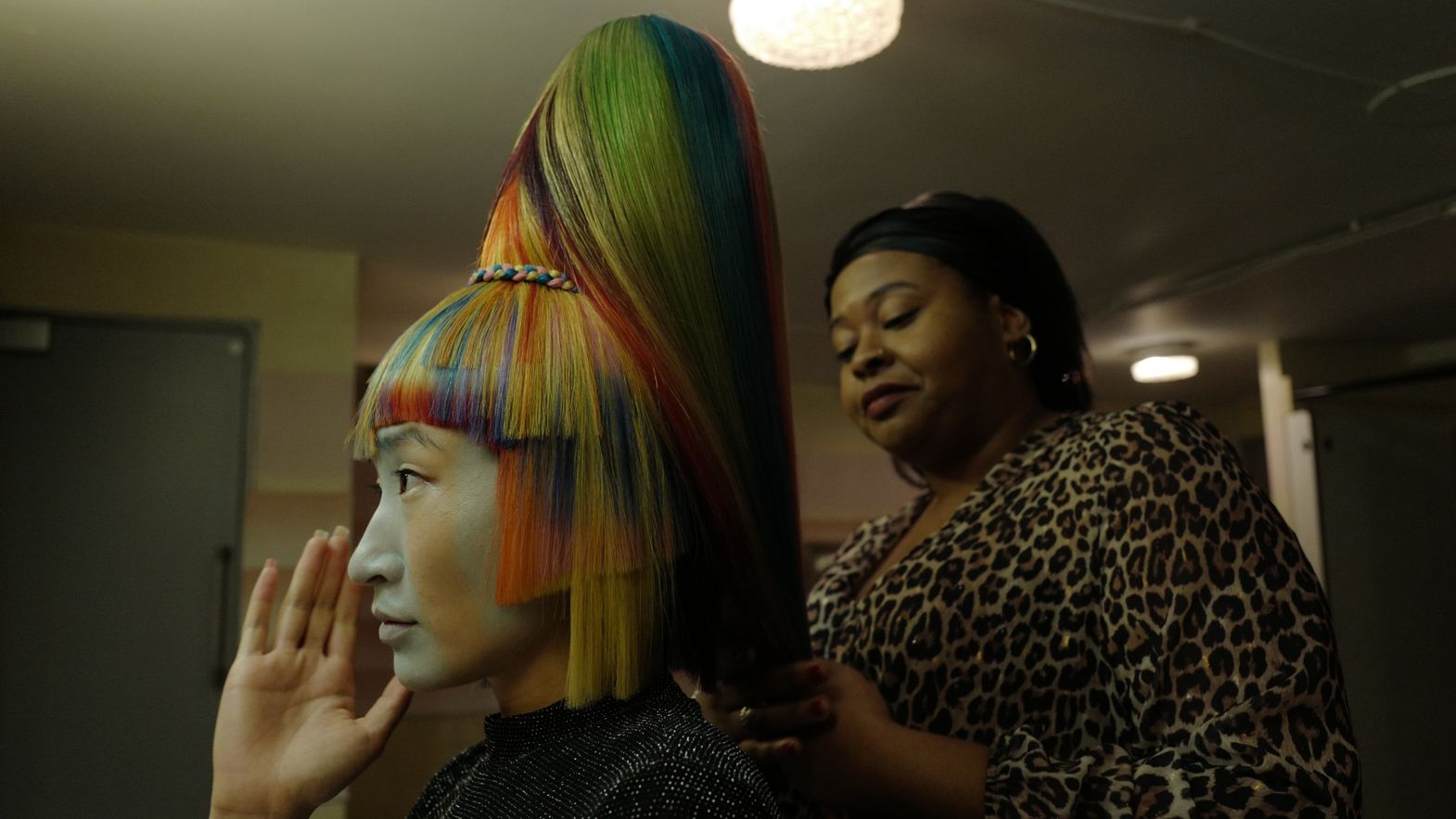 A hairdresser's contest in which a group of colleagues, friends but rivals, participate. A mysterious murder that removes one of the potential favorites for victory. A microcosm ready to explode in all its vain humanity. This is Medusa Deluxe, Thomas Hardiman's debut behind the camera. A director who certainly shows no awe, as he organizes his feature film as a single plan-sequence which intends to unravel the murder-mystery plot  while revealing a very precise social microcosm, composed of a group of people united by a passion for hair styling but at the same time divided by life itself. The main referent could only be Rope (1948) by Alfred Hitchcock, to whom Hardiman is inspired not only for the film prodigy but also in the desire to represent with a satirical background people at the limit, ready to explode. Medusa Deluxe is in fact down in its soul a comedy of costume (and hairstyles ...), in which you have fun - a lot of fun – getting to know the various characters and their internal dynamics. Hardiman also wrote the screenplay, structured according to a precise design: in the first part he builds a human mosaic using the tones of acid comedy, while slowly letting the mood slide towards melodrama without losing internal coherence. And precisely in this the plan-sequence contributes substantially, managing for once to increase the realism of the situations and characters instead of showing itself as a mere exercise in style for its own sake, a mistake that is too often committed when used improperly. The result is a feature film that has a very clear energy, created by the screeching of opposites that collide: the elegance of the formal choice in a certain sense contrasts the representation of ‘earthly’ psychologies, sometimes even petty ones, which even with their perfectible characters are perhaps closer to us than we would probably like to admit. And it is in the end (also) this, that makes Medusa Deluxe a film imbued with human warmth, which somehow forces you to side with these characters while not necessarily appreciating them in full.