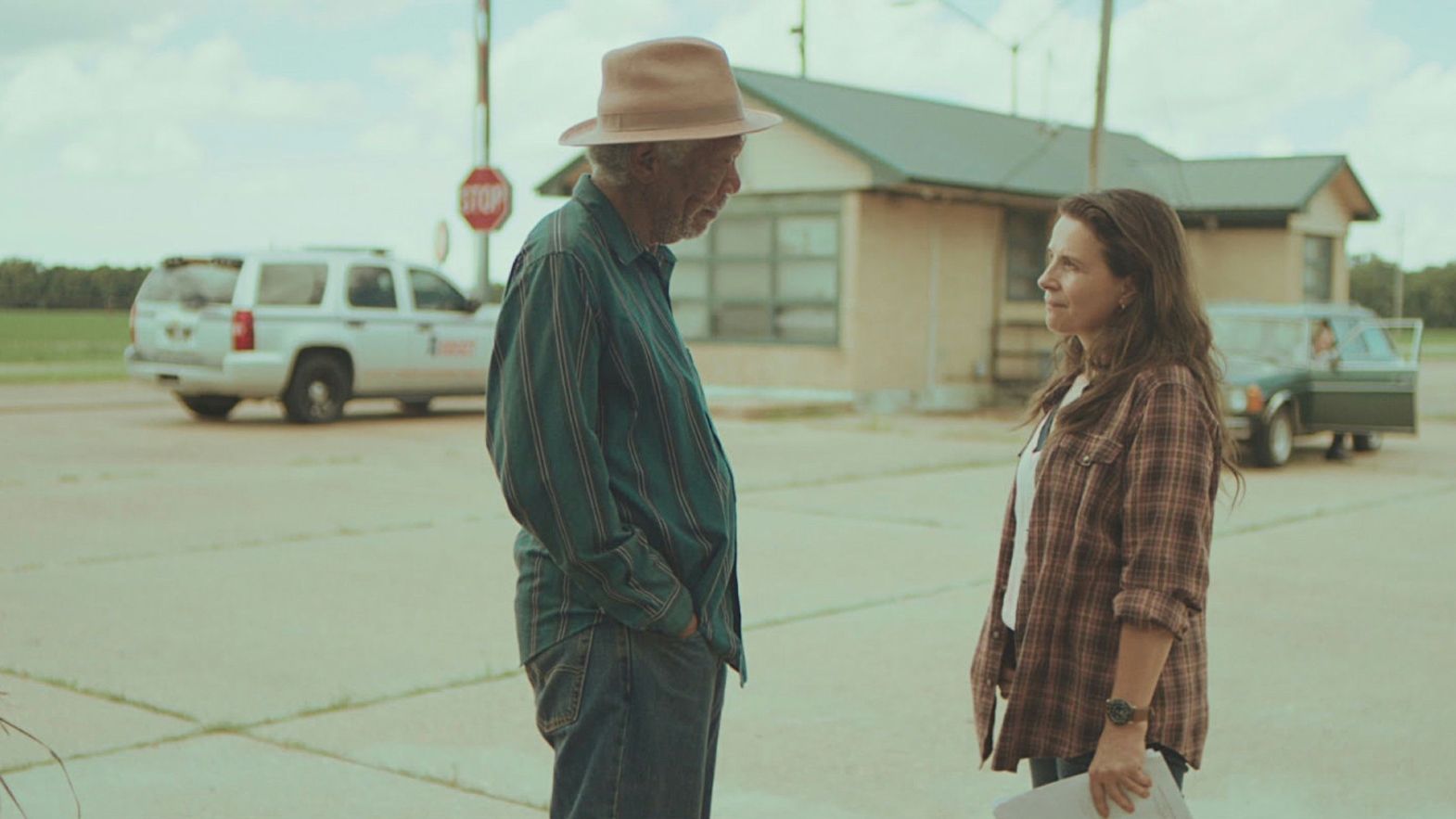 Sally is a truck driver hardened by the road, but with her heart in the right place. Her brother Dennis is in prison, where she visits him often. But when a ferocious gang of criminals threatens him, he is forced to ask for a huge favor from his sister, a request that will test her will and conscience: smuggling illegal goods on board her truck. But the situation instantly worsens as soon as Sally discovers the nature of the ‘package’  to be transported: not inanimate merchandise, but Leila, a kidnapped and frightened little girl.  The FBI is already on the trail of the disappearance, under the supervision of Gerick, an agent with fifty years of service behind him, and wisdom and humanity in abundance. From here starts a journey across America and its endless highways, symbolic paths of escape but also of connection, lines that shorten the distances and that will change forever the lives of the characters. This is Paradise Highway: a film that turns the spotlight on the horror of human trafficking, a thriller with the dynamic soul of a road movie.  Paradise Highway is a film that, thanks to the warmth of an all-female directorial gaze, manages to balance tension and tenderness, thanks especially to the magnificently rich performance of the consistently great Juliette Binoche. It is through her portrayal of a woman, determined and courageous, that the viewer follows the story. We discover her soul in the relationship with Leila, a relationship that transforms over time and which will leave its mark. "Do you ever feel alone?" the little girl asks. "Always," Sally replies. The young Hala Finley is the other great revelation of the film, a real promise of future cinema, perfectly in tune with her other co-stars: Frank Grillo, always a solid certainty of genre cinema, and Morgan Freeman, a sacred legend already enshrined in film history. The merit of such an intense and effective cast is all down to director Anna Gutto, a Norwegian based in the USA.  In her first feature film, made after years of immersive research between the community of American truck drivers, Gutto confronts the thriller, a film genre that has always been considered the preserve of male directors, with style and confidence, managing not only to keep the pace and tension high but also to infuse it with a sensitivity that both warms the film and illuminates it from within.