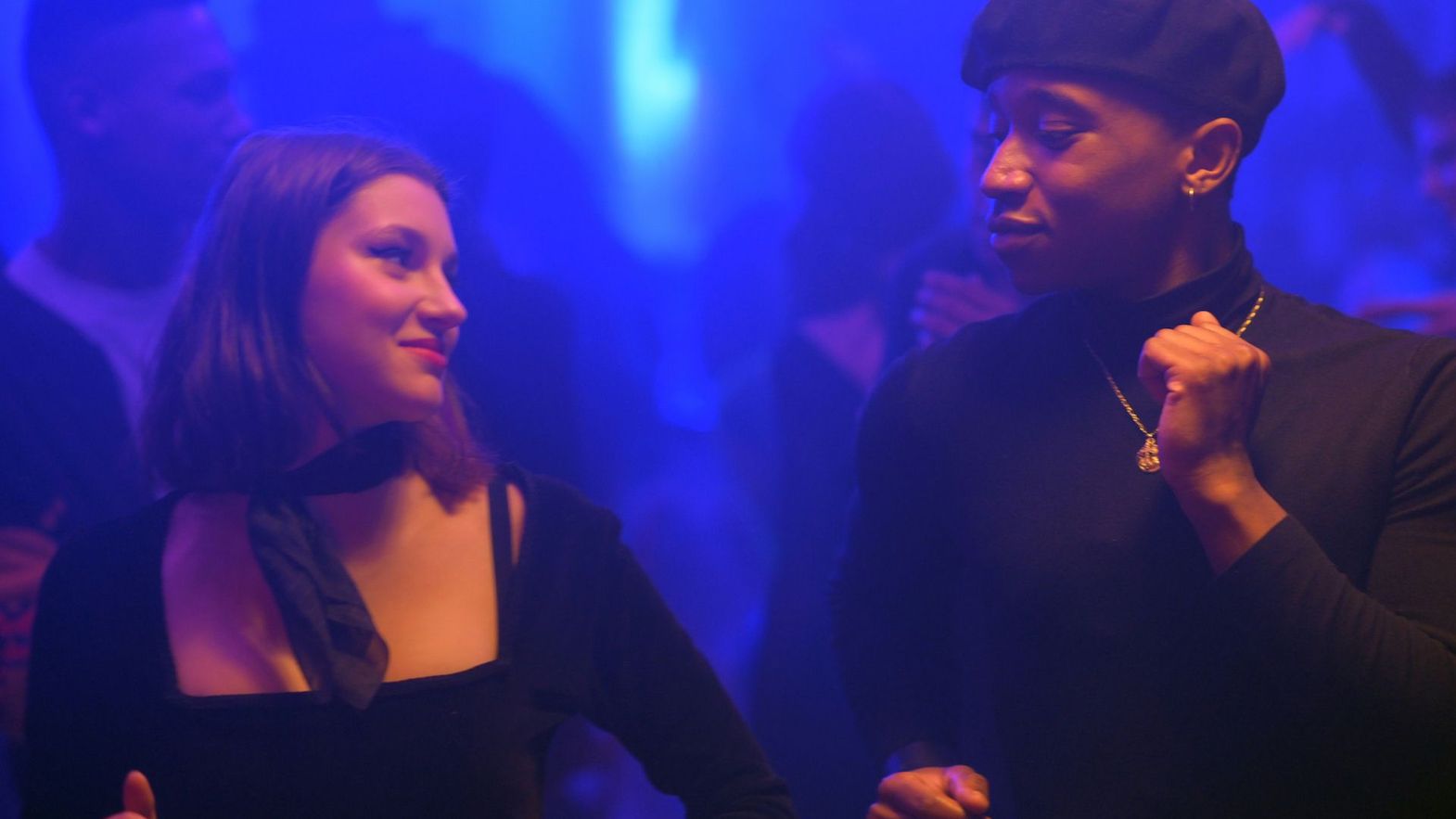 Sylvie Verheyde grew up in a café, “a place where regular patrons form a kind of family”. Her mother’s café, the high school and the nightclub Les Bains Douches are the three places in the film that correspond to the three families of the character of Stella, who we find eighteen years after first meeting her in 2008, in the film Stella. The director first introduced the character as a teenager in 1977. In Stella est amoureuse we see her again, this time with the face of Flavie Delangle, in 1984, the last year of high school, with her friends and parents, played by Marina Foïs and Benjamin Biolay.

Stella is bored with high school where she knows she is the social outcast, drags her detachment to the cries of "you're too boring, too slow, already dead," and dreams of another world, which she discovers in the Les Bains Douches nightclub. She wants to enjoy life. For one who hardly communicates with words, dancing offers a way of relating to the other. The other is André, with whom Stella falls in love.

Stella appears in almost every shot in the film. The magnificent photography of Léo Hinstin sticks to her gestures to overcome her shyness and, in tune with the rhythm of the editing, binds to a lesson scene, a body, a slap, a dance to show Stella stuck in a present made of unexpressed desires.

Stella est amoureuse is a dive into the nighttime Paris of the Palace and Bains Douches years, an era full of optimism and economic prosperity, full of partying and ostentation. The era in which Pascale Ogier was one of the leading lights, especially in Rohmer's film Full Moon in Paris, shot at the Bains in 1984. Sofia's character, through her haircut, is a tender evocation of this.

Supported by some iconic songs by artists who have performed in the venue, such as Blue Monday by New Order or Téléphone, the soundtrack also boasts original compositions by Nousdeux the band, already part of the artistic team on the first Stella. The costume choice  was supervised by the director herself, who took the opportunity to ogle, with a small red dress, to Emmanuelle Seigner in another film, shot in 1988 in the same places.

The filmmaker is not limited to 1984, but also invites other characters who marked the creation of the Parisian night to participate, including Cathy Guetta, and we are then busy guessing others as if we were Farida Khelfa, the great physiognomist. Therefore, beyond the very careful attention given to Stella, the director is committed to capturing the identity of this mythical place, a full-blown character within the film, a symbol of an era of freedom.

Curiosity
Flavie Delangle, who plays the role of Stella, the protagonist, was launched in France by the TV series SKAM, in which she plays Lola Lecomte.