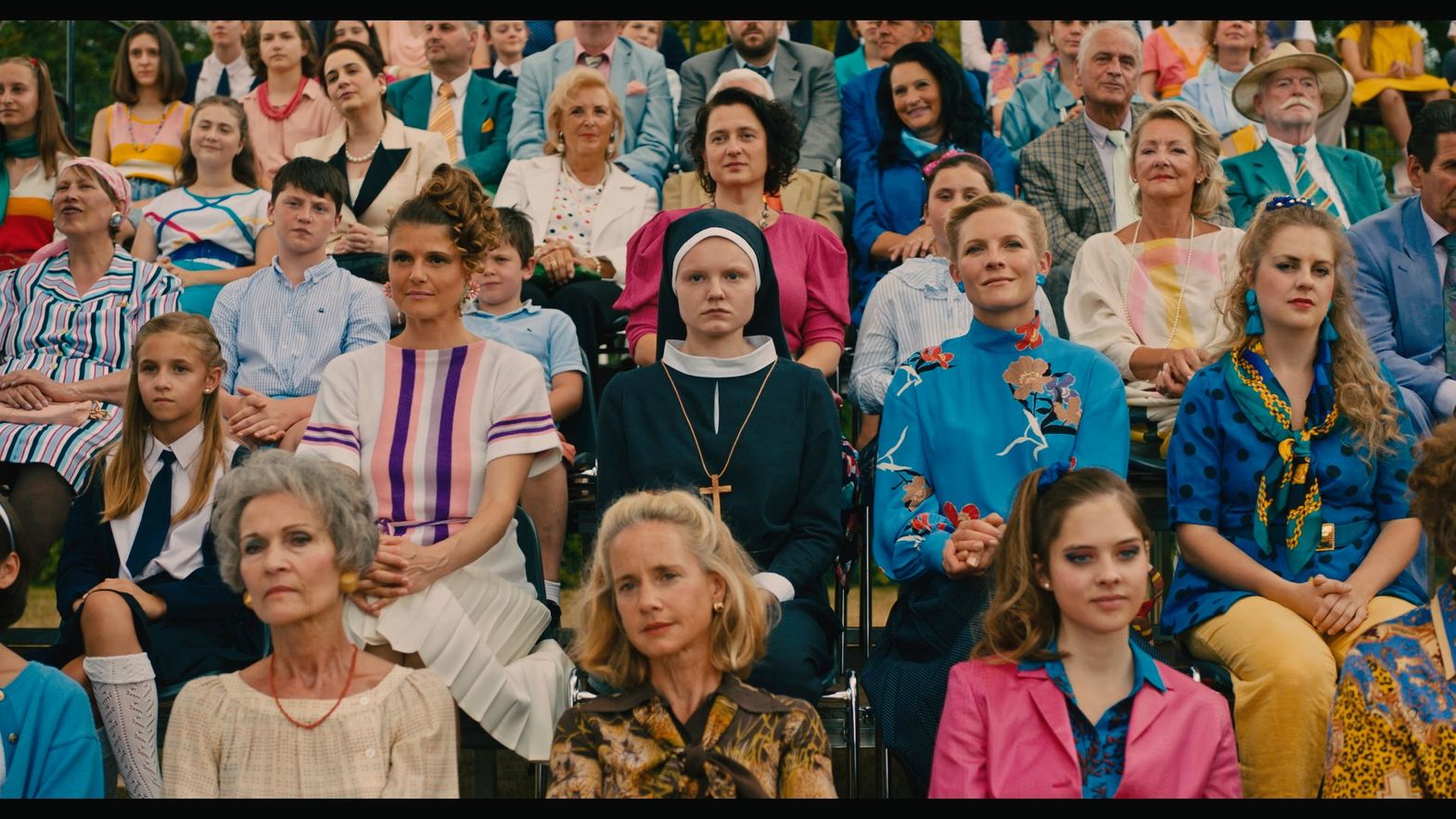 Austrian artists, in literature as well as cinema, are renowned for their candid and uncompromising approach to sociohistorical realities, especially when portraying their own country. Ruth Mader’s film belong to this rich national tradition. Whereas her earlier work stuck closer to realism and documentary, with Life Guidance in 2017 she veered into science-fiction. Serviam – Ich will dienen continues along this trajectory, borrowing from the thriller, horror and fairy-tale genres, while bringing the narrative closer to home.

The action takes place in Austria sometime in the 1980s, at an elite Catholic boarding school for girls. Despite the period setting, Mader’s purposely sparse use of temporal markers – the school secretary’s typewriter, a conspicuous lack of mobile phones – invites the viewer to reflect on the story’s contemporary relevance. The film never leaves the confines of the school and its function as a societal microcosm is further underlined through the stripped-down mise en scène: the students wear plain black-and-white uniforms, the only decoration in the classrooms is a lone crucifix hanging on the wall, and the dormitories and hallways are equally bare. Taking full advantage of the building’s architecture, Mader and cinematographer Christine A. Maier isolate the characters in imposing and meticulous compositions so as to best observe the unfolding of power dynamics. Although at first all the roles in the film seem clearly defined, by the end the virtuous characters reveal themselves capable of evil and vice versa.

Through this crumbling of certainties, Serviam probes the possibility of faith existing in the modern world. Early in the film, a confrontation between a belligerent father and the Sister in charge – played by the terrific (and here terrifying) Romanian actress Maria Dragus – identifies her as a pious hold-out in an increasingly secular society. The school is her fortress but the student population is dwindling and the dormitories on the upper floors are deserted. Her favourite among the students is Martha, the only one who shares her devoutness. After the Sister secretly lends her a penance belt, Martha begins to develop sores on her abdomen that she believes are stigmata. Whether out of jealousy or fear of repercussions, the Sister locks her in one of the empty rooms on the top floor and tells the other girls that she has returned home. When this deceit leads to the death of another student, the Sister is forced to confront the impracticability of her beliefs – at least within the present context.

Curiosity
Ruth Mader screened her short Null Defizit at the 2001 Cinéfondation at the Cannes Film Festival, where she returned two years later in the Un Certain Regard section with her first feature, Struggle.