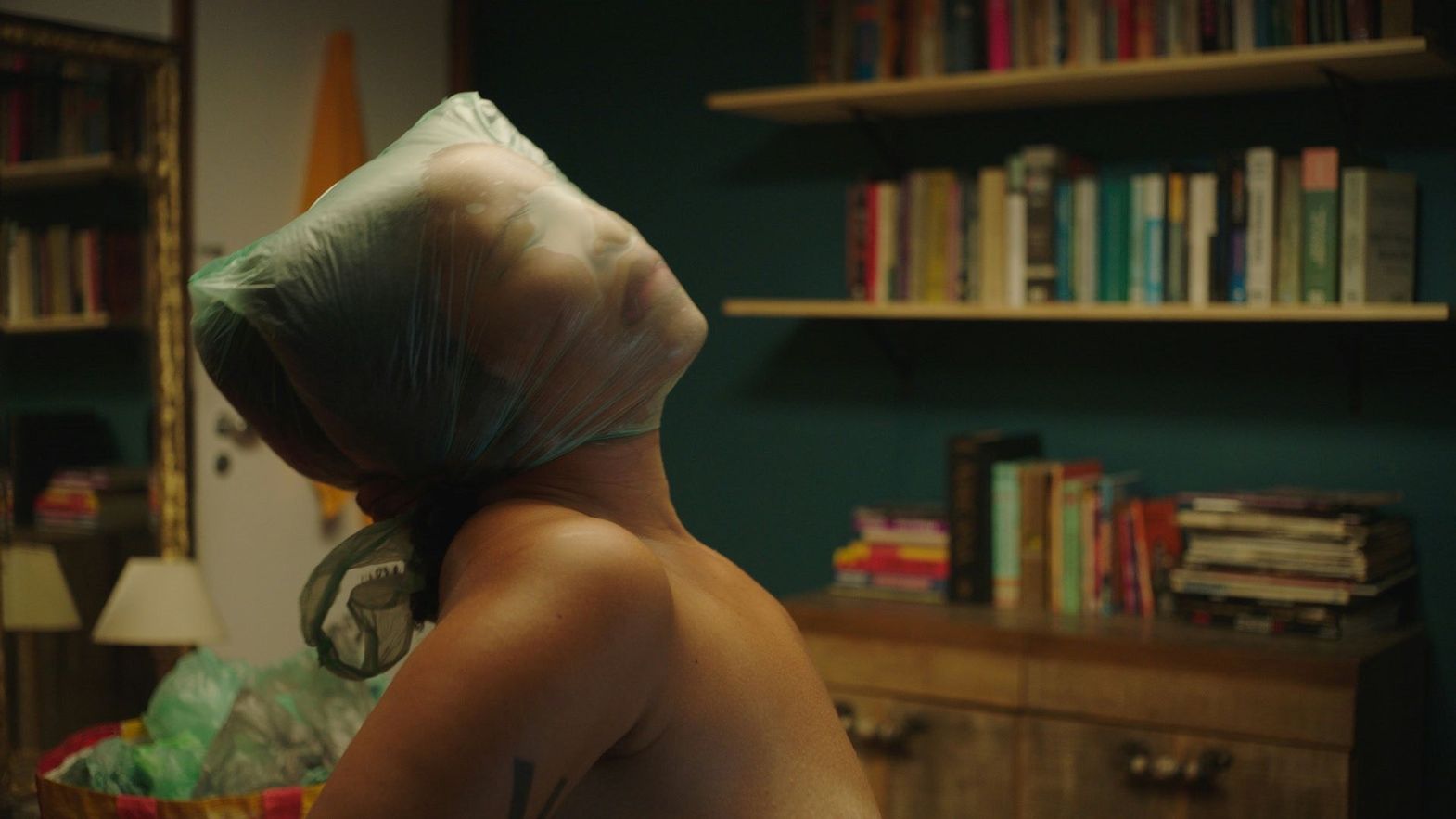 The film ponders on these and many other questions – but has the humility of not trying to offer answers – through Simone (Sol Miranda), who is training to become a public defender, while earning a living through Chaturbate and her monetized live-cam sex performances. She is well aware of both her privileges as an educated professional, empowered enough to feel free in her sexuality, and of her vulnerability today and historically.

In a new job, she counsels victims of domestic violence. In the classroom, along with her teachers and fellow rookie lawyers, Simone discusses and theorizes, trying to reconciliate their idealistic intentions of improving society, in the unavoidable detachment from reality that their protected position gives them, with the responsibility that the law and their own actions will have on people facing challenges they can only imagine.

In her bedroom, through the enticement of one of her unknown live-cam clients, and through her friend Nat (Isabela Mariotto), who both practice BDSM and produce art from it, Simone starts feeling drawn into experimenting new practices and introducing doses of violence and pain; either with her best friends Lucia (Lorena Comparato) and Coyote (Lucas Andrade), who are now occasional lovers, or taking risks on her own, despite the dangers everyone warns her of. The rational lawyer has all the resources to analyze questions of legality and consent, and the intelligent self-aware young woman can find the clever answers to eschew questions about her own desires being shaped by centuries of racial and gender oppression, and by the values promoted by the sex industry. But as she explores her own lust and boundaries, Simone might actually choose to forget about rules.

Curiosity
The film is produced by Tatiana Leite, a programmer, founder of Bubble Projects and contributor to projects and workshops like Open Doors, where she works as a project mentor.