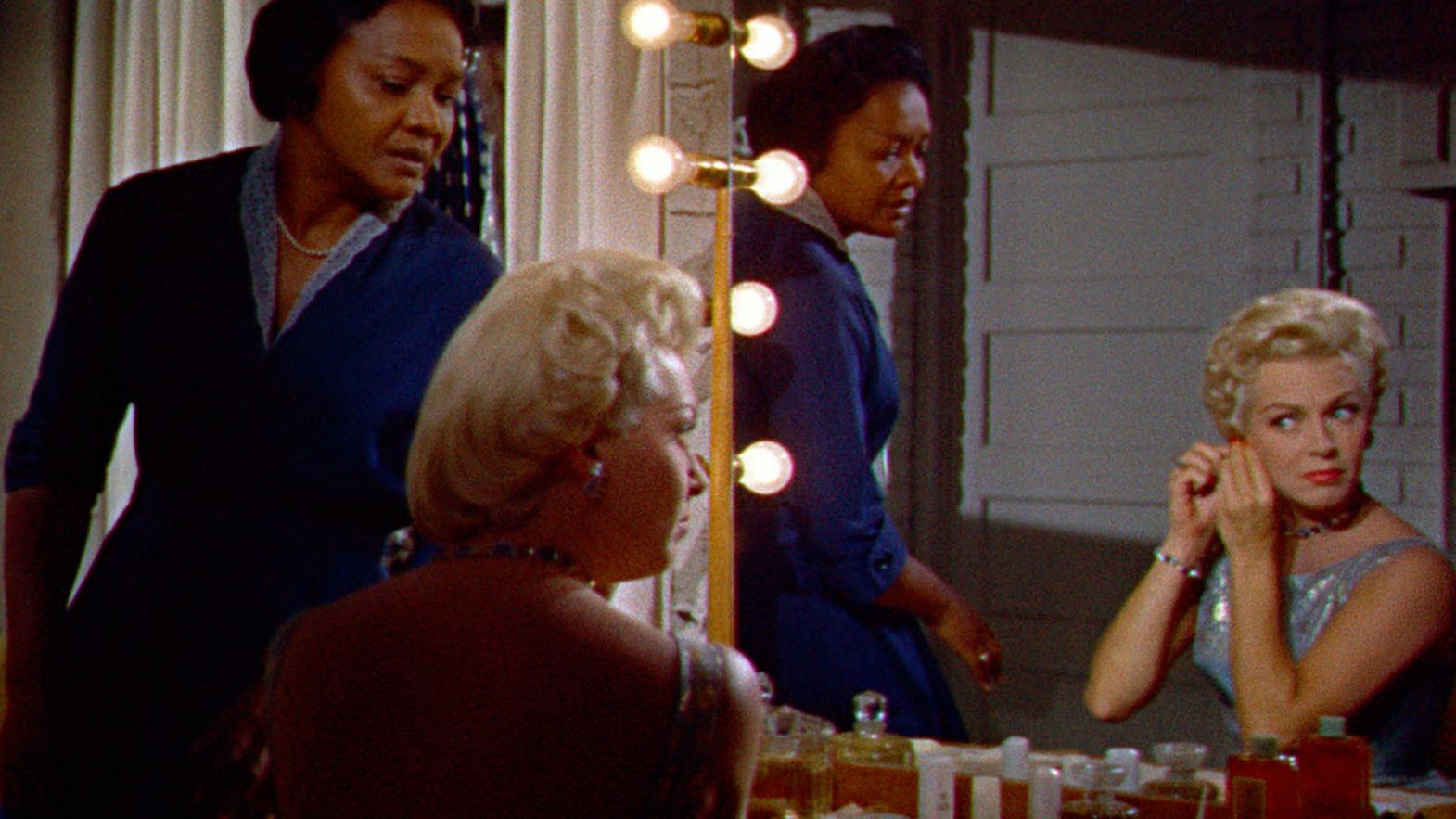 Douglas Sirk's last film shot in Hollywood, before returning to Germany, is truly extraordinary. It shows how for a great director remakes or, as would be more correct for Imitation of Life, new adaptations of a literary text (in this case the novel by Fannie Hurst already brought to the cinema in 1934 by John M. Stahl, in a beautiful version, unseen by Sirk) are often a challenge to prove that they have something unique and modern to offer viewers. And Sirk is certainly no exception, while not apparently making any particular changes to the story. The most obvious one, but in reality it is a substantial change, concerns the setting in the world of theater and in part of cinema, two universes that Sirk knows by heart and to which he does not spare a few digs. Lora Meredith, the character played by a convincing Lana Turner, who here is very far from the roles of femme fatale, does not simply want to make a career: her dream, even at the cost of neglecting her daughter Susie, is to become a star, on Broadway or on the big screen, perhaps acting for one of the most appreciated Italian directors such as Felluci (remind you of anyone?). So, in light of this, the title of the film takes on a deeper meaning. If you are careful, in the dialogues you will find endless lexical references to the semantic field of fiction. On the other hand, Lora is not the only one in the film to live life as a great play (think of Sarah Jane, for example). The direction of Sirk manages to enclose in just over two hours a series of events and twists, psychological evolution of the characters included, with the usual, enviable fluidity of story. There are many memorable scenes, but we only mention the incipit on the beach of Coney Island, in a film of rare compactness and density. Imitation of Life has almost epic ambitions, it is a real epitome of Hollywood melodrama: we cry a lot, and not only for traditional impossible loves. Try not to be moved when the legendary Mahalia Jackson sings Trouble of the World in church. In the film the racial question enters with arrogance as the dominant theme and goes to crack the relationships between mother and daughter, that is, between Annie and Sarah Jane, with the latter who, since childhood, is ashamed of the color of her mother's skin. Todd Haynes will remember it in Far from Heaven (2002), a sort of remake of All That Heaven Allows (1955), but with the African-American actor Dennis Haysbert in the role that was Rock Hudson.