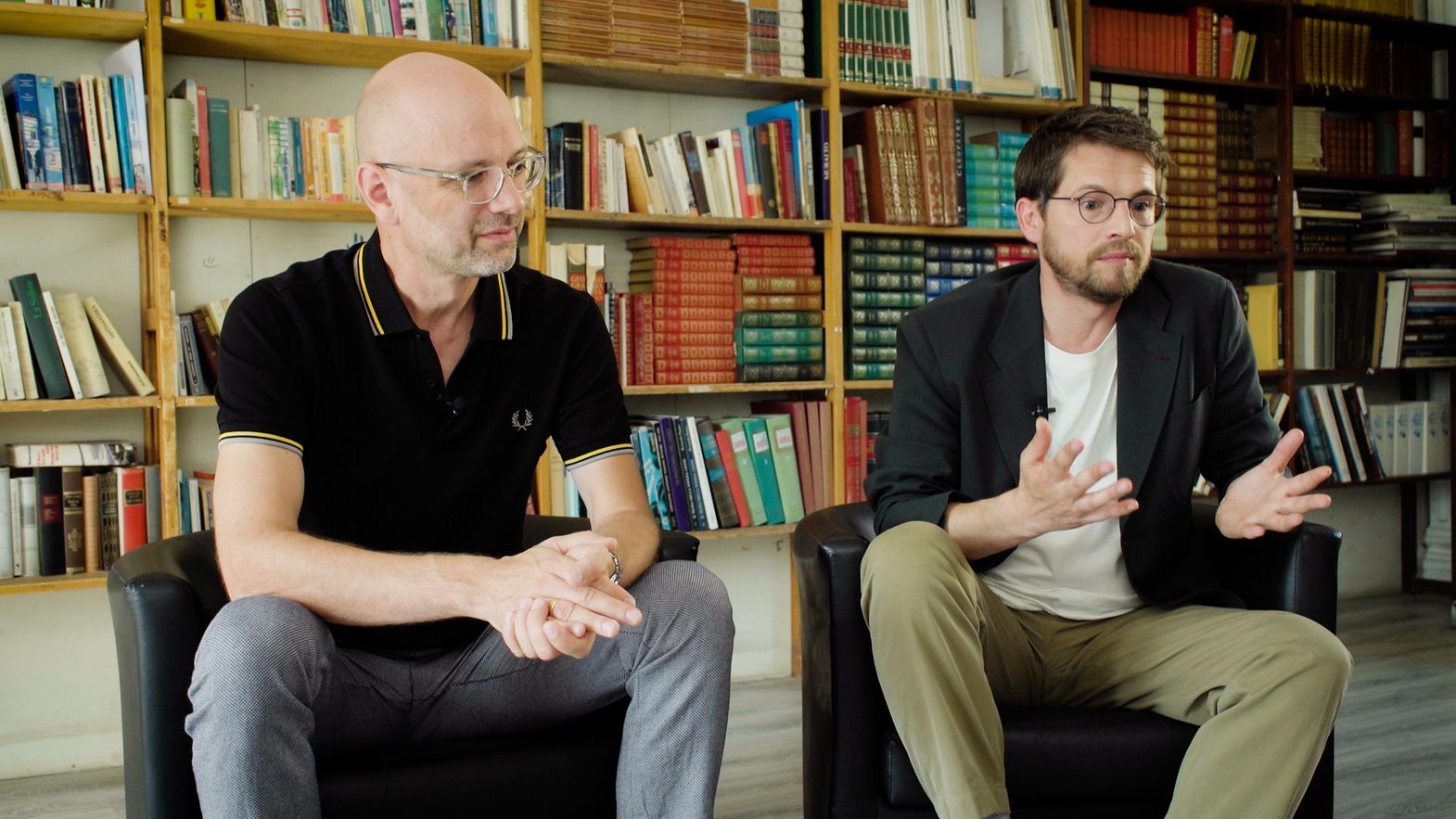 The words of Antoine Leiris have moved people from around the world. How did you approach the story of this man who lost his wife at the Bataclan?

Kilian Riedhof - First of all we felt a huge responsibility to be respectful of his story and, as a German troupe, to what the tragedy represented for the French people. Antoine’s words are very important for most of the people who read them. I was very interested in the focus of the story, we are not telling a dramatized version of the attack, but a human story which shows the effect of terrorism on a family. This touched me most of all and I wanted to be as sensitive as possible to portray and fill up this story with life.

You as an actor had the additional responsibility to play Antoine Leiris. Did you talk to him?

Pierre Deladonchamps -  For me it was important to be respectful of the person, being an autobiographical story. Moreover, it relates to recent events, traumatizing for the whole of France. I wanted to do everything to avoid miserabilism, understanding the path that led him so quickly to write the Facebook post and then a book, showing immediate resilience. I told myself that the key was his emotional intelligence. He immediately understood that anger is inevitable when you live such an unjust drama, but it does not solve anything, while he wanted to overcome the problem of anger as soon as possible, going ahead and thinking about life, then his one-and-a-half-year-old son, Melvil. I talked to Antoine a bit before filming, but we never met. It wasn't necessary, it's his story, but it's Kilian's film, an adaptation that didn't want to be a copy and paste.

KR - I met Antoine twice: the first to get to know each other and convince him to give us the rights to the book, since many wanted them, the second with my two co-writers to get the most information about the family and his life. Important elements to enter emotionally into the story. Then he told me, “go ahead, it's your story, I don't want to be part of the creative process”, which gave me a lot of creative freedom. We found out how only three days after the attacks he participated in a television broadcast, which seemed strange to us, but then we realized that it helped him.

How did you manage the intimate dimension of pain with public sharing through your testimony on social media and in the media?

PD - If the post achieved such success then it’s because it is through a personal story that it has somehow managed to reassure people, whether they were involved in the attacks or without any direct connection, like me, who was very shocked by such a terrible massacre. He spoke to many people with his heart, using in simple words things that we all needed to read and listen to.

How did you choose what to show and what not to show about that evening?

KR - One condition of Antoine Leiris was not to show the attack inside the Bataclan. Not only did we respect it, but also considered it an important indication, keeping the perspective on the outside. It would not have been respectful towards the victims and relatives. On the other hand, we represented the demons that creep inside his apartment, trying to keep the hatred inside the house. It is not only the elaboration of mourning, but also the fight against hatred, which he wants to keep away from his life, committing himself to making his love for his son prevail.

How did you work with Zoé Iorio, who plays little Melvil?

PD - It was particularly touching for me. I have a son who is more or less the age of Zoé.  She came with her family while I was shooting another film in the southwest of France. They stayed for a few days when we were together, we bathed in the sea, things that we would later share during the shooting. Then I went to them, in Germany, and we became very close. We spent a lot of time together, so much so that on the set some scenes were facilitated thanks to this trust between us. Children do not choose to be actors like adults, for them it is too early, sometimes they do not feel like it. The key is to make them want and not tire them.

His character is torn between seeing and not seeing the images of the attack.

PD - We all live the dilemma of whether we want to see the horror or not. It was traumatizing to think that the video of the interior of the Bataclan could show one of the bullets that had hit his wife. At the same time when you lose someone you need to see it to really believe it, to accept it. When you lose someone, every action is respectable, we are all different in experiencing a bereavement.