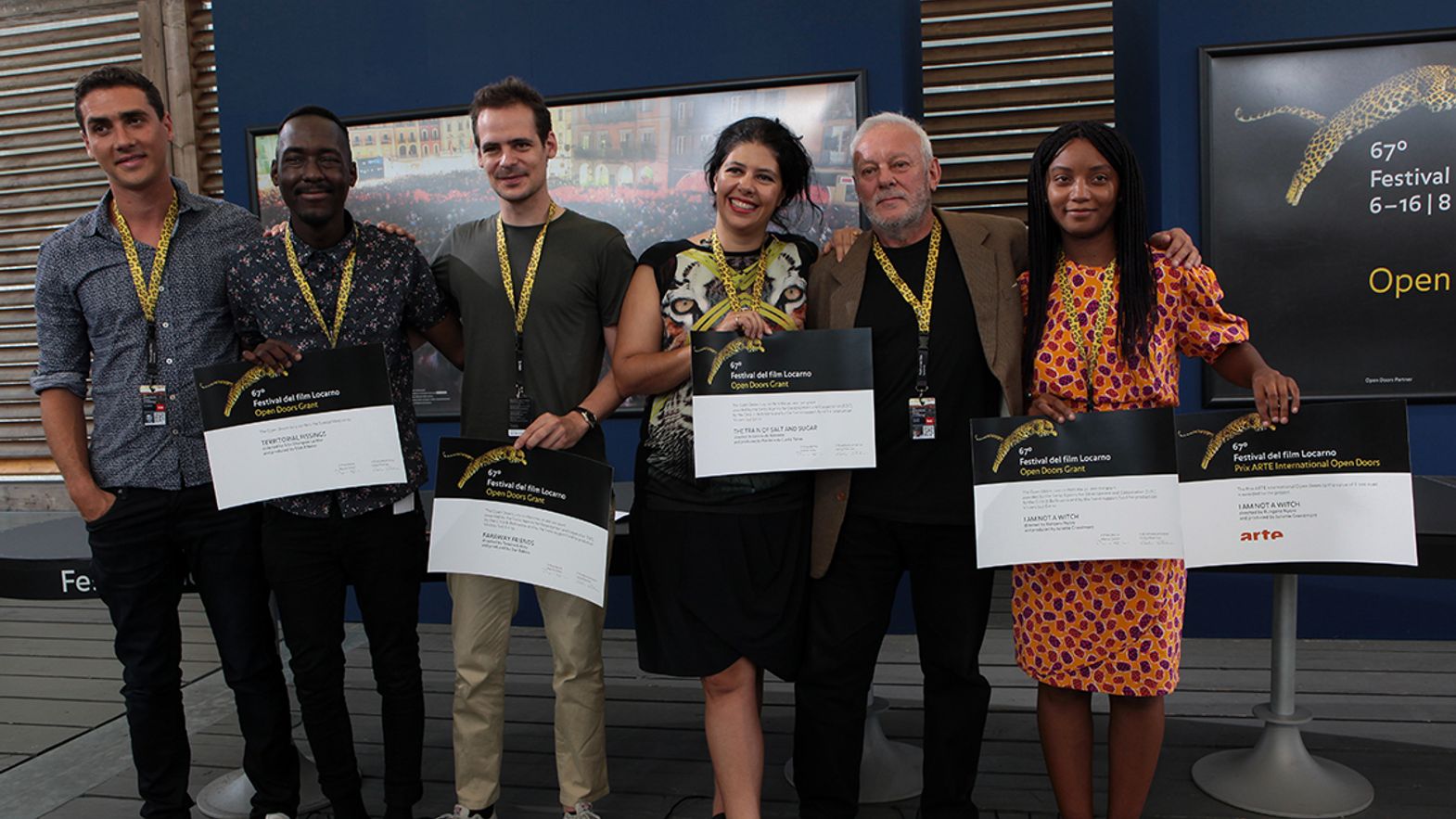 Today saw the announcement of the awards for the Open Doors Co-production Lab, organized with support from the Swiss Agency for Development and Cooperation (SDC) of the Federal Department of Foreign Affairs.

The 2014 session of Open Doors, organized in collaboration with the Festival’s Industry Office and support from partners ACE (Ateliers du Cinéma Européen), EAVE (European Audiovisual Entrepreneurs), Producers Network Marché du Film (Festival de Cannes) and the TorinoFilmLab, was dedicated mainly to the English and Portuguese speaking countries of Sub-Saharan Africa. The 12 projects that participated in the Open Doors Co-production Lab 2014 were selected from over 190 submissions. The objective of the Co-production Lab (August 9-12) is to bring the projects’ directors and producers together with potential partners, to encourage support for these projects to come to fruition.

The Open Doors jury selected the following projects for awards offered by the Swiss Agency for Development and Cooperation (SDC) of the Federal Department of Foreign Affairs, the municipality of Bellinzona, Visions Sud Est, ARTE and the CNC (Centre national du cinéma et de l'image animée).

Open Doors Grant 20'000 CHF
I Am Not a Witch by Rungano Nyoni, Zambia/France

Prix ARTE International Open Doors 6'000 EUR
I Am Not a Witch by Rungano Nyoni, Zambia/France

The Open Doors Screenings program continues until the end of the Festival, presenting a selection of 26 films from  Angola, Ethiopia, Ghana, Kenya, Mozambique, Nigeria, South Africa, Sudan and Tanzania. The screenings are open to industry professionals as well as the Festival audience.