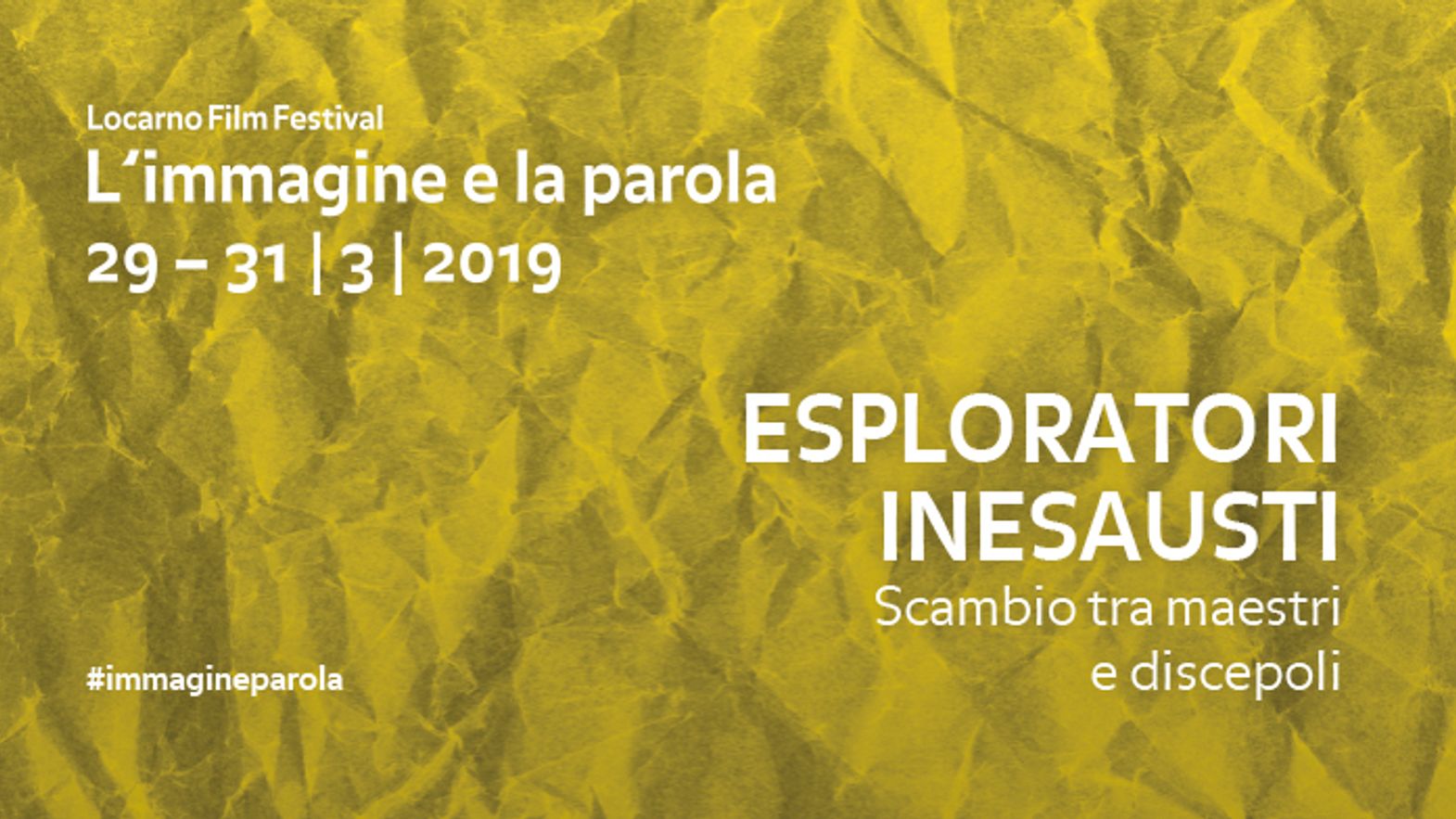 Relations between masters and disciples, as fertile terrain for exchange in the creative process, will be at the core of the program for the 7th edition of the Locarno Film Festival’s spring-time literary event L’immagine e la parola, running from 29 to 31 March 2019 at the GranRex theater in Locarno.

At a time when our social outlook is preoccupied with the fragility of human relations and fraught with doubts about the future, the Locarno Film Festival chooses to assert the centrality of cultural exchange, which of course has always unfolded across generations. The rapport between nonconformist masters and curious disciples is the keynote that brings together this year’s guests: from veteran Hungarian director Béla Tarr, who has put down the camera to devote himself to teaching (and who will be holding one of his prestigious Workshops here in Locarno), via the tribute to Bernardo Bertolucci, whose late work went back to the themes and experience of adolescence, to the “young words” of poet and playwright Mariangela Gualtieri, reflected in a portrait by 20-year-old filmmaker Ana Shametaj. Three explorers of the contemporary who tirelessly probe the confines of art, bringing to the surface its legacy of primeval energy for the generations to come.

As this year’s principal guest Béla Tarr will be in Locarno to inaugurate L’immagine e la parola by presenting his masterpiece Werckmeister Hármoniák (Werckmeister Harmonies, 2000), a film which – based on the novel by Hungarian writer László Krasznahorkai – transfigures the disorientation of post-communist society into a powerful allegory of the new world order. Also included in the program is Tarr’s A torinói ló (The Turin Horse, 2011), a dazzling reflection that takes its clue from Nietzsche’s ideas to sculpt in time a visionary parable. The director himself will be in residency in Locarno and the surrounding area during the period following the event, holding the workshop Mountains–Loneliness–Desire and helming a film on and about the region’s mountains, together with some ten young filmmakers from Switzerland and abroad. The project was developed jointly by the Locarno Film Festival with the CISA film school (Conservatorio Internazionale di Scienze Audiovisive) and is supported by the Ticino Film Commission.

The late Bernardo Bertolucci was a master filmmaker dear to the Locarno Film Festival, which laurelled him with a Leopard of Honor in 1997. The Saturday evening program will be dedicated to his memory with a screening of his moving Io e te (Me and You, 2012), featuring contributions from multiple award-winning editor Jacopo Quadri and from Paolo Mereghetti, film critic with the Milan-based daily Corriere della Sera. On Saturday afternoon, at the Cantonal Library in Locarno, Paolo Mereghetti will present the latest edition of his Dizionario dei film (Baldini+Castoldi), an encyclopedic work of reference covering over 30,000 titles and combining vast erudition with a playful touch (in its much-imitated 1-to-5-star ranking system).

L’immagine e la parola has always sought to make connections between the arts. This year for the first time that search extends to poetry, with guest Mariangela Gualtieri, the co-founder – together with Cesare Ronconi – of the Teatro Valdoca company. On Sunday afternoon she will be performing the “sound rite” Bello Mondo, reciting poems from her collection Le giovani parole (Einaudi). That will be followed by the international premiere of the film Gli indocili by Ana Shametaj, which documents the learning curve of ten 20-year-old actors as they discover the value of poetry in day-to-day life through Gualtieri’s quiet but charismatic presence. This session will be moderated by Laura Accerboni in collaboration with the Babel Festival of Literature and Translation, with support from OSA! (Organico scena artistica).

The 7th edition of L’immagine e la parola, with artistic direction by Lili Hinstin and curated by film critic Daniela Persico, will take place from Friday 29 to Sunday 31 March 2019.