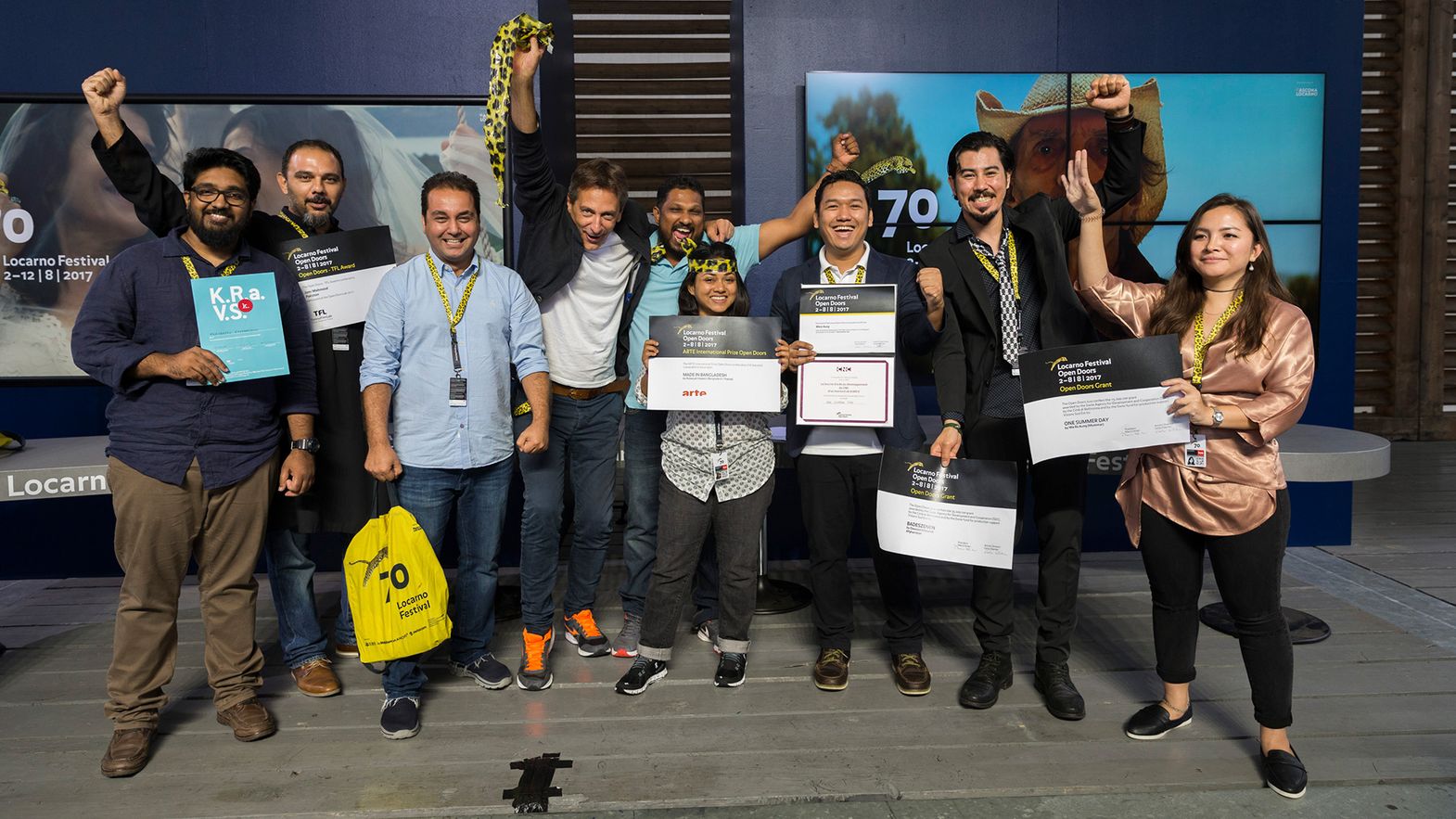 The names of prizewinners for the Open Doors Hub coproduction platform and the Open Doors Lab producer-training workshop were announced today, 8 August.

The 2017 session was the second in the three-year cycle dedicated by Open Doors to exploring eight countries in Southern Asia: Afghanistan, Bangladesh, Bhutan, Nepal, Maldives, Myanmar, Pakistan and Sri Lanka.

The prizes, both cash and in the form of tangible assistance, have been awarded to projects and participants in the international platform Open Doors Hub and the training workshop Open Doors Lab, with the aim of supporting their progress after the Festival.

The aim of the Open Doors Hub coproduction platform (2-8 August) is to allow director/producer teams from the eight countries involved to discuss their projects with potential partners, fostering international collaborations and funding.

The Open Doors Jury awarded the following prizes to Open Doors Hub projects in support of their future development or production:

An award financed by Open Doors in collaboration with the City of Bellinzona and the Swiss film production fund Visions Sud Est, with the backing of the Swiss Agency for Development and Cooperation (SDC):

Also bringing this year’s session to a close today is the Open Doors Lab: a five-day workshop dedicated to eight emerging producers from Afghanistan, Pakistan and Sri Lanka.

Three participants in the Lab have received one special mention and two awards, respectively from representatives of Initiative Film and the TorinoFilmLab. The former provides the winner with a distance development package, while the latter offers an invitation to the TFL Meeting Event in Turin, allowing the attendee to continue commercial negotiations with European decision-makers.

The Winterthur International Short Film Festival, in collaboration with Villa Sträuli and the Locarno Festival, offer a two-month residency to applicants in the Open Doors, Leopards of Tomorrow and Filmmakers Academy programs who are from Africa, Asia, Eastern Europe or Latin America.

The program of Open Doors Screenings presents a selection of 22 films from Afghanistan, Pakistan and Sri Lanka and continues until the end of the Festival.

From the very beginning Open Doors has been able to count on the invaluable and loyal partnership of the Swiss Agency for Development and Cooperation (SDC) of the Federal Department of Foreign Affairs (FDFA).