Locarno75: Innovation plays a leading role at the Festival

In its anniversary edition, the Locarno Film Festival will open up to the new languages of the contemporary, with a 24-hour live talk on new media on Twitch, through the works and reflections of artists such as Hito Steyerl and the Total Refusal collective, with a virtual reality proposal in collaboration with GIFF, and with the presentation in video essay form of the first results of the work done by USI Locarno Film Festival Professor for the Future of Cinema and Audiovisual Arts Kevin B. Lee. 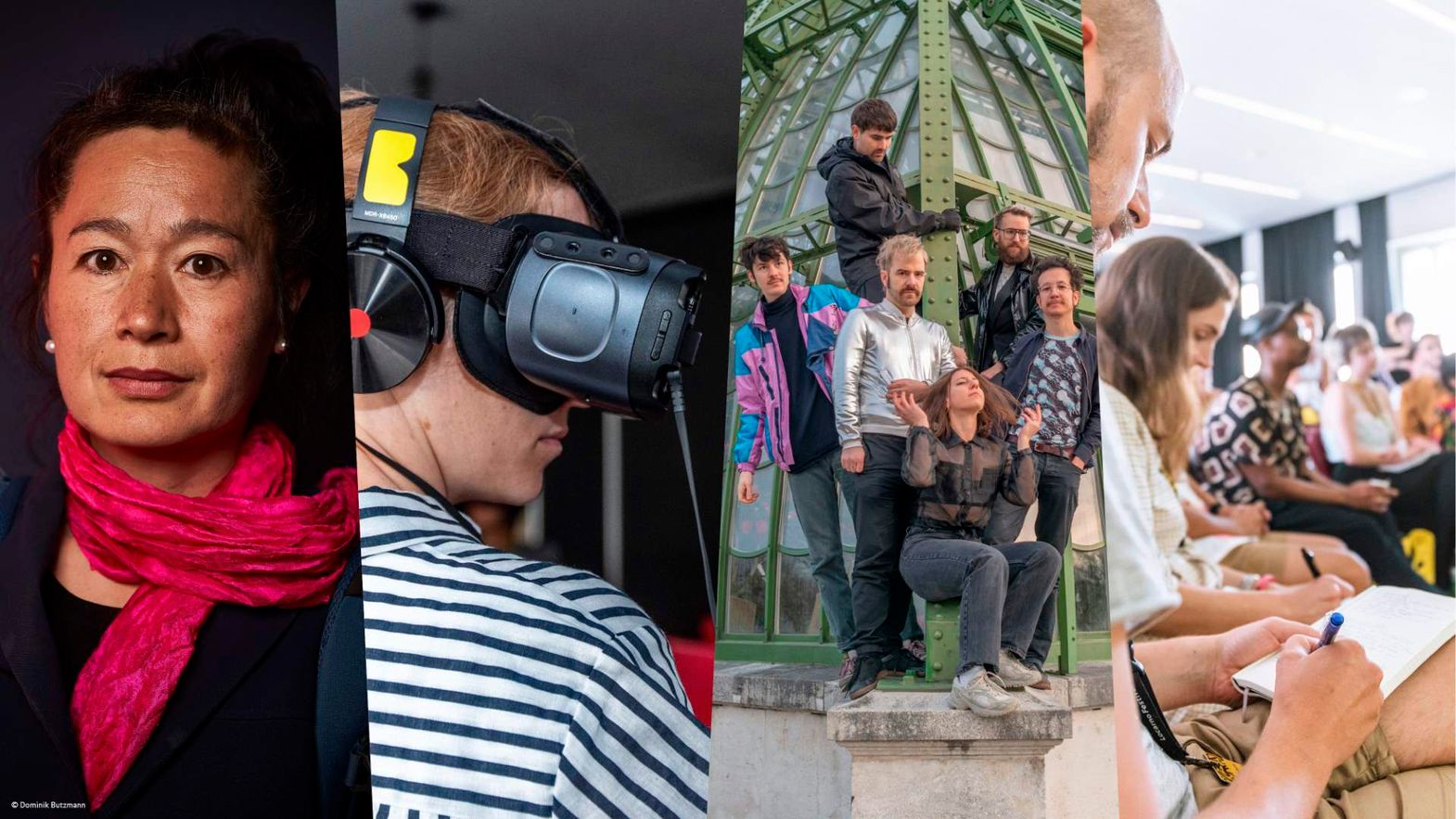 Innovation and reflection on new media are fundamental elements for an event that is about to celebrate its 75th anniversary by launching a new phase of its history. Indeed, precisely these themes will be at the center of a series of initiatives aimed at making the Locarno Film Festival a space in which tomorrow's cinema is shaped, investigating the hybrid and increasingly complex nature of the images of our time.

Simona Gamba,Chief Innovation Officer of the Locarno Film Festival: “Thanks to its free spirit and openness to contaminations between different languages, Locarno is becoming a true incubator of innovation in the audiovisual field. Digital development, which accelerated in 2020, means that today the Festival is both on-site and online, local and global, capable of speaking to new audiences and accompanying young talents to fully express their potential. The 75th edition becomes the ideal time to further broaden horizons, to actively participate in constructing both future imaginaries and reflections on new media”.

A place for research, in multiple directions

While cinema as an ever-evolving heritage and form of expression remains the focus of the Festival, the event will, as always, open up to a multidisciplinary and avant-garde approach, probing the new languages of contemporaneity. This is evidenced by the direct involvement of young creatives in a radical experimentation experience: a 24-hour straight talk on the theme The Future of Attention, curated by Università della Svizzera Italiana (USI) researcher Rafael Dernbach and broadcast on Twitch. The event will explore how attention operates today and how it might operate in the future, giving space to the role cinema might play on this front. Every hour, a new speaker or panelist will join the conversation and can stay for as long as they wish, while the audience can choose to participate in person, at the festival, or online via streaming.

German artist Hito Steyerl, a central figure in critical thinking about digital media, will instead offer an installation titled Virtual Leonardo’s Submarine, which can be viewed free of charge at the Rivellino from Aug. 3-13 during daytime hours and special nighttime events. The artist will also discuss her creation during an open public conversation with USI Locarno Film Festival Professor for the Future of Cinema and Audiovisual Arts Kevin B. Lee at the Forum @ Spazio Cinema on Thursday, August 11 at 1:30 pm.

This research direction will also translate into special collaborations such as the one with the Geneva International Film Festival (GIFF), which will bring Virtual Reality back to the Festival, inside the historic Piazza Grande screening booth. Located in Largo Zorzi, the VR Cabin will offer a free program featuring three immersive works by the French artist François Vautier (I Saw the Future, Odyssey 1.4.9, Recoding Entropia) in the daytime sessions, and works by Chou Tung-Yen (In the Mist) and Mali Arun (MUTATIS), among others in the night sessions (forbidden for those under 18). There also will be a meeting between director François Vautier and Kevin B. Lee on Wednesday, August 10: an opportunity to address the vast future universe of cinema.

The BaseCamp, the Festival's residency for young creatives, will also host the digital artist collective Total Refusal, known throughout Europe for its practice of appropriation and subversion of video game spaces. Thanks to their presence, the Festival will be enriched with new languages related to cinema, but which question traditional modes of audiovisual enjoyment.

These initiatives, made possible thanks to the collaboration of Swisscom, will be complemented by the fundamental contribution of the USI Locarno Film Festival Professor for the Future of Cinema and Audiovisual Arts, the joint chair created by the Festival and the University of Lugano in Switzerland to promote research in the field of film festivals and new forms of audiovisual enjoyment. One year after his appointment and after starting his activities in January 2022, Professor Kevin B. Lee will present the achievements to date, following the festival's goal of renewing itself to meet the needs of tomorrow's audiences. And it will be the video essays produced by students within Professor Lee’s courses that will tell the story of the activities carried out in recent months.

All updates on innovation and the 75th Locarno Film Festival will be available on our website.