The Locarno75 Retrospective will be dedicated to Douglas Sirk

The first piece to fall into place for the upcoming 75th anniversary edition of the Locarno Film Festival (3-13 August 2022) is the Retrospective, dedicated to master filmmaker Douglas Sirk, 35 years after his death. Valuable and previously unpublished documents from the archives of the Cinémathèque suisse will provide the key to unlocking a fresh critical interpretation, reviewing the historical context of a filmmaker rediscovered and much admired by the French New Wave, as well as by directors such as Rainer W. Fassbinder and Bernardo Bertolucci. Fêted for the melodramas he made for Universal in Hollywood in the 1940s and 1950s, Sirk returned to Europe and eventually retired to Switzerland. 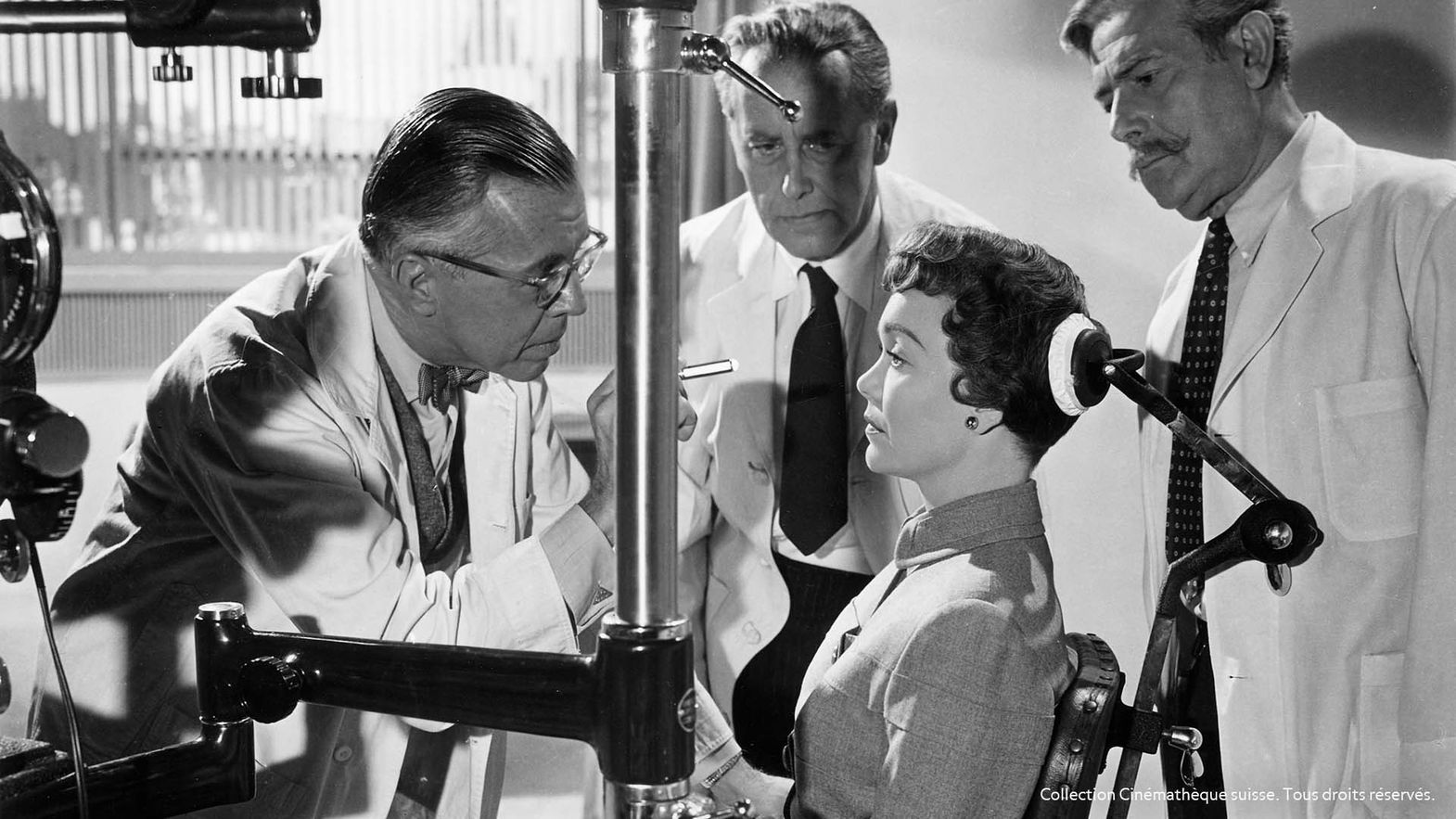 Since 1950 the Locarno Film Festival, one of the longest-running and most relevant film events in Europe and worldwide, has striven tirelessly to preserve the legacy of the cinematic arts. In its Retrospectives, Locarno shifts the focus away from its signature discoveries of young and emerging filmmaking talents towards the cinema of the past and the work of rediscovery it entails, reassessing the movements and personalities that turned film into one of the highest forms of popular art. With that perspective in mind, the Festival is delighted to continue its exploration of key figures from Hollywood’s golden age by casting the spotlight on an auteur who, by foregrounding the radical expression of human passions, became an inspiration for several generations of directors, from Jean-Luc Godard to Rainer W. Fassbinder and Daniel Schmid, not to mention Pedro Almodóvar, John Waters, David Lynch, Todd Haynes and François Ozon.

As it celebrates its own 75th birthday this year (3-13 August 2022), the Festival will pay tribute to Douglas Sirk, commemorating 35 years since the passing of a director whose career traversed the history of the 20th century. Sirk brought a European sensibility to Hollywood, formed by early experience in German theater and the cinema of the Weimar Republic and early Nazi era and elsewhere, and successfully grafted it onto the codes and production values of the studio system. He chose to spend his final decades back in Europe, in Switzerland, but his unfailing creative and intellectual engagement in that late period has so far been little studied.

Giona A. Nazzaro, Artistic Director of the Locarno Film Festival: “The time has come to complete the historical and critical picture of quite a remarkable director, Douglas Sirk, including every facet of his work. That this should happen in Locarno, in the region where the master filmmaker chose to spend the last years of his life, fittingly underscores Sirk’s close ties with Canton Ticino. Sirk brilliantly exposed social hypocrisy as he created some of the most blazing, politically aware melodramas of all time. A highly cultured intellectual, he worked astutely beneath the surface of popular genres, bringing the best out of actors such as Rock Hudson, Jane Wyman, Dorothy Malone, Robert Stack, Lana Turner, Jack Palance, Jeff Chandler. He even offered the then unknown James Dean his first break in the movies. Rediscovered by the French New Wave, beloved by Bertolucci and defended by advocates such as Rainer W. Fassbinder, Daniel Schmid and Todd Haynes, Sirk’s work, thanks to the Locarno Retrospective, can at last be appreciated in all its immense riches.”

This presentation of Sirk’s complete work will be accompanied by a selection of contemporary films with links to his life and work, alongside documentaries and television features centered on him. For the first time ever, Sirk’s filmography will be reviewed in the light of unpublished documents made available by the director’s family through the Douglas Sirk Foundation and preserved since 2012 at the Cinémathèque suisse. The new materials will broaden our perspective on this major auteur, enhancing appreciation of his output as an intellectual and man of culture.

Roberto Turigliatto, co-curator, with Bernard Eisenschitz, of the Locarno Film Festival Retrospective: “In 1978, a few years before his death, Douglas Sirk was a guest at the Locarno Film Festival, presenting a number of his films. That was a moment when many discovered an auteur who previously had received little recognition. Forty-four years later, it seemed indispensable that we return to the work of this great master with a complete Retrospective that will explore every aspect of his complex oeuvre, in tune with a surge of renewed interest at international level.”

The Retrospective will be marked by a new book from film historian Bernard Eisenschitz, published by Les éditions de l’Œil. After researching the wealth of archive material, Eisenschitz will put forward a new approach to Sirk’s work: “Douglas Sirk was a complete director, beginning with his remarkable stage work in Bremen and Leipzig, which culminated in the Nazi-instigated scandal that surrounded his production of Kurt Weill’s opera Der Silbersee. Under the Third Reich he directed five remarkable and entirely uncompromising movies and, before fleeing from Nazi Germany, discovered the great singer and actress Zarah Leander. In Hollywood he followed the solitary, individual and diversified path that led to his great and justly celebrated melodramas.”

The Retrospective is organized by the Locarno Film Festival in partnership with the Cinémathèque suisse and Cinémathèque française, and in collaboration with numerous international archives.
The project will also join with prestigious partner institutions, in Switzerland and around the world, to create a circuit on which the Retrospective will travel internationally after the close of the Festival.
The integral Retrospective dedicated to Douglas Sirk will be presented at the Cinémathèque française starting August 31, 2022 (for more information cinematheque.fr)

Detlef Sierck was born in Hamburg, Germany in 1897 and died in Lugano, Switzerland in 1987. He spent his childhood years in Hamburg and in his parents’ native country of Denmark before starting a career in theater in Germany. He was later hired by Universum Film AG (UFA), making his full-length debut with April, April! (1935) and directing films such as Schlussakkord (Final Accord, 1936) and La Habanera (1937). Joining numerous other European filmmakers who fled from Nazi Germany, Sirk soon attracted notice in America with Hitler's Madman (1943) and Summer Storm (1944) and began to establish himself in the industry, mainly with thrillers and dramas, but venturing occasionally into other genres such as the western (Taza, Son of Cochise, 1954). After changing his name to Douglas Sirk, in the early 1950s he signed for Universal and in 1953, with All I Desire, began the great cycle of melodramas – including titles such as Magnificent Obsession (1954), All That Heaven Allows (1955), Written on the Wind (1956) and Imitation of Life (1959) – that would later gain critical acclaim in Europe for their skillful examinations of American society, hallmarked by an anti-realist gaze, exquisite aesthetic refinement and unprecedented feminist sensibility. After returning to Europe, Sirk settled in Switzerland, in Lugano, working again for the theater in Germany and teaching at the Munich-based Hochschule für Film und Fernsehen (HFFM), where he supervised the completion of three short films.