New film and audiovisual talents in the spotlight at Locarno75

In its 75th anniversary year, the Locarno Film Festival looks to the future with a raft of initiatives for the younger generations, and for creatives who are innovating the language of moving images: from the Locarno Academy to BaseCamp and the Locarno Residency, the future of the Festival is being built in the factory of Locarno. 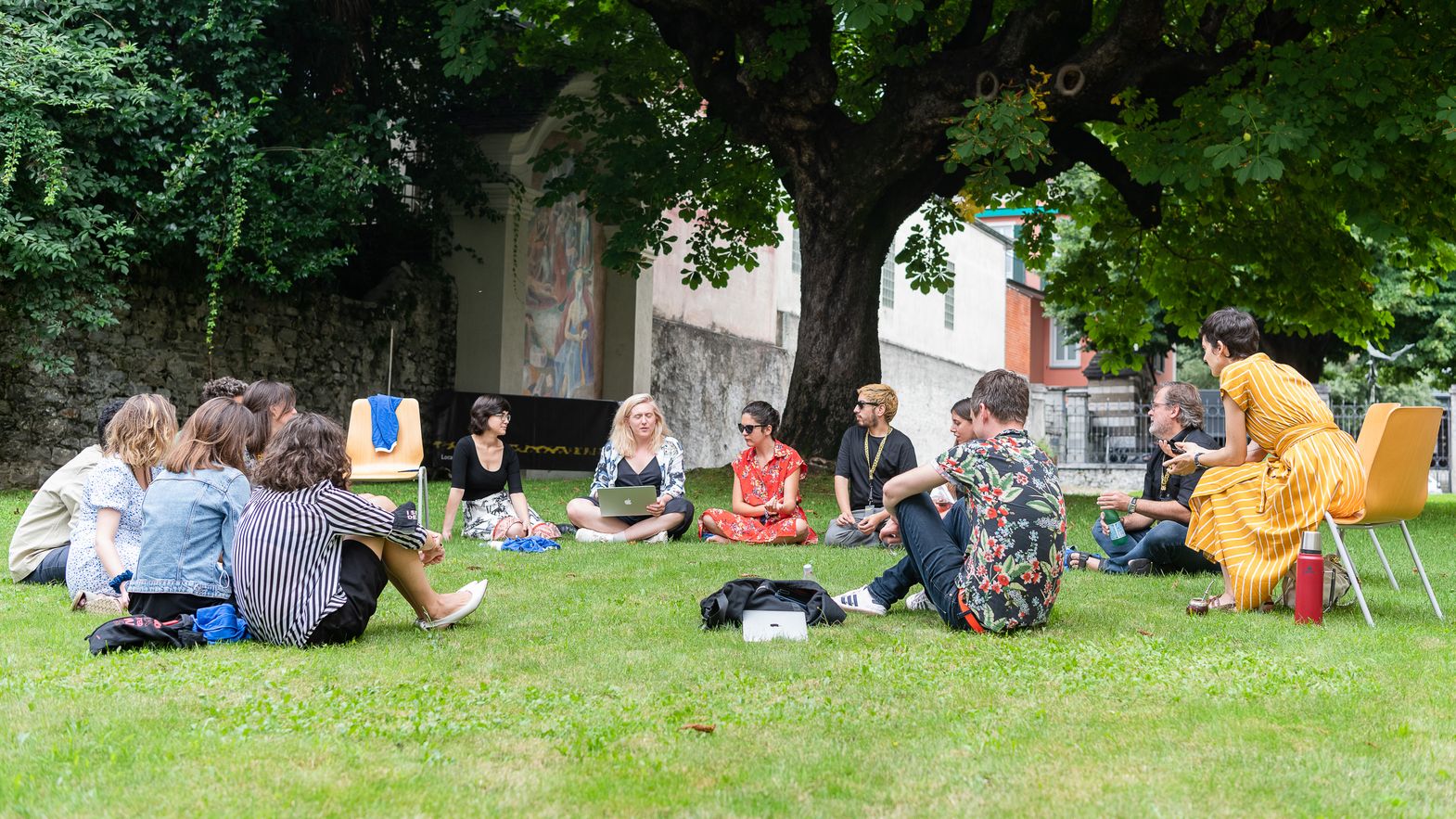 At a time when discourse on film is increasingly centered on the imminent changes coming to the medium, the Locarno Film Festival is braced to welcome the creative dynamism of the younger generations, fostering their input and drive across the various activities of the factory of Locarno, the Festival’s hotbed for new talents.

First and foremost among factory initiatives, with a decade of experience, is the Locarno Academy. Locarno’s academies continue to build on their international reputation as a training platform and launch pad for the careers of promising young directors, film critics and industry players, thanks to masterclasses with renowned filmmakers, professional workshops on the ins and outs of the industry and a raft of unique networking opportunities. Once again, a long selection process, drawing in applications from around the world, has come to a close and the final participants in the Filmmakers, Critics and Industry Academy at Locarno75 have been selected. Earlier this year a new workshop, the Spring Academy, organized in tandem with the CISA film school and with the support of the Ticino Film Commission and RSI Radiotelevisione svizzera, was also inaugurated during the Festival’s ancillary literary event L’immagine e la parola. This new Academy, led by Michelangelo Frammartino, welcomed twelve young directors, and the twelve short features they produced will be screened during a special event entitled Let’s Make Something! as part of the Pardi di domani short films section during the Festival. This year’s edition covers geographical and cultural areas as diverse as Pakistan and Indonesia, Australia, Chile and of course Switzerland, with a kaleidoscope of shorts that compose a 360-degree view of filmmaking, with a special emphasis on emerging cinemas.

For the realization of the Academy we also thank the Fondation Assistance Internationale - FAI and the Ernst Göhner Stiftung.

Alongside the Academies, another initiative going from strength to strength is BaseCamp. Made possible by a joint commitment with the Municipality of Losone, BaseCamp brings together about 200 young artists and voices from all over the world. Now in its third edition under the banner Another Dimension, the Festival’s residency brings every kind of artistic dimension that can engage with film – from sculpture to performing arts – into a shared, multidisciplinary space for positive contamination. Swiss creativity has a special place in the whole experience, thanks to the involvement of five of Switzerland’s leading film and art schools (CISA, HEAD, ECAL, ZHdK and HSLU) and the Play Suisse streaming service from national broadcaster SRG SSR, which will allow five young artists to work on creations with an intimate connection to the world of social media. Additionally, the Guastalla and Bally Foundations will be supporting new Swiss talents with an exhibition of their work at the new BaseCamp pop-up, housed in the Istituto Sant’Eugenio school in the heart of Locarno, which will host panel discussions, round tables, art performances and events. Great value will be given to the diversity of profiles, both in the aspect of cultural production and geographically. In this regard, we mention the participation of six talents from the African artistic residency Realness Institute, with which the Festival has been collaborating for years within the framework of the Academy. Migros-Kulturprozent Story Lab partecipated in the selection of some of the artists who will take part in both the Academy and BaseCamp.

BaseCamp’s experimental credentials will be further strengthened this year by hosting the artistic collective Total Refusal, which has gained notoriety throughout Europe for its practices of appropriating and subverting gaming media, plus the remarkable video installation SKIES from Kollektiv Beton. In addition, Total Refusal will take part in the international competition of the Pardi di domani with its short film Hardly Working. The young creatives from BaseCamp will also be involved in a unique media experience, a non-stop 24-hour talk session on the theme The Future of Attention, curated by USI researcher Rafael Dernbach and starting on Wednesday 10 August at 12 pm.

Besides the previously mentioned organizations, BaseCamp has also been possible thanks to SSA, Suissimage, Swissperform, Else v. Sick Stiftung, and Ernst Göhner Stiftung.

Stefano Knuchel, Project Manager of the Filmmakers Academy and BaseCamp: “Throughout the 75 years of its history, the Locarno Film Festival has always defended and promoted film as a cultural driver capable of aesthetic and ethical renewal in society. The young generations never fail to constantly and spontaneously shuffle the pack, and so it is vital to give them a genuine opportunity to do it at the Festival. The wide-ranging initiatives in the factory of Locarno Film Festival all pursue that ideal, and they’re establishing themselves on the leading edge at international level, in terms of discovering new talents and new languages.”

As part of its drive to enhance the professional skill sets of young creatives, from 2022 the Festival is launching the Locarno Residency. Under the supervision of Project Manager Daniela Persico, the Residency will mentor students along the pathway towards completion of their first full-length feature. Phase one of the program, set up with support from Swiss Life, partner to the Pardi di domani section, will see ten shortlisted participants discuss their film concepts in front of a jury of three film industry personalities. These 10 participants will be joined in the selection process, from 4 to 7 August 2022, by other two candidates, the winners of the artistic residency at Casa Pantrovà, offered by the City of Lugano in collaboration with Casa della Letteratura per la Svizzera italiana, the Italian-Swiss filmmakers’ interest grouping GRSI and the Ticino Film Commission. From this combined group of projects, three – two international and one Swiss – will be picked to progress to phase two of the Locarno Residency: a tutorial pathway in multiple sessions, both online and in person, lasting for a full year. Click here to see the names of the ten participants in phase one.

The final pieces in the Festival’s mosaic of initiatives for emerging young talents are the Youth Advisory Board (YAB), whose aim is not only to bring the event closer to the younger generations, but also to give space and a voice to their ideas and proposals; Cinema&Gioventù, organized by Castellinaria – Festival del cinema giovane on behalf of Canton Ticino’s Department of Education, Culture and Sport (DECS) and in collaboration with its Department of the Territory (DT); the Documentary Summer School, organized jointly with the Institute of Media and Journalism (ImeG) of USI, in collaboration with the Semaine de la critique section; Grandi Speranze, the training pathway that fosters links between the neighboring Italian region of Lombardy and the Locarno Film Festival, supported by Fondazione Cariplo; and lastly Schools without borders, a season of films made by students from schools with connections to the audiovisual sector, in Switzerland (CISA, HEAD, ECAL, ZHdK and HSLU) and internationally.