The Pardi di domani jury, consisting of the filmmaker and visual artist Kiri Dalena (Philippines), the director Mamadou Dia (Senegal) and the SXSW Senior Film Programmer Claudette Godfrey (USA), is entrusted with the task of assigning the section’s prestigious awards, recognizing young talent from all over the world. The best Swiss films will receive a Pardino d’oro Swiss Life and a Pardino d’argento Swiss Life, worth CHF 10,000 and CHF 5,000 respectively, while the best international films will receive the coveted Pardino d’oro SSR SRG and Pardino d’argento SSR SRG, also worth CHF 10,000 and CHF 5,000. Additional awards include other technical prizes and two acknowledgements from the Cinema&Gioventù jury, for the best international and best Swiss short, worth CHF 1’500 each.

The Pardi di domani jury will give the Pardino d’oro SRG SSR, worth CHF 10,000, to the best international short or medium-length film. The award will recognize one of the 31 films in this year’s competition, coming from all over the world.

The Pardi di domani jury will give the Pardino d’oro Swiss Life, worth CHF 10,000, to the best short film in the Swiss competition. It is a vital acknowledgement for young Swiss filmmakers looking towards the future.

The Pardino d’argento SRG SSR, worth CHF 5,000, will go to a short or medium-length film playing in the international competition, as an acknowledgement on the jury’s part of the film’s originality and lyricism.

The Pardino d’argento Swiss Life is worth CHF 5,000, and with it the jury acknowledges the artistic value of one of the Swiss short films playing in the national competition.

In addition to the main Pardi di domani prizes, there are further awards: the Best Swiss Newcomer Prize, in the form of technical service vouchers from Cinegrell, Freestudios and Taurus Studio, and the Medien Patent Verwaltung AG Prize, in the form of subtitling in three languages from Central Europe.

The educational initiative of the Festival is aimed at students aged between 18 and 21 . Among the participants of Cinema&Gioventù are designated the youth juries called to evaluate the official competitions of the Locarno Film Festival. 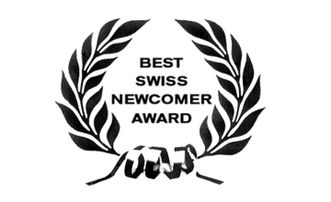