35 years of stories, postcards, history and the Locarno Film Festival. A treasure that’s been kept safe by the Cinémathèque suisse.

They’re not very long, but they recount an era. 33 fragments of history and stories from Switzerland and beyond, screened on a weekly basis in all national movie theaters between 1940 and 1975. And now, at Locarno74, you will see them on the Piazza Grande screen and in the other 11 cinemas of the Locarno Film Festival.

The filmed current affairs of the "Cine-Journal suisse" is deposited in its entirety at the Cinémathèque suisse. This forerunner of the newsreel, produced between August 1940 and March 1975 at the rate of one issue a week, was shown before the main film in all cinemas in the country, in French, German or Italian. These documents of great historical, cultural and social value, representing almost 200 hours of film (i.e. over 6,000 different subjects), are preserved in the Centre de recherche et d’archivage in Penthaz. Saved on acetate and digitised thanks to a joint project of the Cinémathèque suisse, Memoriav and the Swiss Federal Archives, this invaluable collection, a first-class source for television stations, documen-tary filmmakers and researchers, is accessible and consultable on Memoriav’s platform memobase.ch and the Swiss Federal Archives platform recherche.bar.admin.ch. The launch of the online access to this priceless treasure on Memobase will take place in Locarno du-ring the Festival. 33 films from the ‘Cine-Journal suisse’, all dedicated to cinema or Ticino, will also be screened in various Festival venues and on the Piazza Grande and you can find them here, one after the other, a few minutes e after the respective screenings.

A roundtable dedicated to the ‘Cine-Journal suisse’ will be held on Saturday 7 August at 3pm in Locarno in the presence of the project partners and the press.

The debate will focus on the importance of the Cine-Journal suisse, its preservation and its valorisation thanks to the memobase.ch platform. 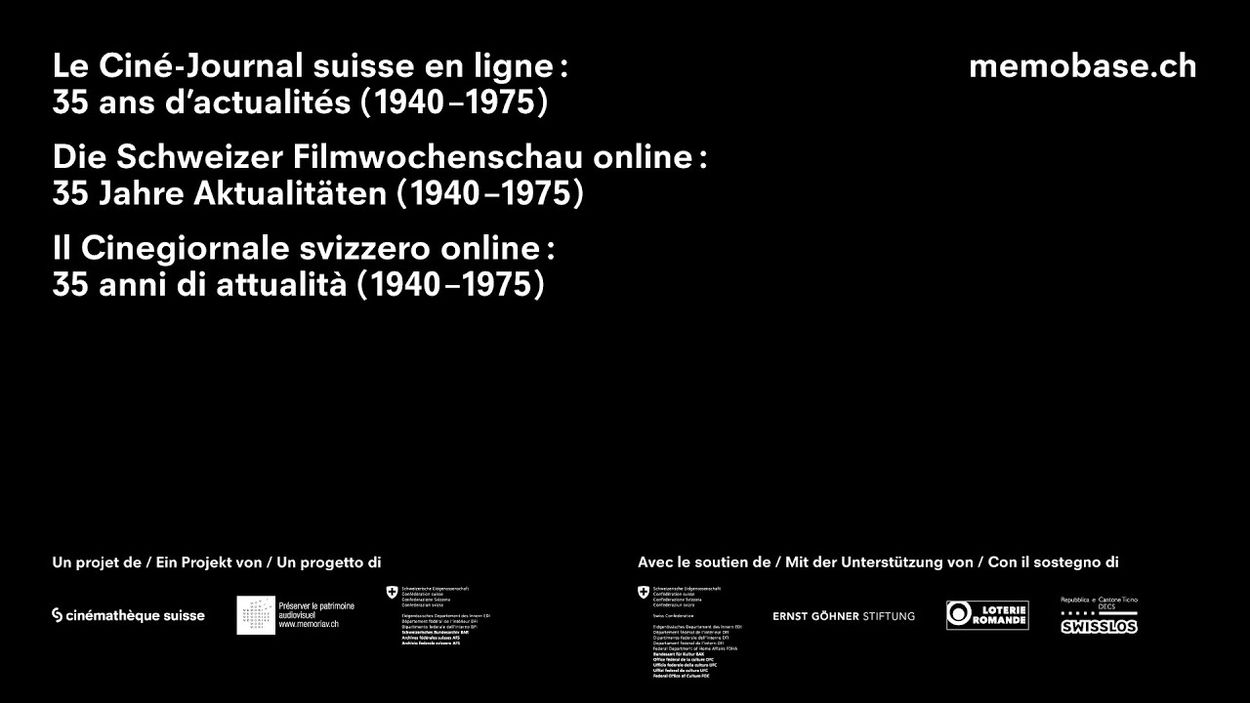