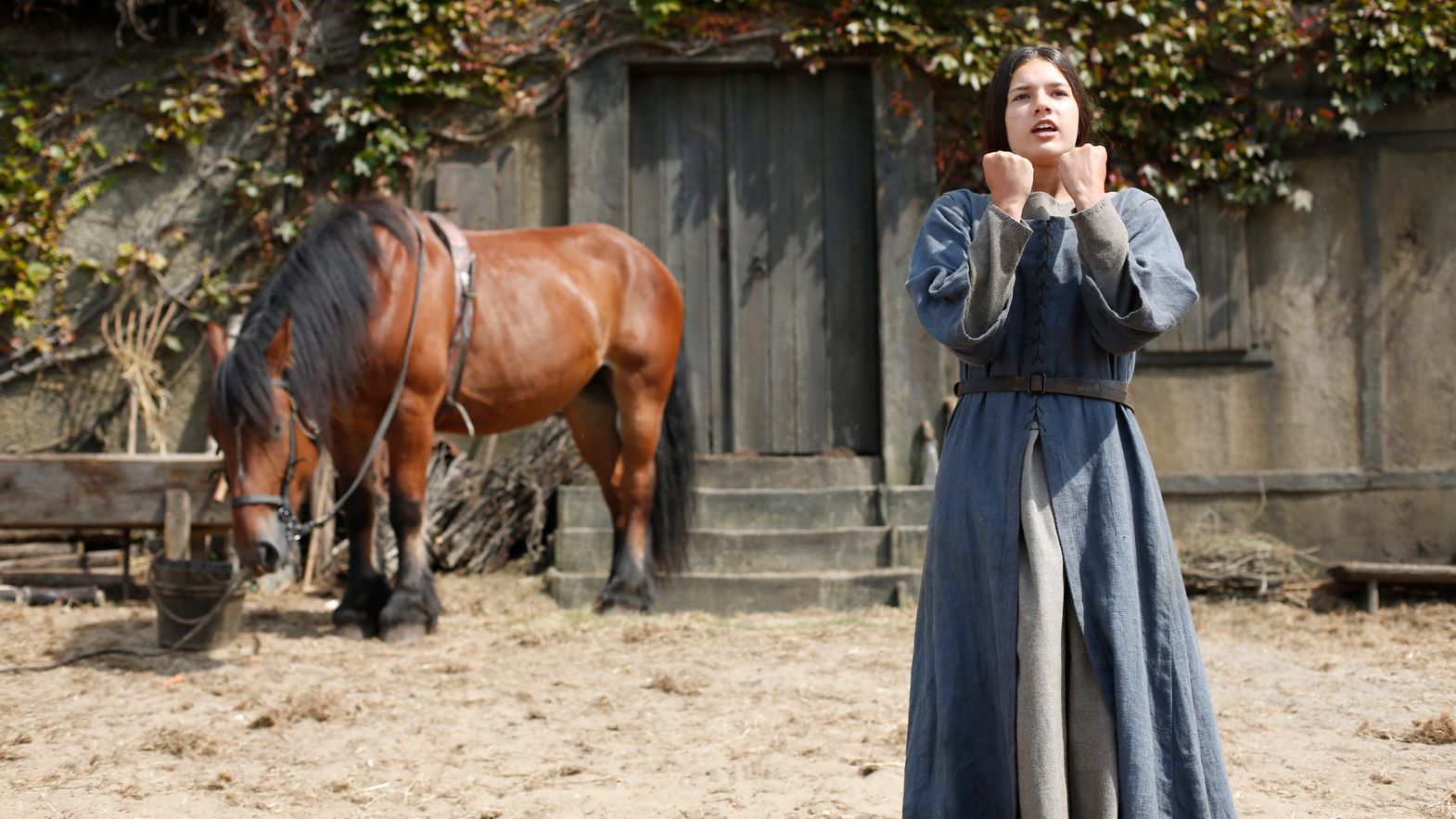 A police commissioner speaks this line with his eyes popping, a thousand tics distorting his face with an equal amount of grins, and almost incomprehensible speech delivered in a tone of voice that is louder than required. Spoofing the characteristics of the detective, commissioner Van der Weyden is the distillation of the elements that make Bruno Dumont’s work so unique and irresistible. Named after the Flemish painter, who is renowned for his portraits where the position of the hands creates a dialogue with the sober expressiveness of the faces, the commissioner is an indiscernible blend of stupidity and amazement. Within the story, he is supposed to make sense of the mysteries of the world, shedding light on the inexplicable events in the flat lands of Northern France that are the setting of most of the director’s films. And yet, Van der Weyden is the first to have no idea of what is going on, the first to get lost when facing reality’s chaos and lack of coherence.

The context is that of a television series, now in its second season. But in this case, going against the agelessness of the small screen, characters grow up and go as far as changing their nickname: Quinquin is now Coincoin. What remains is the vision of a world that has lost all meaning and offers itself to the viewer with the most chilling incoherence. And as if often the case, man reacts to the unknown by laughing. We laugh at something that, if watched closely, is like a distorted mirror of our being in the world.

Behind the apparent simplicity of mise en scène and storytelling, behind the quick delivery associated with writing for television, lies Dumont’s most conceptual film, whose ambition is to encapsulate the world and its different facets in a handkerchief of dirt. He hides this project in sequences with deep contrasts: high and low, mask and body, carnival and justice. This procedure was already obvious in his first feature film, La vie de Jésus. There the representation was more realistic and the cinematic writing still allowed for a transition from one scene to the next, but at the center was also a young man, not unlike the protagonists of Dumont’s later films. Freddy lives with the same unease as Quinquin, the youngsters in Flanders or the nameless boy in Hors Satan. Faced with something he can’t explain (his girlfriend decides to approach a stranger), Freddy is half perpetrator and half victim, a paradoxical Jesus on the eve of the 21st century.

Upon meeting him in 1997, Bruno Dumont had a clear idea about the role of cinema and its centers of interest.  “To me, this story, these characters, these locations are a tool to enter the human condition. Therefore it is not naturalism, it is an impression of truth that sinks very rapidly.” What has remained constant in his filmmaking is the will to investigate man and his gray areas, be they relational or existential. Thy neighbor viewed as an obstacle, evil as an unavoidable presence, sex as the dark backdrop of mankind are just a few of the challenges his films have accepted. Unlike the lion’s share of bourgeois cinema, born in the cities and developed in lounges, Dumont looks directly at the major questions that torment man. Facing an increasingly opaque reality, Dumont offers strong stories without the easy solution of an ending, be it positive or negative. The stories are open because the problems they deal with are open. The characters appear to be dragged by higher powers, they don’t think, and they rarely act. Their subservience to reality, destiny and power relationships that rule society is thrown into the viewer’s face, and it’s up to him to respond.

Despite the dominating cold color palette, the colors of the North that gave birth to the director and serves as the setting for most of his stories, Bruno Dumont’s films are fiery material. They are as flammable as the reactions they provoke. He sees cinema as a tool with which he removes the hinges of traditional thinking, such as splitting mankind into good and evil. His view of the world is based on the problem-free coexistence of the archaic and the modern. One thinks of Jeannette, l’enfance de Jeanne d’Arc, where Peguy’s exorbitant text is conveyed through song, accompanied by dancing and Igorrr’s music.  The timeless character of Joan of Arc fits perfectly among the figures the director has assembled, film by film. The world parading in front of the camera is an agricultural one, and the parade itself reoccurs in different ways throughout his films. The parade, much like the mask, is the moment in which the community gets on a stage and performs for its equals.

Dumont’s characters have faces that resemble masks, exceeding cinematic conventions, and the same goes for their words. We are far removed from both Parisian eloquence (the commissioner frequently says “bordel-ll”) and suburban slang. Dumont’s language exaggerates cadence, accent and dialectal deformation. Body and word are the Cartesian axes that identify the characters and make them irreducible opposite the celluloid world. Dumont is one of the few asking what the status of images is today, and he acts consequently. Whereas most images today are disincarnated and can move from one medium to another, Dumont’s work has the disagreeable flavor of dirt (or manure, in keeping with his latest work). His images are not analog in the word’s traditional sense, they are not a cast of reality, but they do carry the stigmata of the real.