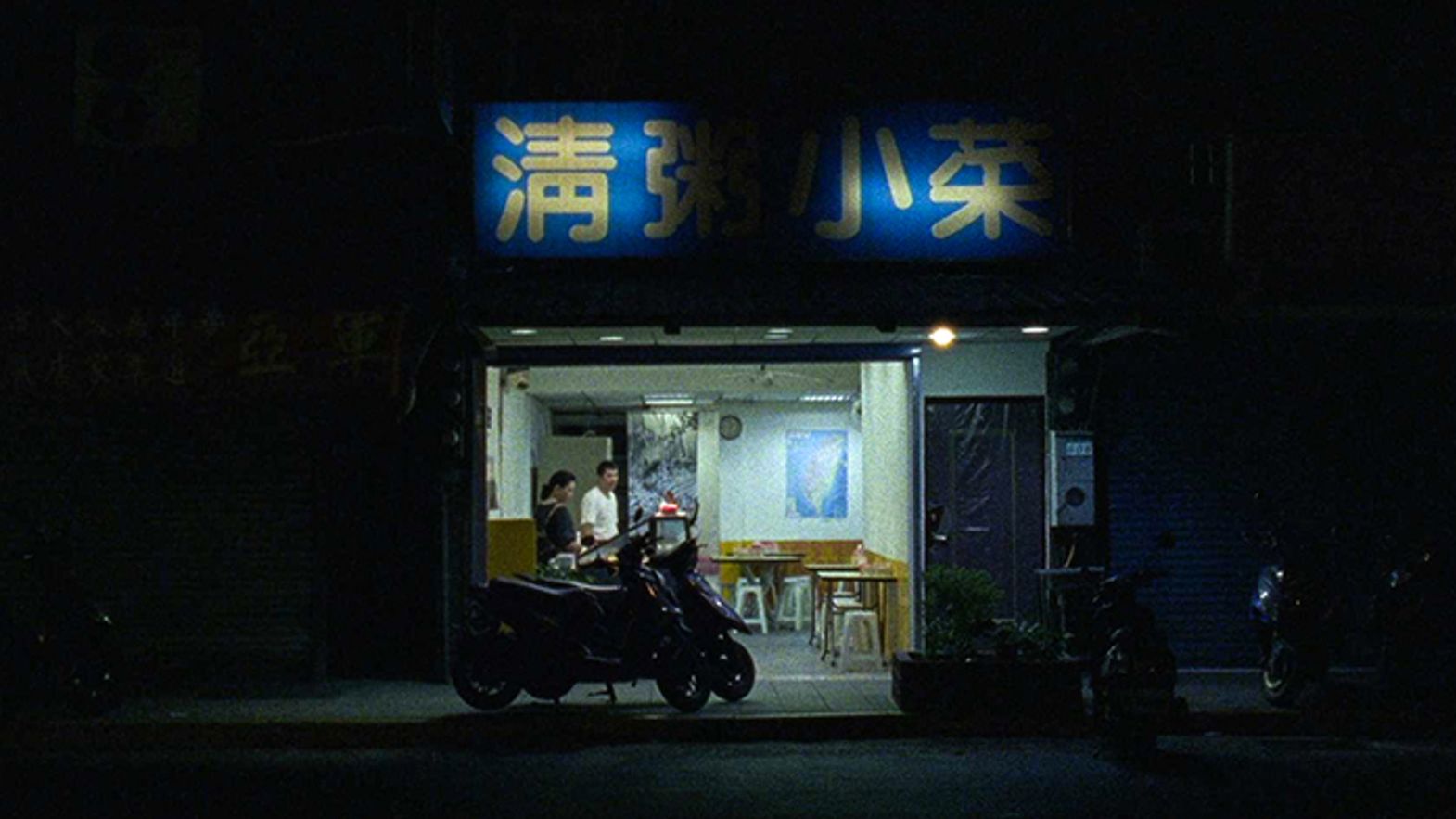 A bustling street in Taipei just off the highway, with a game parlor, a tattoo store, a karaoke spot, a stream of motorcycles no matter the time of the day and, crucially for our purposes, a hole-in-the-wall Chinese restaurant staffed by a married couple that stays open throughout the night. A Super 16mm camera, from across the street, observes actions from afar, but a simple cut brings a close-up, immersing us into the essence of these work spaces, especially the restaurant. These basic ingredients make up the recipe for Swiss director Nicole Vögele’s second feature, the (mainly) observational documentary Closing Time, a patient look at the night owls that populate Taipei, truly a city that never sleeps.

Time itself may be the film’s ultimate subject, as with a calculated composure and an editing that foregrounds repetition Vögele views each and every place, thing, action, sound and movement with equal interest, whether it’s a restaurant owner cracking eggs or chopping vegetables, elderly women exercising at daybreak, an uprooted tree in the wake of a typhoon or a sad dog in search of his vanished owner. Yes, some of this may be due to a foreigner’s gaze on an alien society where everything becomes worth recording due to the factor of cultural difference, but in Closing Time Vögele takes this perennial “newness” and uses it to address the changed pace of society in the current century worldwide, one where more and more humanity is unable to stop and simply just rest. The poetry and beauty that Vögele finds in the city streets and in a late foray into nature show us that there’s more to life than work.