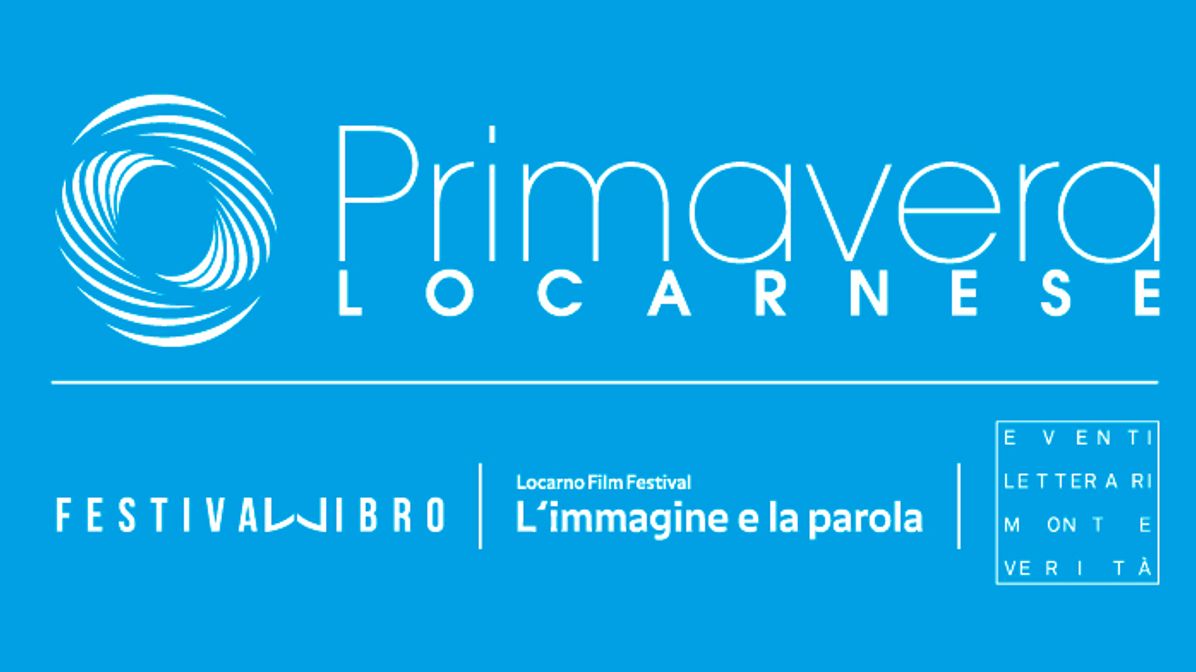 Spring starts on February 6. Maybe not according to the calendar, but it will happen in Locarno. Between hills, I fiori and the green colors of hope, it's time for Primavera Locarnese. Like every year, the cultural soul of Locarno is ready to awaken alongside the new season, or rather, just a few weeks ahead of it, with FestivaLLibro, L'immagine e la parola and Eventi Letterari Monte Verità. These three major events, spread over two months, are possible thanks to the joint effort of by Canton Ticino’s Department of Education, Culture and Sport (DECS), the Monte Verità Foundation, the municipal councils of Ascona, Locarno and Muralto, the Lago Maggiore e Valli tourism authority and the Eventi letterari Monte Verità association, coordinated by the Locarno Film Festival.

FestivaLLibro (6–9 February 2020)
The first edition of FestivaLLibro in 2019 put Muralto right on the map as a major exhibiting location for publishers in Italian-speaking Switzerland, attracting significant numbers of visitors. With the second edition, scheduled to run from 6 through 9 February 2020, FestivaLLibro is keen to consolidate that success by establishing itself as a regular event in the region’s cultural calendar, via an appreciable increase both in levels of funding and the number of publishers taking part. The expansion in event venues, which now include the Sala dei Congressi, a local schools complex, the Residenza San Vittore and the Cinema Rialto, will turn Muralto into a “book and film city” where children and adults can get close to the world of publishing and its players, while exploring the interfaces between literature, cinema and other languages of artistic expression.
To learn more, click here.

L’immagine e la parola from the Locarno Film Festival (28–29 March)
One of the films presented during FestivaLLibro will be Corpo Celeste, the impressive debut from Italian filmmaker Alice Rohrwacher. The now internationally acclaimed director will be guest of honor at the eighth edition of L’immagine e la parola, the Locarno Film Festival’s spring-time event. Locarno’s regular early-season weekend of screenings, panel discussions and readings will be built around Rohrwacher’s creative universe of films focused on childhood narratives and the balance between humans and nature.
As part of the initiative, the Locarno Film Festival will be renewing its ongoing commitment to training new talents, with a workshop lasting around ten days mentored by Rohrwacher herself. Titled I fiori, the workshop – which will get under way during the long weekend of L’immagine e la parola – will bring together eight filmmakers selected from applicants all over the world and put them directly in touch with the Canton Ticino, its land and inhabitants, in a range of environmental situations. Their resulting short films will be screened at the 73rd Locarno Film Festival (5–15 August 2020).
The green-themed workshop attests to the increasingly solid and proactive partnership between the various actors housed at the PalaCinema in Locarno: the film school CISA – Conservatorio Internazionale di Scienze Audiovisive and the Locarno Film Festival, together with the Ticino Film Commission and broadcaster RSI.
To learn more, click here.

Eventi letterari Monte Verità (2–5 April)
The third in this year’s Primavera Locarnese series will be the eighth edition of Eventi letterari Monte Verità. The focus will be on the future, and our readiness to face the challenges that our era must bring us. Directed by Paolo Di Stefano, from 2 to 5 April 2020 the events will host high profile international guests, mainly at the Monte Verità, the “mountain of truth” itself, steeped in Utopian history, as they join in reflections on the far-reaching social and cultural changes impacting our time. Titled Great Expectations – in honor of the 150th anniversary of the death of Charles Dickens in 1870 – Eventi letterari Monte Verità will explore the burning issues of our time, from global economic inequality to urgent environmental threats, and the need to strike a balance with new technologies that risk undermining the humanist values on which our civilization is founded.
Another featured topic will be the immense drama of human migration. In that context the invitation to Pakistani-British Hanif Kureishi writer to open this year’s Eventi letterari, on 2 April 2020, is particularly apt. Kureishi, an acute and lifelong observer of the dynamics of integration and the currents of racial and cultural discrimination, will meet with the public at the PalaCinema in Locarno.
To learn more, click here.