North by Southeast: on the Road with Open Doors 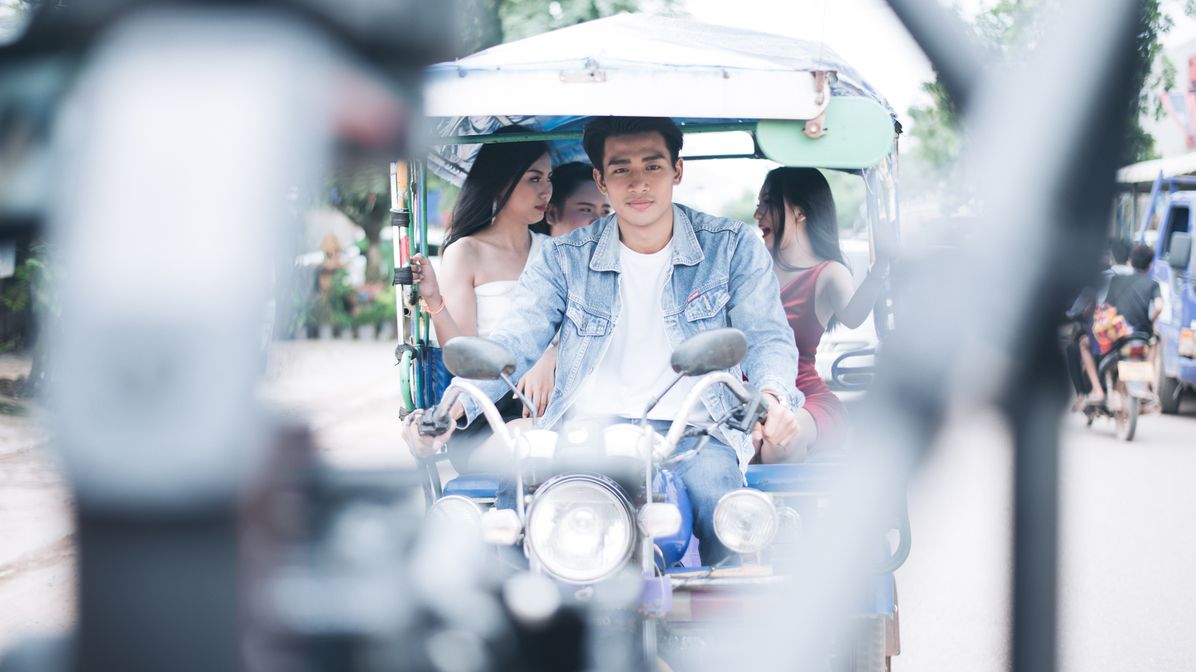 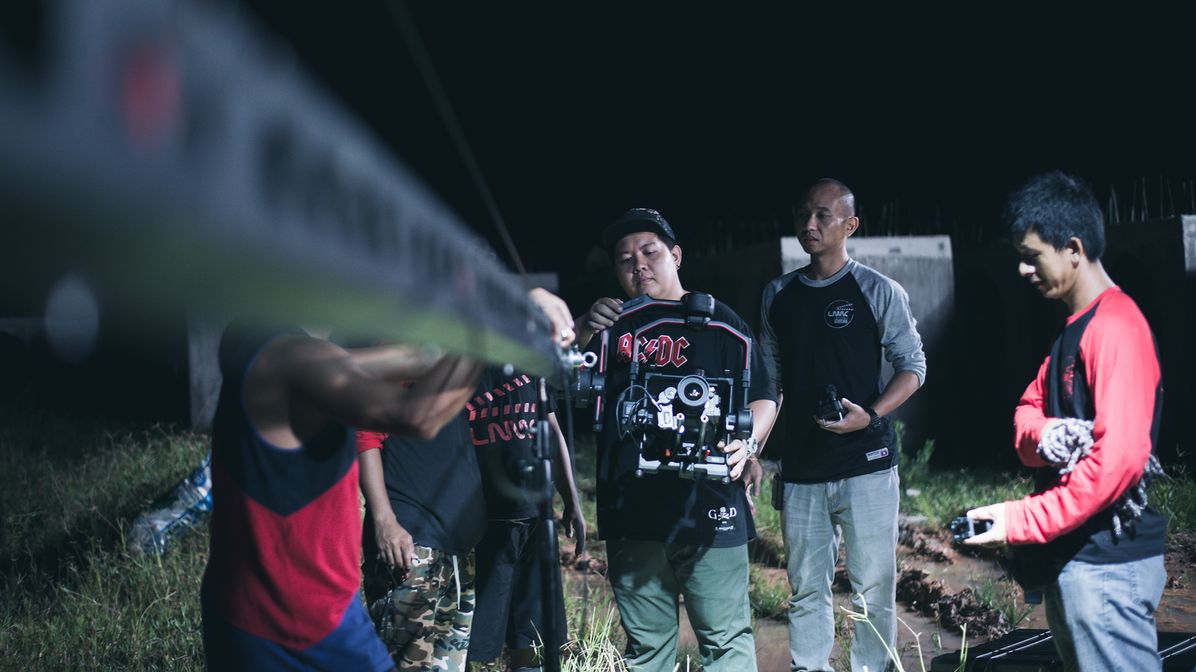 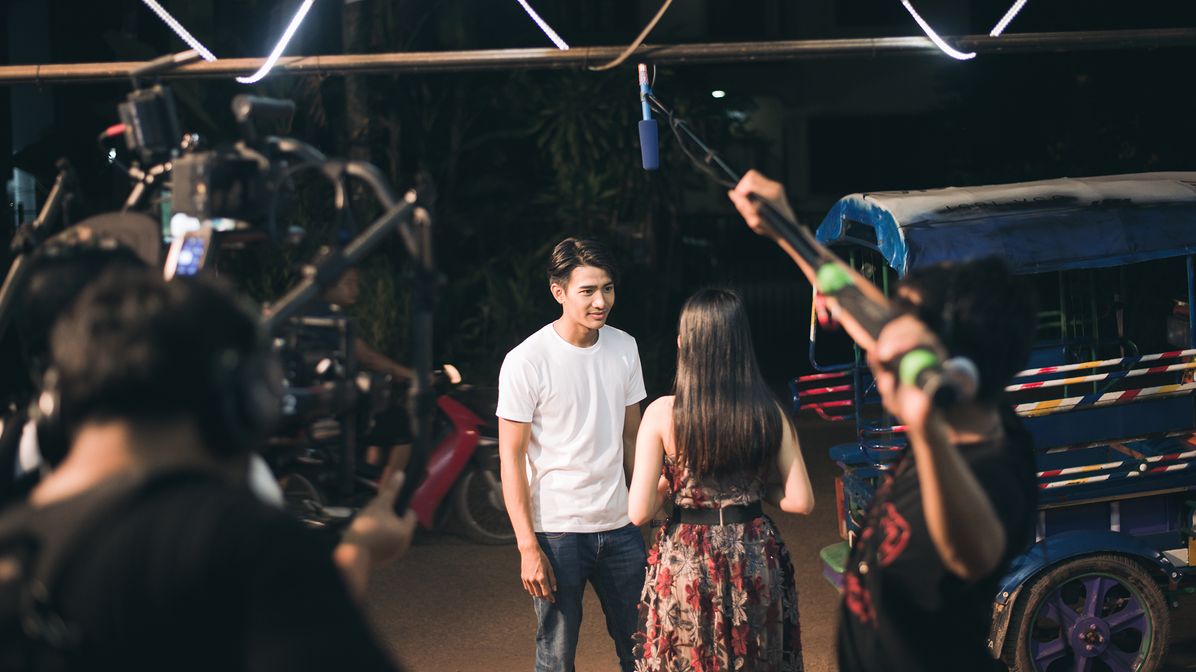 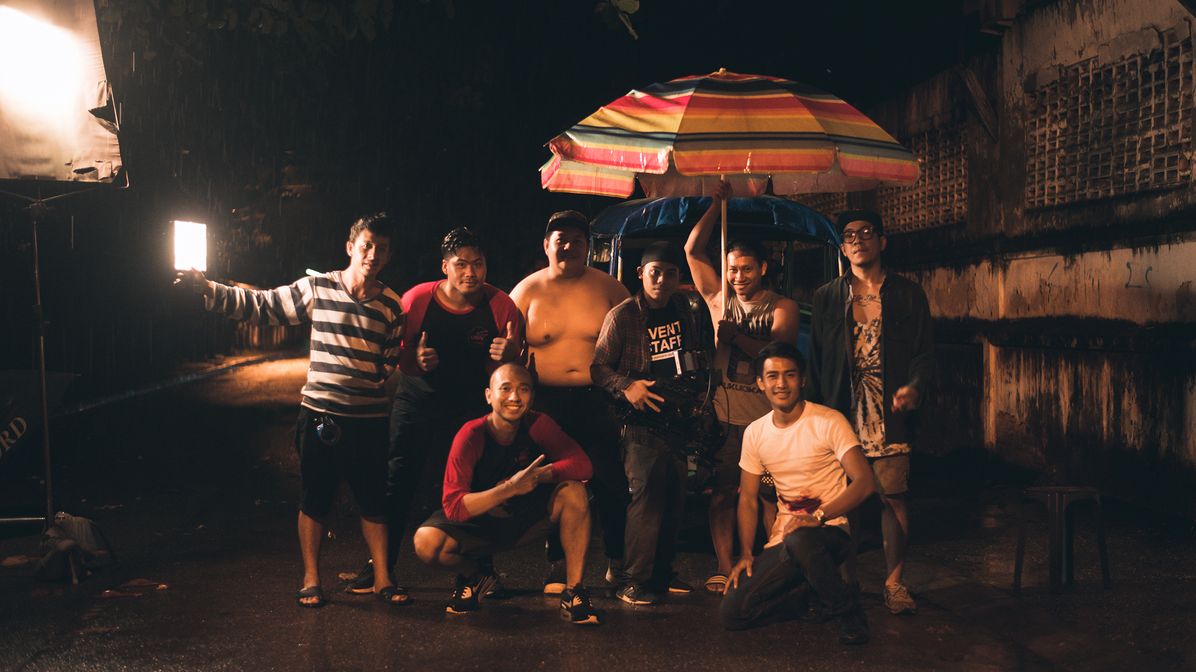 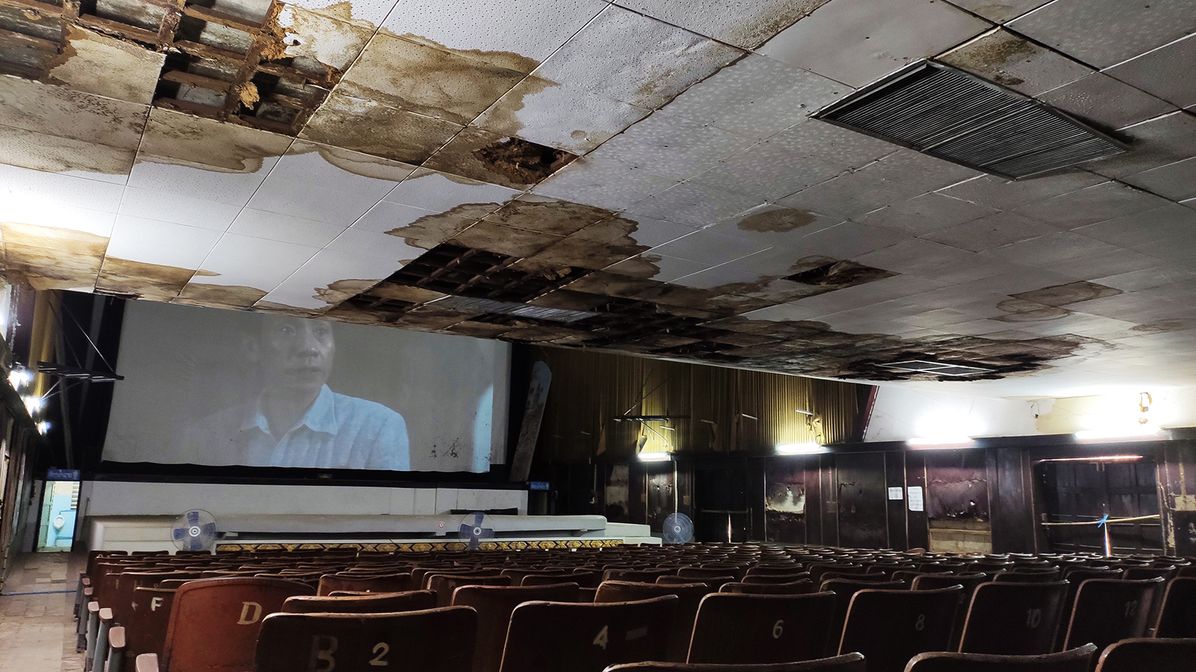 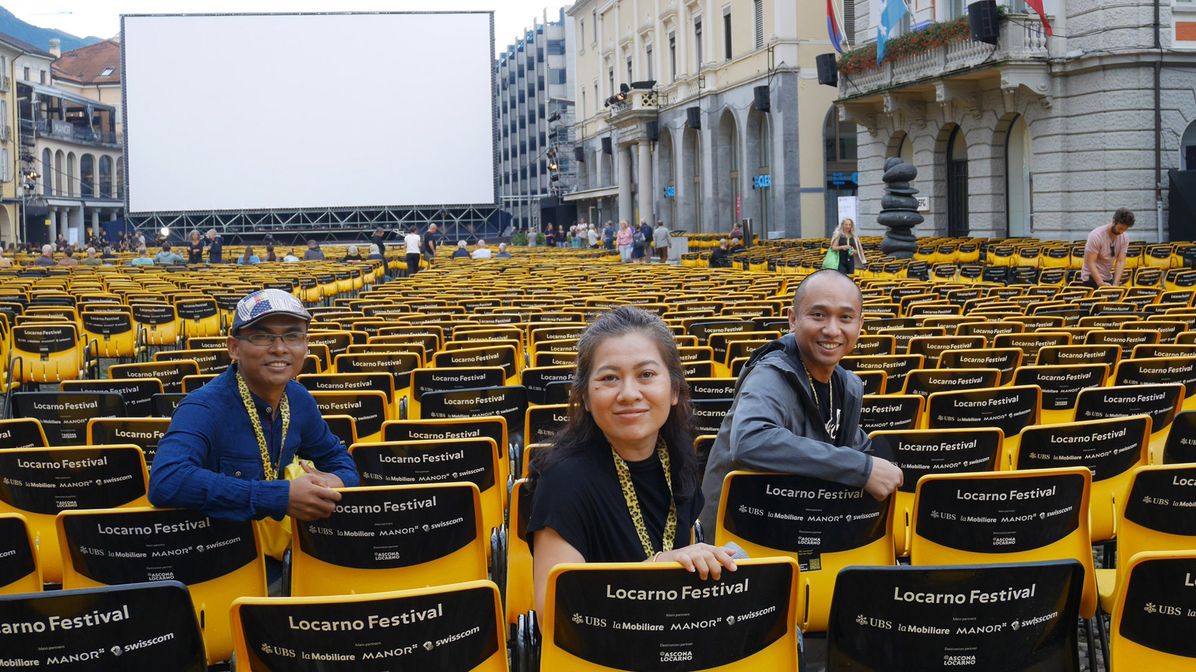 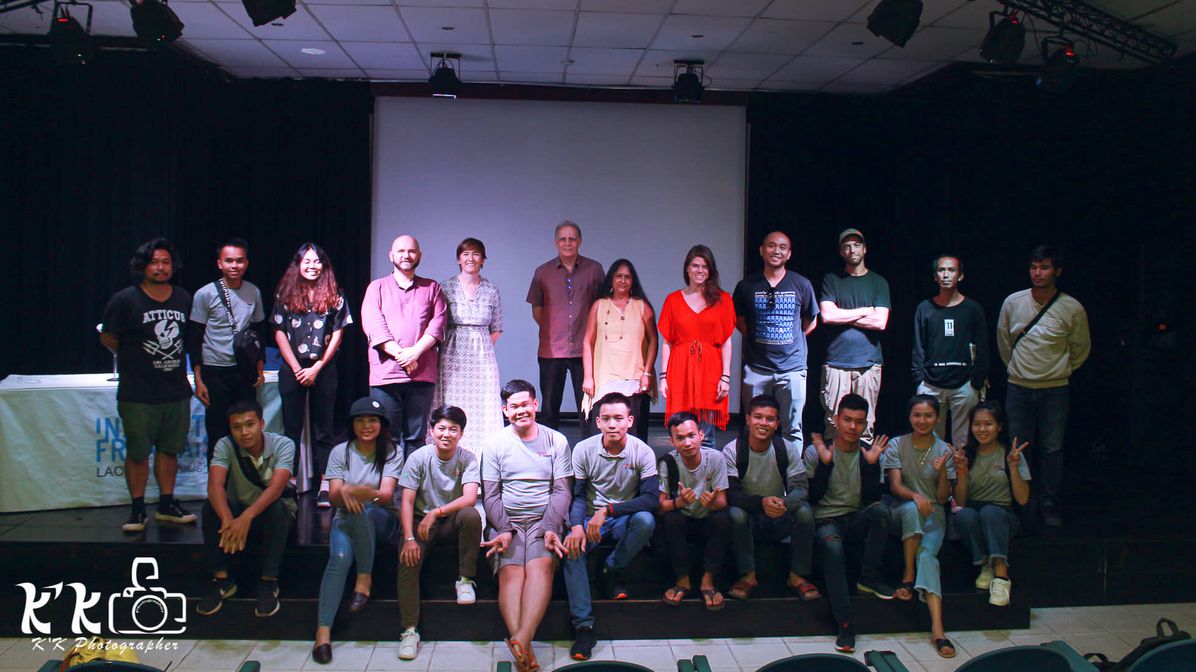 What defines a “smaller” filmmaking country? What results or numbers can lead to a list of global filmmaking and decreeing who is strong and who is frail? Here’s an exercise: picture Switzerland, with only four theaters, in cities of your choosing: one in Lugano, one in Basel? One in Geneva, one in Zurich? Wherever you want, as long as it’s just four theaters, for eight million people and potential viewers. Well, that is Laos, give or take: 7 million inhabitants, 236,000 square kilometers and 4 movie theaters. Is that weak enough?

Obviously, one does not measure filmmaking based on viewership. The number to think of concerns directors, writers, producers, distributors. In short, it’s the people who actually make films, whether it’s writing them, hiring a crew, building a set, renting an editing suite or choosing a poster. That being said, the desert-like image of cinemas in Laos does paint a precise picture of what is indeed a frail national film industry, especially in an era of audiovisual giants and on-demand companies. Does that mean Laos is doomed? Not at all, because this is also the age in which filmmaking is more accessible than ever, and Festivals look in that specific direction. The Locarno Film Festival, for instance, has a section called Open Doors, and since last year, with another two to go, it’s been looking to the South East, towards Mekong.

DECEMBER 2, 1975
One can define or measure Laotian filmmaking by using their equivalent of Rue des Capucines and the Lumière brothers’ Christmas night. Only in this case, it would have to be 90 years later. Cinema did exist before that, of course, and theaters were filled on a regular basis, albeit solely through large-scale foreign imports. Then, on December 2, 1975, Pathet Lao – the communist party – overthrew Savang Vatthana’s monarchy and imposed the Lao People’s Democratic Republic. What became of cinema? It became a government tool, aimed at the people. Following the double-sided propaganda period during the civil war, Laotian cinema took on the shape of the new regime, with all facets of the industry – financing, production, distribution – in the hands of the Ministry of Culture’s Cinema Department.

BETWEEN THE MILLENNIA
The government was red, as was hope. In such a sterile artistic context, the only genuine Laotian flame on the international film scene was Red Lotus (Bua daeng, 1988), a 5,000-dollar production by director Som-Ock Southiponh. Sadly, that flame went out quickly, as did Southiponh’s career. A few months later, the Soviet Union fell, and with it the already weak flame of filmmaking met its end in silence, skipping an entire generation of hypothetical directors and only barely getting by through Lao Art Media.

The first cinematic decade of the new century treated Laos as set decoration. The country was virtually non-existent in terms of production but did show up on the silver screen in Sakchai Deedan’s Good Morning Luang Prabang (Sabaidee Luang Prabang, 2008). Thai audiences were not convinced, and yet the film, starring a Thai actor of Laotian-Australian descent, Ananda Everingham, struck a chord with the neighbors. It was minimal, but the signal was clear: Laos could be used for filmmaking.

SOMETHING’S MOVING
After closing the book on the first decade of the new century, Laotian cinema began to breathe on its own. Two names proved essential at this point: Anysay Keola and Mattie Do, the two lungs of this New Wave. And then there was a new date: December 4, 2011. Exactly 36 years after the royal overthrow, the Luang Prabang Film Festival hosted the premiere of Anysay Keola’s At the Horizon, the first thriller in the history of Laotian cinema, with a budget of 15,000 dollars. A year later, Luang Prabang showcased Mattie Do’s Chantaly, Laos’ first horror and first female-directed film. Laotian cinema is a living, breathing entity. Its new talents are fostered via events like Luang Prabang or the Vientianale, the major national film festival that sadly came to an end in 2018. Young auteurs gain access to these safe harbors, be they national showcases or workshops and competitions, and through them they create a bridge to reach those who keep cinema alive: the viewers.

LAO NEW WAVE CINEMA
Were those two directors enough? Of course not. Shortly after the aforementioned events, Anysay Keola founded Lao New Wave Cinema, through which he produced his second feature film, Above It All (2015), and the anthology Vientiane in Love, co-directed with Phanumad Disattha, Xaisongkham Induangchanthy and Vannaphone Sitthirath. Around the same time, in 2016, Mattie Do directed Dearest Sister, the first Laotian film to gain international attention: it caught the eye of France and Estonia, as part of La Fabrique des Cinémas du Monde at the 2014 Cannes Film Festival in the early stages of development, and it made history as first ever Laotian film to be submitted in the Foreign Language category at the Oscars. Through these efforts, Laotian filmmaking stepped out of the shadows and came into contact with the collective aspect of the industry. Thus, a new generation of filmmakers, both young and not so young, was born, via a desire to learn and to create a movement that imagines a bright future. These filmmakers include Xaisongkham Induangchanthy, who co-directed Vientiane in Love and went on to develop Raising a Beast, a project that was selected for the fourth edition of the Singapore Film Festival’s South East Asian Film Lab, as well as the second edition of the SEAFIC Script Lab.

This is not limited to a couple of films and a handful of screenings. Having made the first LGBTQ-themed Laotian film (Noy, 2015), Anysay Keola worked on two projects in 2019 (The Tuk Tuk of the Fifth Kind and Expiration Date), while Mattie Do, whose American upbringing helped her bridge Laos and California, directed her third feature, The Long Walk.

IT'S TIME TO LAOS
Now what? It’s time to grow. But how? By generating culture. After years of immobility, the Laotian film industry needs film culture. On the one hand, this requires a new audience and therefore new facilities, new venues. On the other, it requires developing an industry capable of generating cinema. As of now, public funding is non-existent, budgets are roughly 5,000 dollars per film and more often than not projects rely on crowdfunding and private investors. This inevitably impacts the craft: crews are frequently hired through social media, and unpaid. TV and music professionals adapt their skills to film production, and the movement struggles to achieve maturity.

LAOS IS IN LOCARNO, AND LOCARNO IS IN LAOS
Enter Locarno, and three years’ worth of observing and thinking. Open Doors shone a light on Laotian cinema during Locarno72, kicking off a new long-term plan focusing on a new area of South East Asia. In August 2019 the entire Lao New Wave Cinema group took part in Open Doors: Xaisongkham Induangchanthy participated in the producers’ Lab, while Anysay Keola and Vannaphone Sitthirath took their new project, Red Mekong, to the international co-production platform Open Doors Hub. As for Vientiane in Love, it was shown as the opening film of the Open Doors Screenings.

Then, once summer was over, Locarno went to Laos. In early November 2019, Sophie Bourdon (Head of Open Doors) and Paolo Bertolin (Open Doors Consultant), met with producers, directors and film professionals in Vientiane, during a two-day event at l’Institut Français du Laos which allowed them to showcase Open Doors’ activities and get to know the projects and professionals that could be part of the Hub and Lab at Locarno73.

Click here and read also the interview with Anysay Keola