The Knife of Cinema

Iranian director Mohsen Makhmalbaf’s masterpiece, which played in Locarno in 1996, was chosen by Miko Revereza for A Journey In the Festival’s History and is available online 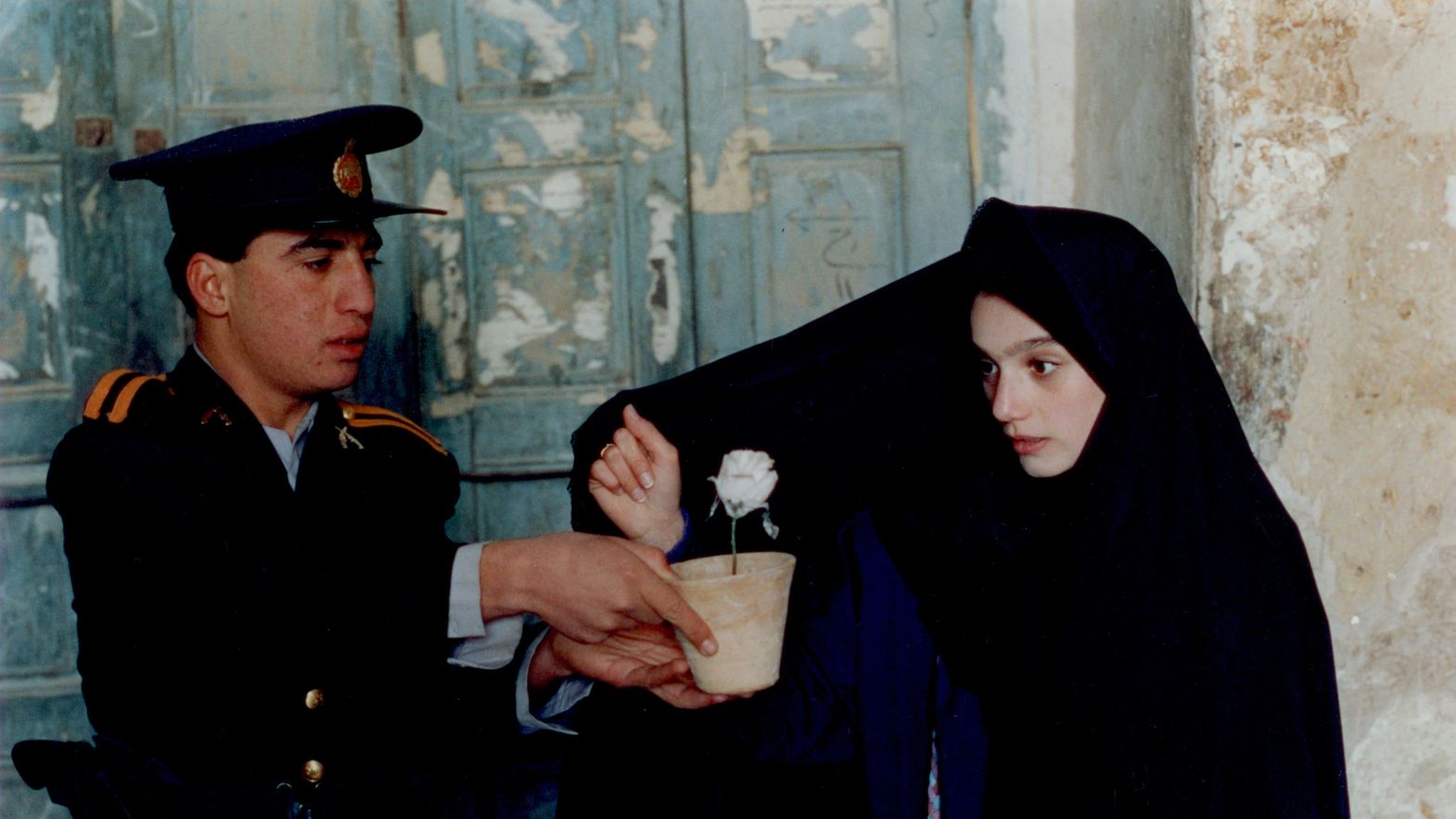 On the one hand, there is the bloody biographical episode from the director's own life. On the other hand, the director himself decided to recover that dramatic shred of the past and turn it into a starting point for a fiction film. This is how Mohsen Makhmalbaf, at the time of Iranian filmmaking’s finest output, moves within the slippery space that exists between reality and its reconstruction through a group of actors, to carry out an extraordinary reflection on cinema, seen as capable of rewriting history up to a possible suppression of the most deeply rooted grudges. Yes, because what gave birth to the idea of ​​Noon-O-Goldoon (A Moment of Innocence), which received special mention at the 1996 Locarno Film Festival, was, above all, Makhmalbaf's encounter with the policeman he had stabbed two decades prior, at the time when he was a militant against the Shah's government, which caused him to spend a few years in prison. It is the policeman himself who shows up, out of the blue, at the publicly announced casting in view of an upcoming film. Thus, using a film-within-a-film stratagem and a terse documentary style pared down to its essence, Makhmalbaf leads reality and fiction to an embrace, but not without questioning the way it was filmed and made. It is a sort of staged remembrance of that distant event that pushes cinema to question itself and its meaning, but above all the contradictions that lie at its roots, while the characters move within a Tehran that is out of phase and juxtaposed with its becoming a film set.