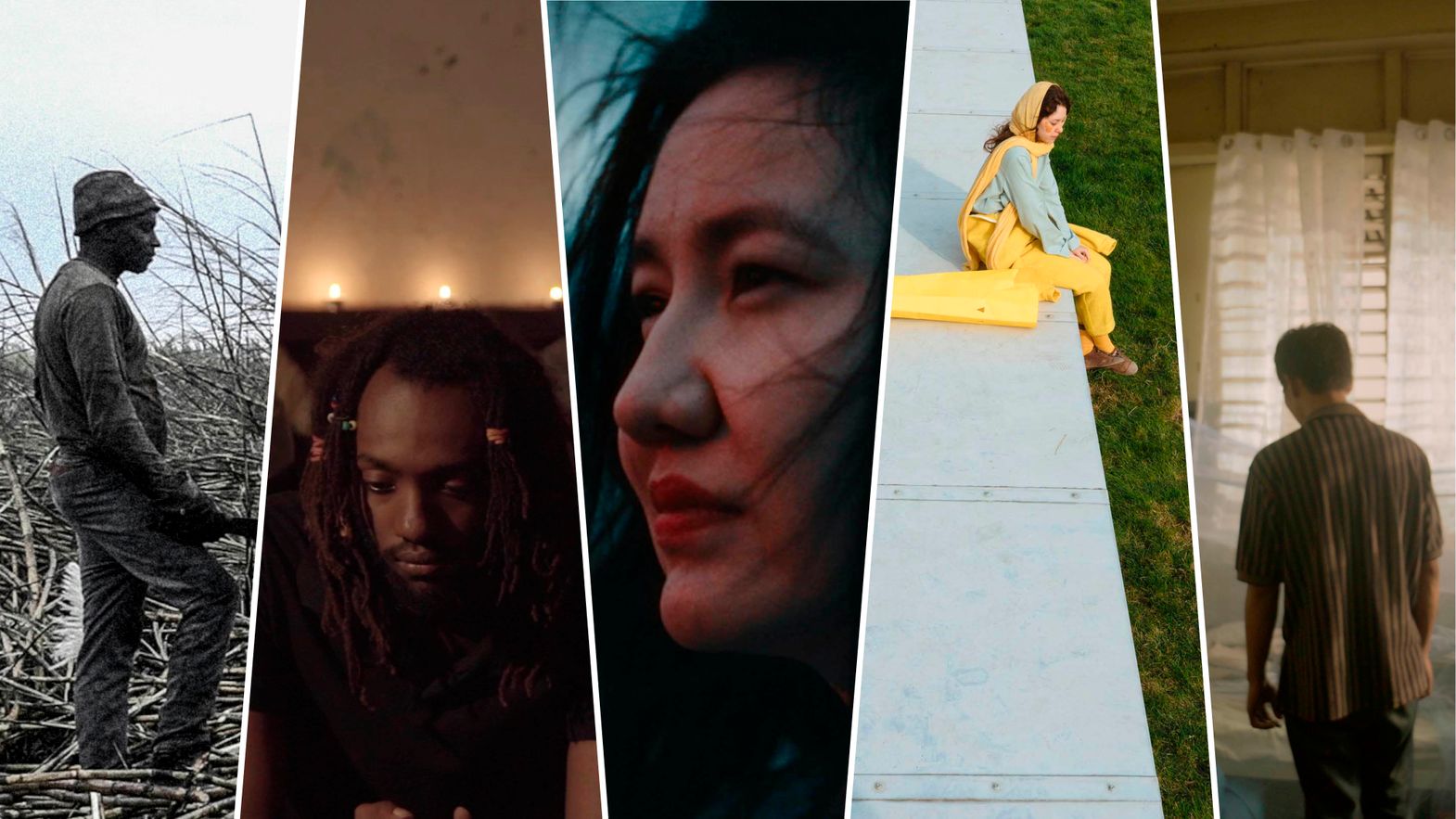 The medium of film enables filmmakers to explore different contexts which create the anxieties, loneliness and isolation that human beings experience. In this first programme of the 2020 Pardi di Domani we witness identity battles, loneliness at work, environmental impact on health anxieties, family obligation and establishment instilled societal expectation.

Opening in the programme is Iranian artist, photographer and filmmaker Abtin Sarabi’s documentary Parcelles S7 (Land Lot S7). A poetic insight into the loneliness of sugar cane workers from Richard Toll, a northern Senegalese town. As men travel through the night they are engulfed in the toxic fumes emitted from the outdated practice of burning sugar canes before a dawn harvest. Abtin uses traditional music juxtaposed with images of fire, nature and lone men in tribal masks creating a constant symbolic presence with references to mythology.

Emerging Rwandan filmmaker, Ngabo Wa Ganza’s debut short film Fish Bowl with its intense pressure of imposed traditional obligation and loneliness highlighted by generational divide provides the backdrop for an authentically delicate blurring of friendship between a young artist, on the eve of his mother’s funeral and his female friend.

Joanne Cesario’s Here, Here blurs the lines between documentary and fiction, presenting an authentic and sensitive expose of the impact of organisational mining in a small Philippines town, on a family who await the potentially devastating news of a family member post a mining accident. Joanne establishes parallels between the landscape and the body highlighting the increasing anxieties around health, death, nature and the environment.

Spotted Yellow opens up a world of internal anguish and turmoil. Roya is a young girl who spends her day hiding behind the mask of a giraffe as a storyteller in a children’s holiday camp. Iranian Writer, Director and Producer Baran Sarmad creates a melancholic aesthetic with an isolating score to accompany the protagonist in her identity battles and loneliness.

Zhannat Alshanova, originally from Kazakhstan, is a previous participant of Locarno’s directing workshop during L'immagine e la Parola, where she was mentored by Bela Tarr, her graduation short film End of Season (2018) premiered as an Official Selection at 71st Cannes Film Festival (Cinéfondation). In her most recent short film, History of Civilization, she explores how expected social prejudices force University tutor, Indira to leave Kazakhstan in search of freedom from more liberated countries, however when given the opportunity she gives in to the very freedom she seeks.