All About My Mother

The last film directed by the great Chantal Akerman, which played in Locarno in 2015, was chosen by Cyril Schäublin for A Journey in the Festival History 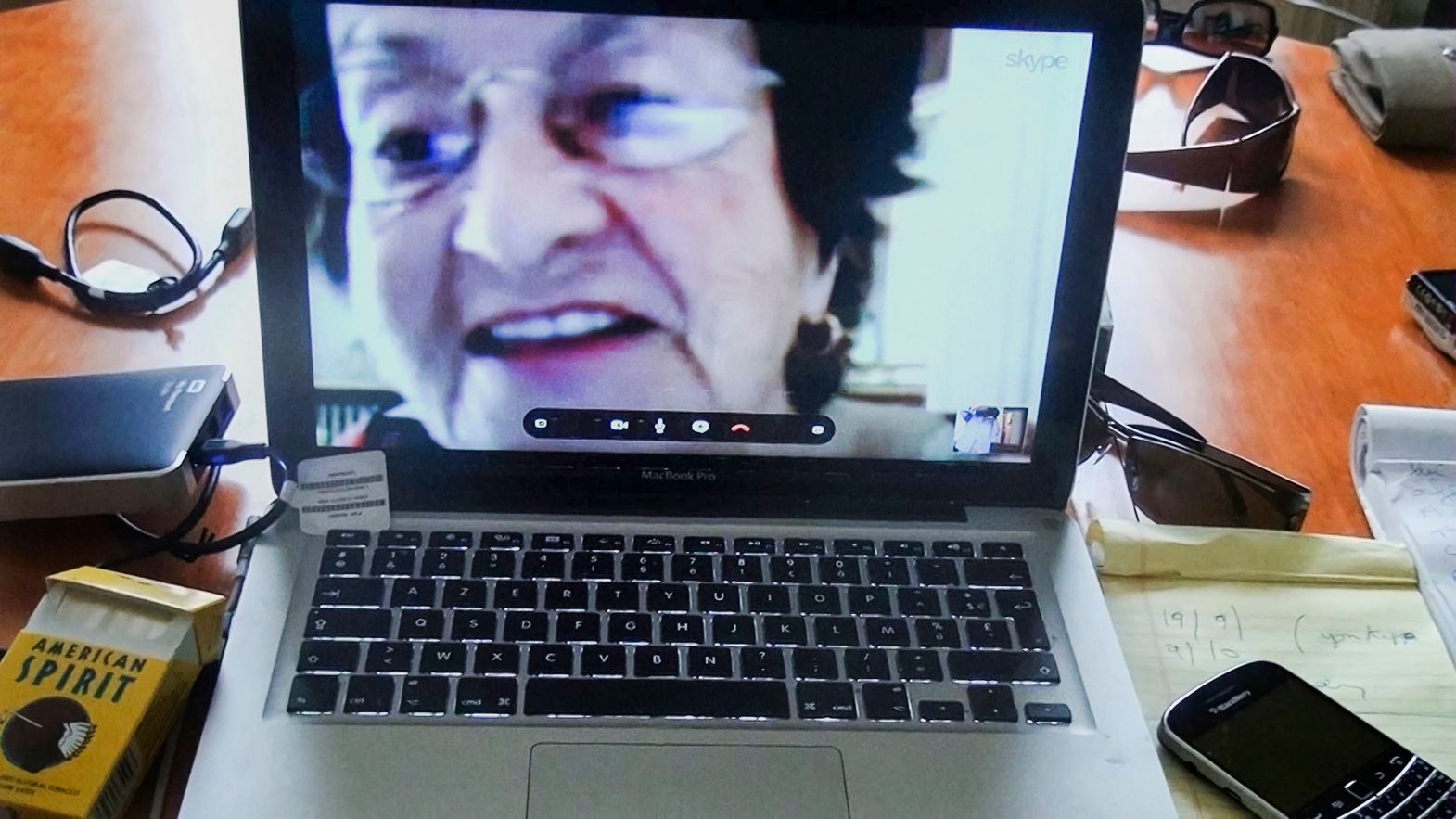 The image strips down until it reaches the zero level in terms of cinematic grammar. It’s also the dilated time of a farewell dialogue between a daughter and her dying mother. These two elements converge in the work through which Chantal Akerman, No Home Movies, crafts an act of love and knowledge, tightening her gaze on a woman who is captured on her way out from a world that is disappearing, along with the great tragedies her life experience carries with itself. And if the world is inevitably changing, so do the distances and questions with which cinema connects to reality. The film’s vision and journey opt for a seemingly counterintuitive method, focusing on motionless images. The composition is made up of largely static shots and captured via a computer screen, where all the communications take place via Skype. The fixed quality of the words gradually allow for details to emerge in the background and become the center of attention. As always, the key to Akerman’s films lies in the duration, in the extension of the weight of the gaze beyond what’s customary, so that something else may echo or approach.