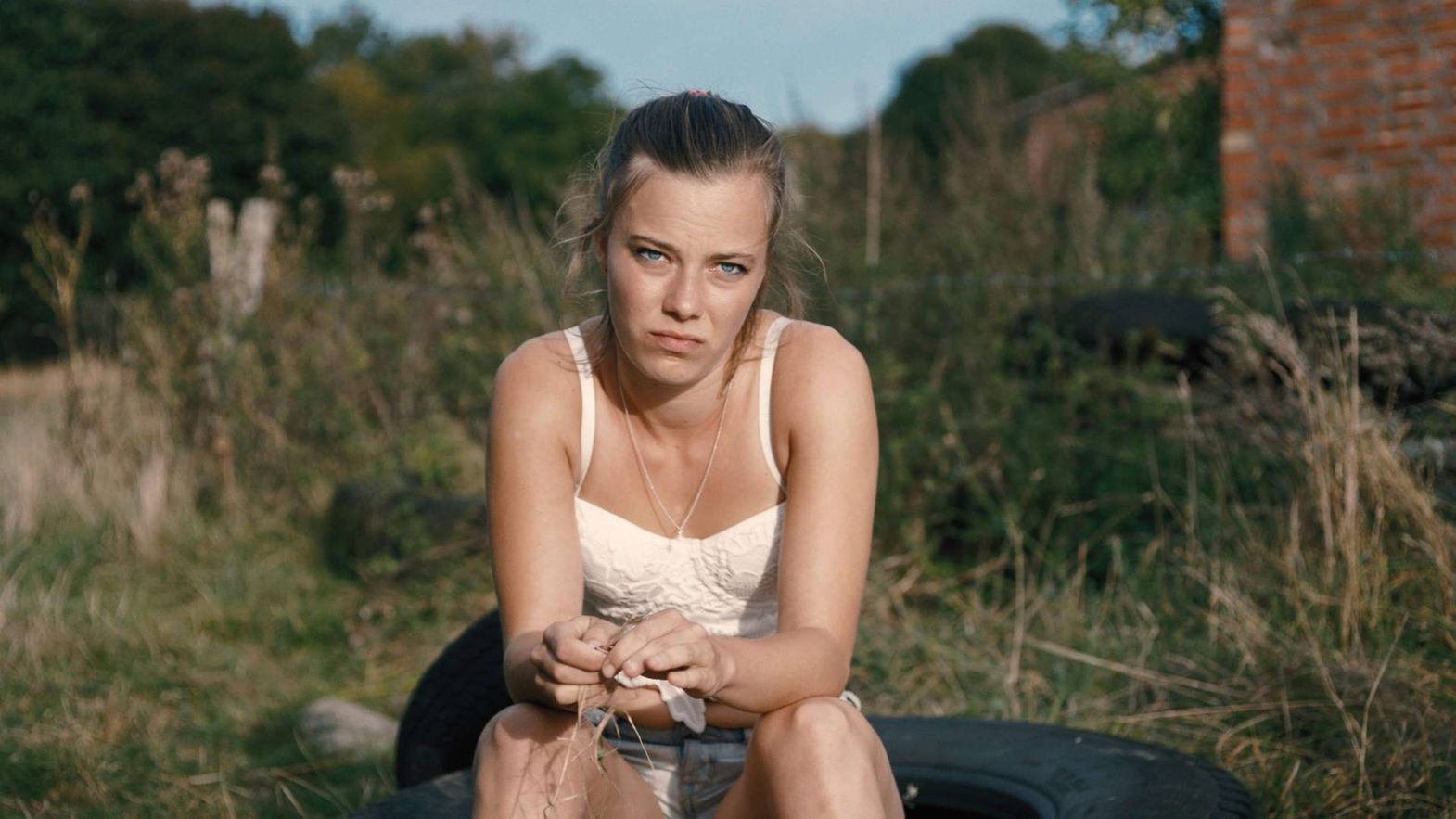 For Niemand ist bei den Kälbern, her second feature, German-Iranian writer-director Sabrina Sarabi adapts the eponymous novel by Alina Herbing which, upon publication in 2017, caused a stir for its unvarnished portrait of contemporary East Germany. Equally direct in her approach, Sarabi also rips the veil off the romantic myth of reunification.

In an electric and fearless lead performance, Saskia Rosendahl plays Christin, a woman in her early 20s who lives on a farm in the northeastern region of Mecklenburg-Vorpommern.

Her dissatisfaction and urge to escape are evident from the opening scene, where following a fight with her boyfriend she spontaneously hitches a ride to Hamburg, simply to get some air. She returns the same night, but her restlessness only grows more intense as the film progresses.

Through Christin’s relations with the people around her – alcoholic father, missing mother, apathetic boyfriend, unsupportive foster family, disloyal best friend, abusive peers – the film paints a portrait of an economically neglected society, grown resentful after the lofty promises of reunification were left unfulfilled and the country rushed ahead without them.