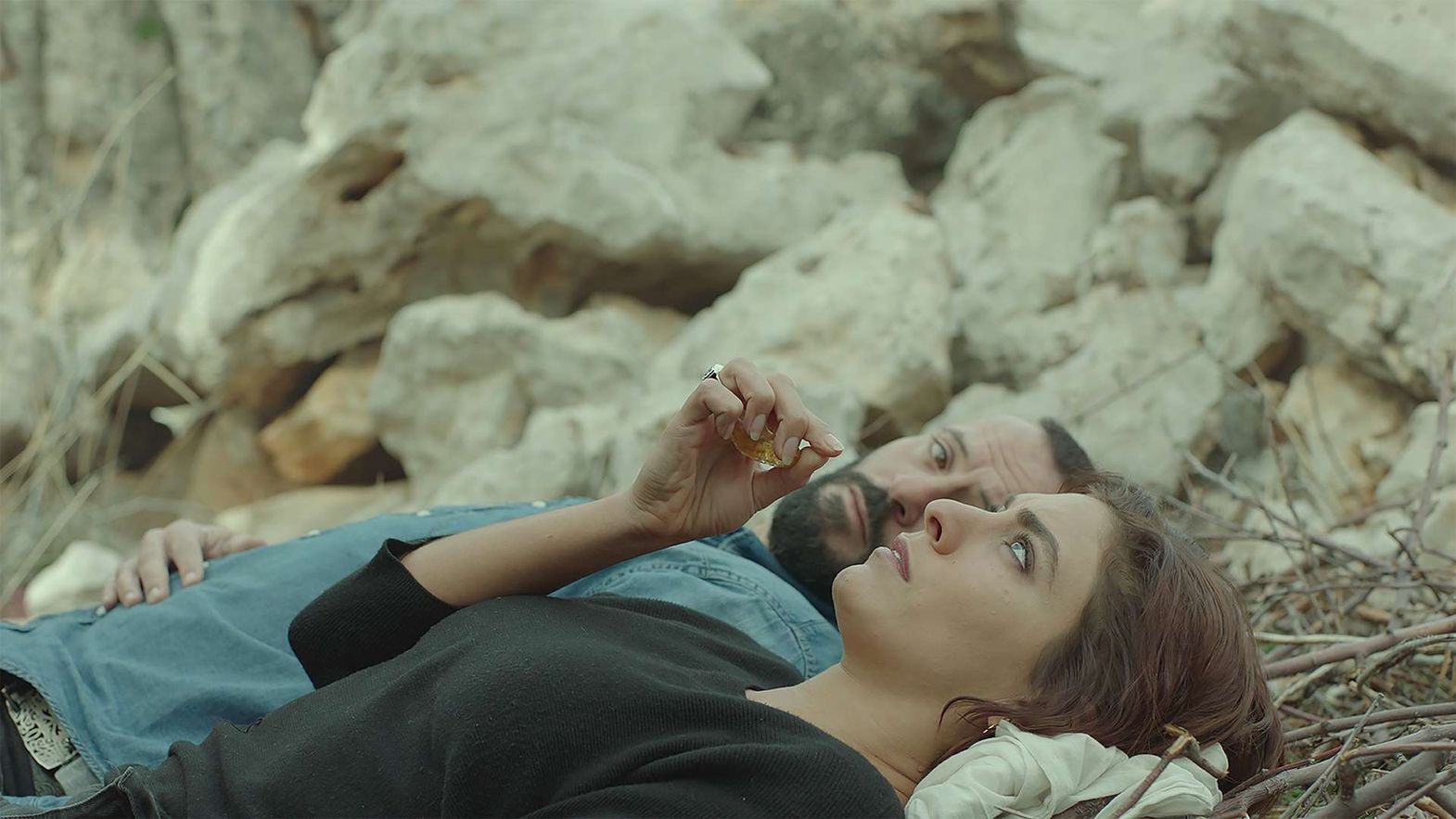 From the first questioning, the first breath, the first cords of Richard Skelton, the first shadow, both the director and the movie offer us a sensorial, sensual, and metaphysical journey.

Ghassan Salhab is a director of Lebanese descent, who was born in Senegal and lived there until the age of 12, before moving to Lebanon and discovering his parents’ homeland. Being uprooted and the connection to the land are thus links he investigates in his films: Phantom Beirut (1998), Terra incognita (2002), The Last Man (2006), 1958 (2009), The Mountain (2010), and The Valley (2014).

In his new film Al Naher (The River), the man, played by Ali Suliman (known for the Golden Globe-winning Paradise Now and subsequently seen in The Kingdom and Lemon Tree), and the woman, played by Yumna Marwan (who appeared in the director’s previous film The Valley) are alone in a deserted Lebanon, like the first man and woman, unless they happen to be the last. Together, they look for their path, laid out like the thread of a vital search.