Jonas Ulrich, winner of the Pardi di domani National Competition at Locarno2020, and now part of the Locarno Shorts Weeks with Menschen am Samstag, remembers those days and discusses new projects and all facets of cinema. 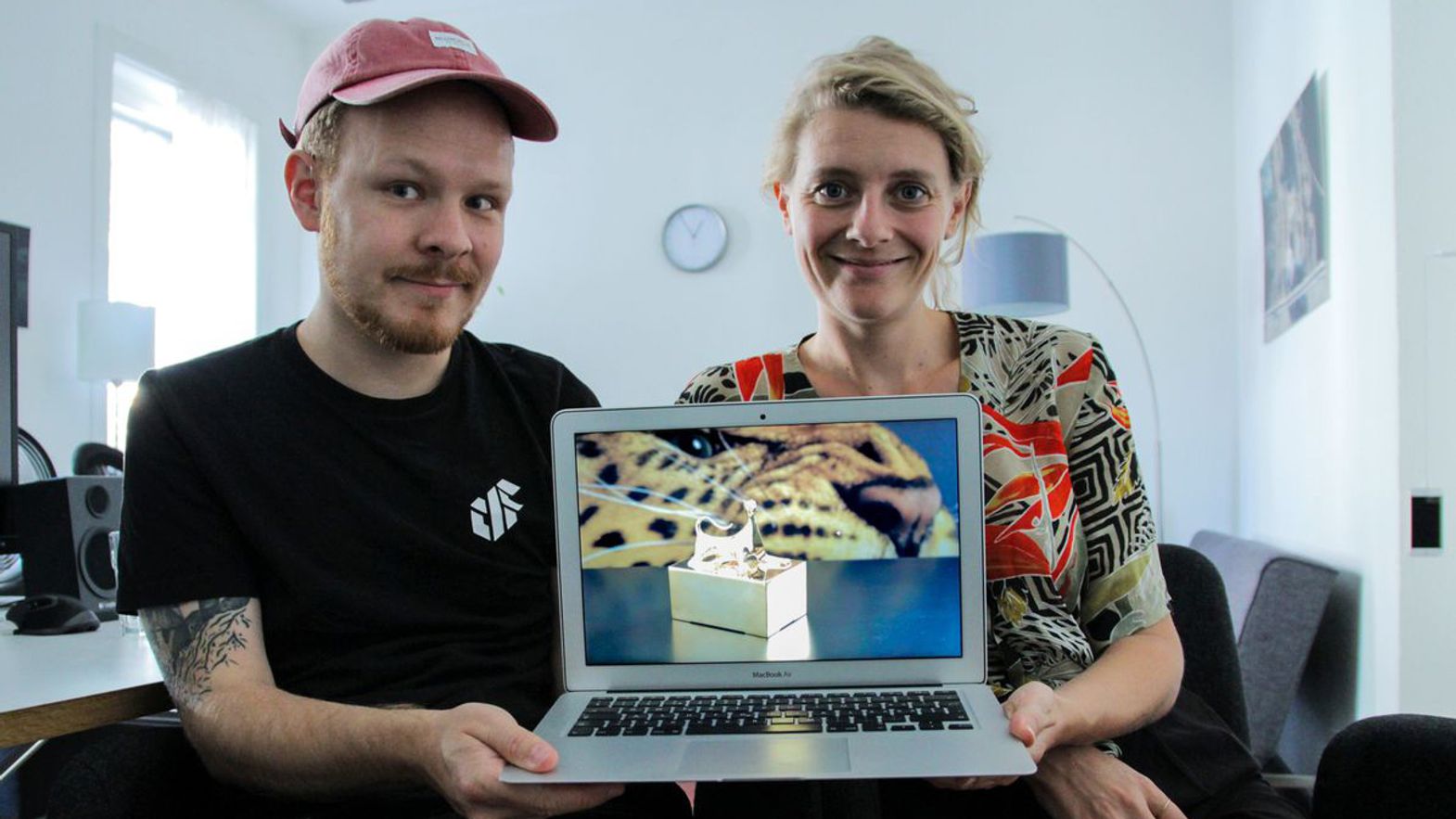 Jonas Ulrich, 31, based in Zurich, won the most unusual edition of Pardi di domani in 2020. A largely remote edition, in the midst of the pandemic, during which the Locarno Film Festival nonetheless soldiered on. It didn’t want to put cinema on hold, and a new generation dealing with their future in the film industry. It was vital to be there, for these filmmakers. That summer, with his film Menschen am Samstag, Jonas won over the virtual audience, and received the Pardino d’oro for the National Competition. And now, while he’s already filmed another short, Menschen am Samstag is back, as part of the Locarno Shorts Weeks. Once more on the stage, once more in Locarno.

You have won a "remote" award. What do you remember about the experience in 2020, about that edition of the festival, and about the day of the online award ceremony?
«It was definitely surreal. There was no award ceremony at all, instead we waited anxiously at home until the press release went out. The reactions came step by step, but of course we were extremely happy.»

What has happened since you received the Pardino d'oro Swiss Life?
«We are glad that "Menschen am Samstag" has been able to travel so far since Locarno, to Uppsala, Vienna, Brussels and Reykjavik, among other places, and throughout Switzerland with Kurzfilmnacht auf Tour. This gave me a few more opportunities to see the film on the big screen and experience the audience's reactions. In 2021 I was already able to complete a new short film, which was shown at the Kurzfilmtage Winterthur and the Solothurner Filmtage under the title Behördenhasser. Apart from that, I am involved in various film projects, and of course I hope to realise a feature-length film in the near future.»

You started out as a journalist and film critic, today you are a filmmaker. Which aspects of the two different "roles" fascinate you the most? And did it help you to be a critic first before becoming a filmmaker?
«Definitely. As a film critic, you are forced to be open-minded. You can't trash all comedies because you personally don't like comedies. So you try to judge every film fairly and without prejudice: What have the filmmakers tried to achieve? How did they succeed? That's how I want my films to be judged. At the same time, it is a luxury to be able to evaluate a film quickly from a distance. When you make films yourself, you learn one thing above all: it is very, very much work. You spend what feels like an eternity on every cut and every line of dialogue. This makes it absolutely impossible to judge your own film objectively.»

Menschen am Samstag is a snapshot of ten Swiss stories. Alluding to the name of the Locarno Shorts Weeks partner, it could also have been called “Swiss Life”. The world has changed since you made the film, the pandemic has disrupted everyday life. If you were to go down this road again today, what would you say about the same Zurich, about this everyday life?
«Public life has definitely changed. I almost become a little nostalgic when I see the film today. At the same time, I think we've all experienced many new, absurd situations in everyday life over the past two years that would make wonderful material for another short film.» 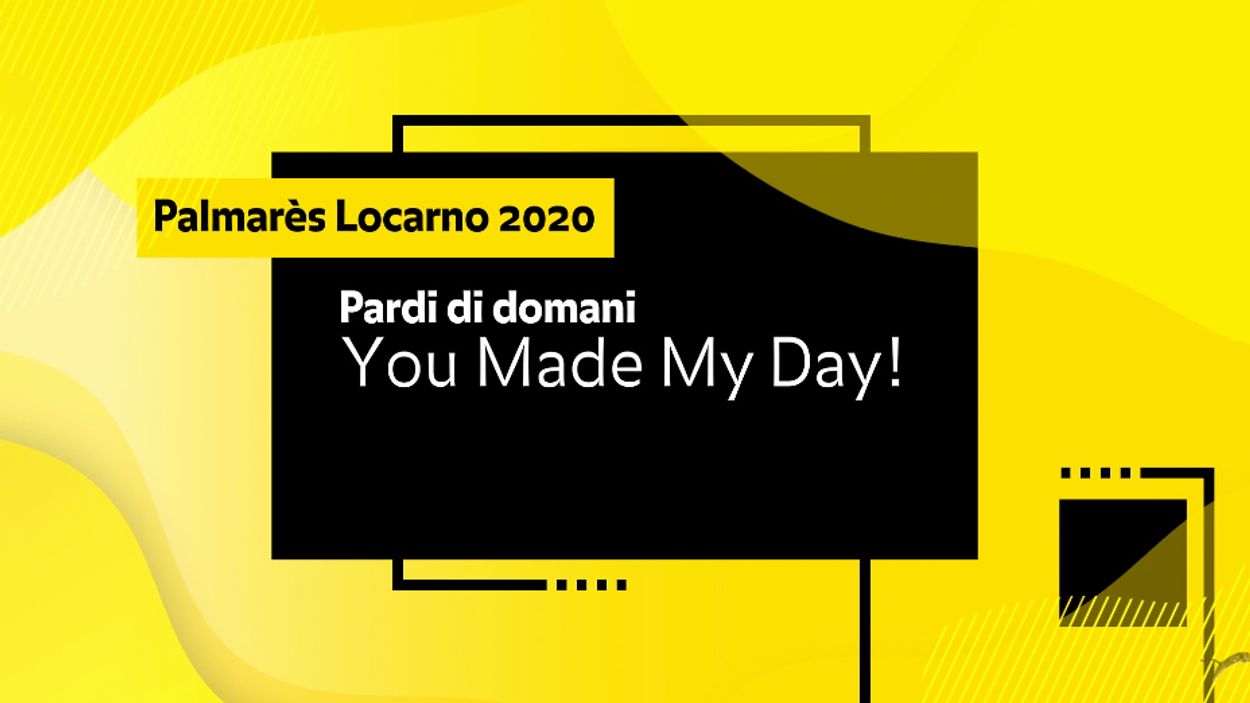 How has your perspective changed in these two years? Have your cinematic interests changed? What are the things that you feel you want and need to tell?
«I don't think that my perspective and artistic intentions have fundamentally changed, however, you learn a lot of new things with each film you make. What is feasible, what is not? Where do my strengths lie? Abstract ideas are all well and good, but the art lies in visualising and dramatising them. Films really are like children, as Billy Wilder said. You have hopes and expectations for them, but ultimately they have their own lives, and not every one of them grows up to be Einstein.»

You are a young artist in the midst of a transformation, a cinematic revolution. In which direction do you think cinema will develop?
«One can no longer speak of "cinema" as a collective term for the art of film as a whole. That is significant. The new buzzword is "content", which I find a difficult term. Film is equated with make-up tutorials and hour-long podcasts about conspiracy theories. At the same time, more people have access to cinematic entertainment than ever before, which gives me hope. And the fact that an internet hype can develop around a surreal black-and-white film like The Lighthouse shows the good sides of these transformations.»

In this ongoing revolution what role do you think festivals should have between platforms and cinemas?
«At festivals, it is people who decide on the selection, not algorithms. In this process of selection and curation some films gain attention that would otherwise would be ignored by the "mainstream". If we don't shine a spotlight on special artistic achievements, everything risks being lost in an endless stream of digital content. That, to me, would be terrible: more films are being watched than ever before, but nothing sticks.»