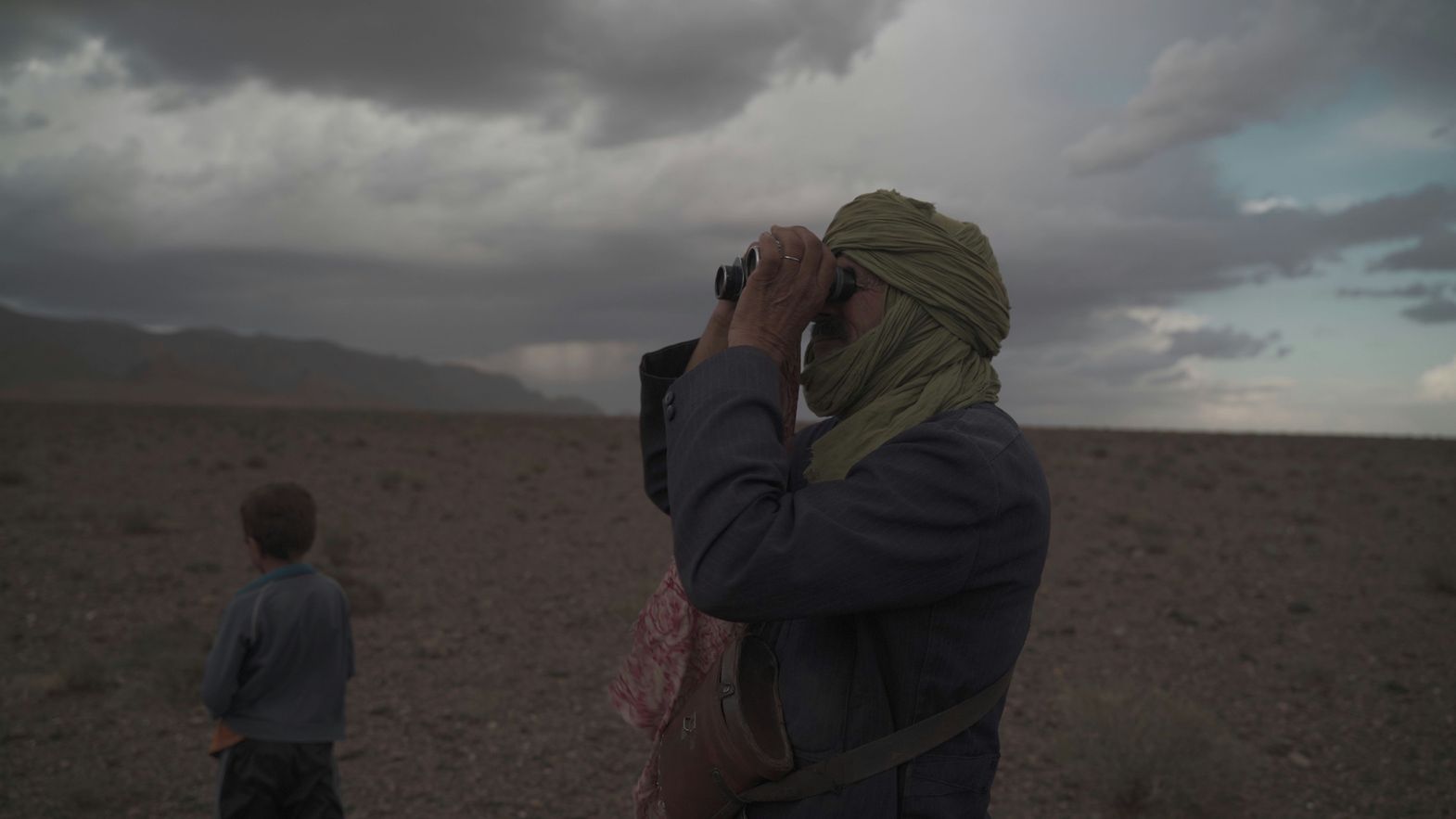 Mohammed lives with his wife and their young son in the desert, raising goats and sheep. The landscape looks like the surface of a foreign planet in a sci-fi movie. Humans and livestock seem out of place here. The jagged rocks that cover the ground and render the environment even more inhospitable also hold the promise of escape for the nomad family. One of them could be a meteorite, a piece of rock or metal fallen to Earth from space. Scientists seeking answers about the origins of life pay good money for meteorites. Mohammed and other men form teams and comb the desert, walking countless kilometres under the scorching sun in search of a better future.

Adnane Baraka, the director of Fragments from Heaven, was also in charge of the cinematography and sound recording – effectively, he formed a one-man team. Even though, strictly speaking, the film is a documentary, Baraka doesn’t include titles or other forms of contextual information. We can surmise that it’s set somewhere in North Africa, and viewers might also recognise that the nomads speak Amazigh, but it’s virtually impossible to know for sure that the desert is in Morocco. All these aspects contribute to the remarkable intimacy of the film. The camera stays close to the nomads; their dreams and anxieties are shared with us via voice-over. Although they’re worlds apart, the effect is reminiscent of the cinema of Terrence Malick.

Fragments from Heaven is a spiritual film, even if its existential meditations are grounded in science. At a university, a science professor explains that organic matter originated from the collision of pieces of exploding stars, which then fell down to Earth. In other words, all life was born from the stars. Could this be the reason for humanity’s fascination with the cosmos? Are we innately drawn back to where we came from? Baraka brings such considerations together with the very immediate and material worries of the nomads. The film’s contemplative pace, the poetic desert and space imagery, and the oneiric soundtrack – by the director’s own musical projects, InCave and SENT, as well as the experimental bands Sunn O))) and Ulver – combine in a sui generis documentary that pushes at the limits of the form, one that understands cinema as a philosophical medium.