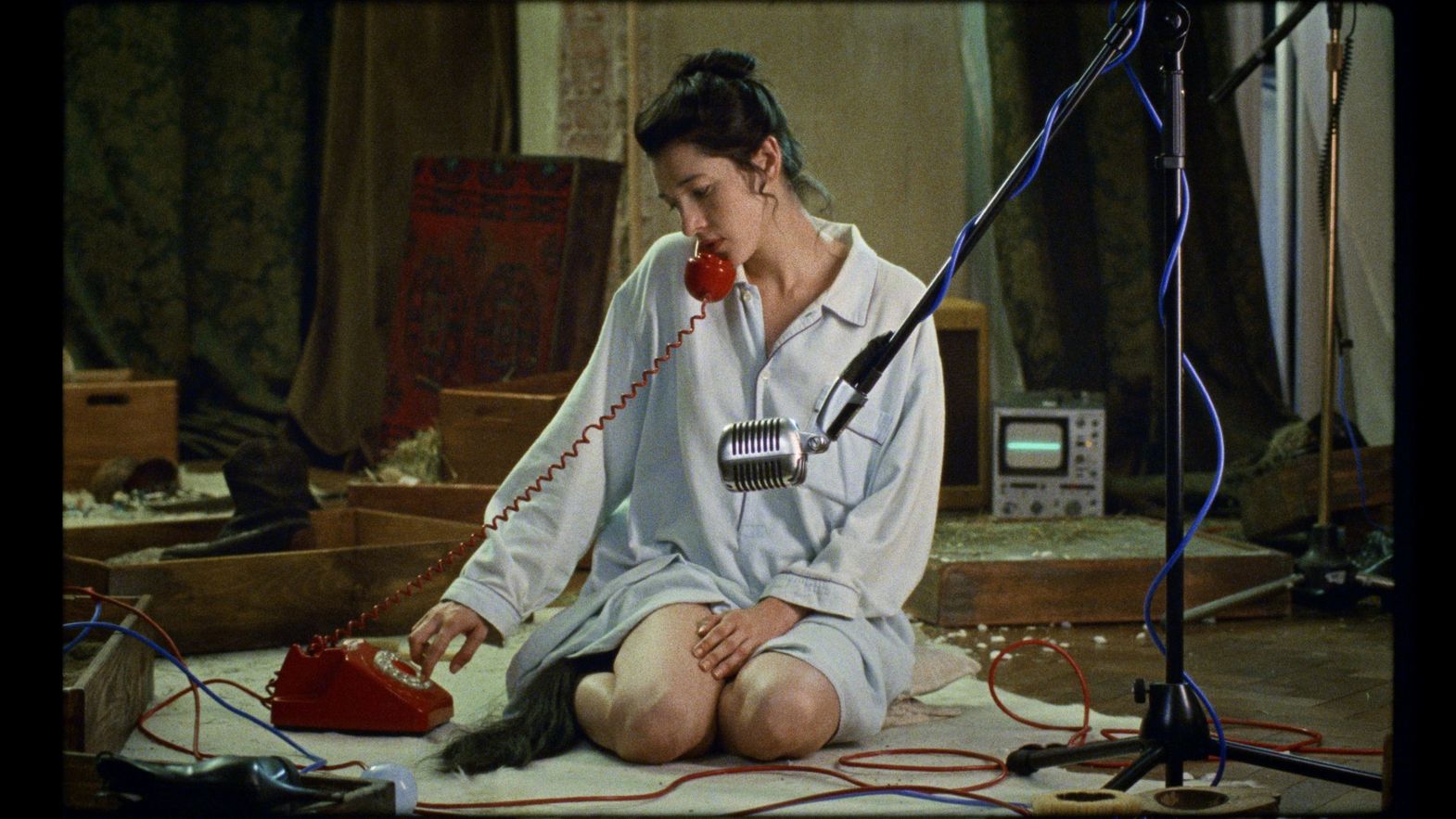 A surprising and funny reveal – and yet, the close-ups of ferns have an undeniable erotic charge. Perhaps they are pornographic after all. Among Oren’s terrific achievements with Piaffe is her subversion of sexual conventions with both humour and irresistible sensuality. Eva is an aspiring foley artist, taking over the work of her sibling Zara, who has suffered a nervous breakdown. Her first important commission is to dub the sound of a horse for a commercial. After her work is trashed by the director, she dedicates herself completely to the task, so much that she grows a horse tail. This new appendage, which she proudly wears hanging out of her dress, proves extremely seductive to the men she encounters. Again, seemingly ludicrous but Oren renders the scenes of the men fondling and gripping Eva’s tail so sexy, it’s impossible not to be ensnared.

Filmed in 16mm, Piaffe is a feast for the eyes. Every aspect of the mise en scène evinces meticulous consideration, from the suggestive use of vivid primary colours to the profusion of equine motifs: a horseshoe-shaped building, two people walking in step evoking a four-legged animal, children ‘grooming’ one another on the tram. In addition to Variety, Piaffe engages in a dialogue with other milestones of feminist cinema. Among them is Catherine Breillat’s Romance (1999), whose white-clad heroine bears a striking resemblance to Eva, as well as a shared attraction to kinbaku, the Japanese art of rope bondage. In contrast to Romance’s dark view of heterosexuality, Piaffe is queer and playful. While also confronting the power imbalances that exists between genders, Oren’s probing of new forms of sexuality and attraction – encompassing the human, the animal and even the botanical – represents a joyous embrace of possibilities.