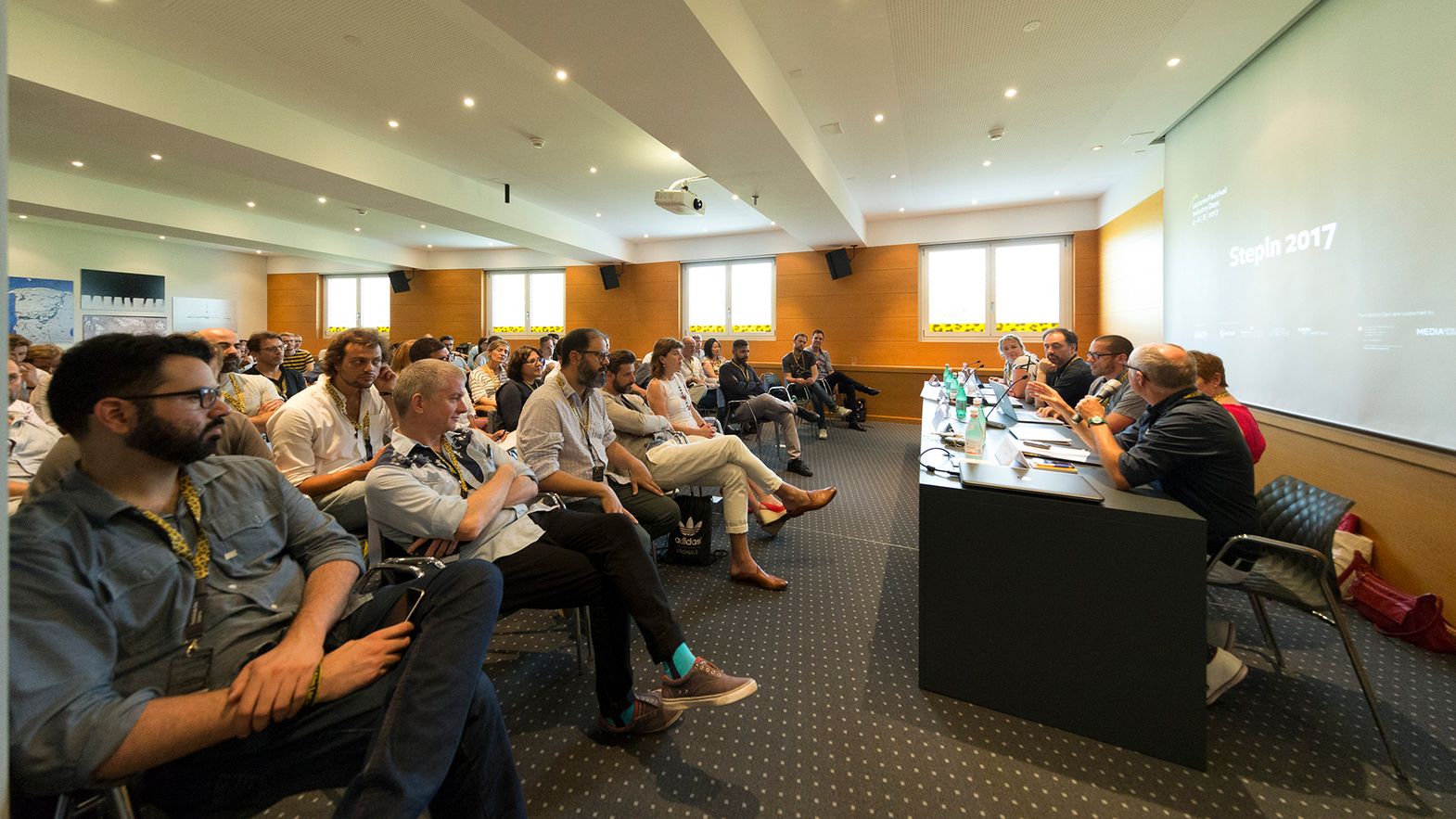 A group of 50 prominent European independent film industry execs assembled Thursday for the Locarno Festival’s StepIn think tank to discuss the timely topic of “The Theatrical Experience and the Future of Auteur Cinema in the Age of Global Streaming Platforms and Social Networks.”

Judging from the attendees reaction, it was a huge success: "We are extremely proud of the high-level of participants and the quality of the discussion - states Nadia Dresti, Deputy Artistic Director of the festival - Our best reward is to hear industry professionals praising how useful and thought-provoking was for them to participate to these round tables. This is our ultimate goal: if we were able to inspire productive conversations and facilitate solutions and networking opportunities, it means we have done our job well."

“Every once in a while there is someone who mourns the end of the theatrical experience,” said StepIn project manager Marcello Paolillo, in his introduction. “But while researching for this event I realised that, even though we are going through a challenging period, with seismic changes in the industry, the question is not if the theatrical experience will survive, but how it will evolve."

During the opening keynote Tim League, who is CEO of the Alamo Drafthouse Cinema chain in the U.S. which operates some of the best movie theatres in the world, offered his perspective that, at least in the United States, the erosion of theatrical “is probably good in the long run” because it is forcing exhibition chains to re-invest to upgrade movie theatres so they can offer a top notch moviegoing experience.

Focus Features President Robert Walak, another keynote speaker, noted that one of the first films they greenlit under the new Focus, Sofia Coppola’s “The Beguiled,” was specifically conceived for theatrical in “The way it was shot; the way it was set up, it was just a cinematic experience. And that is our strength in terms of what we do at Focus.”

Bobby Allen, VP of Content at MUBI, the curated streaming platform available in more than 200 territories, which last year branched into theatrical distribution, also underlined that auteur cinema is “made to be seen on the big screen.” “The most important thing to us is to ensure these films have a life beyond the digital platform,” he noted.

After the keynote, participants were divided in round tables for a long session on specific topics.

During the wrap-up League’s point about the crucial need for movie theatre quality to be improved was picked up on by Marc Allenby, the CEO of the UK’s Trafalgar Releasing, who was one of the designated notetakers. Allenby pointed out that, similarly to the U.S., in Europe “Some operators have become lazy and exhibitors have abandoned their biggest asset - their relationship with their customers.”

TrustNordisk head of sales Susan Wendt, also a note taker, pointed out that several European sales agents don't think Netflix should be allowed to put their films in competition at A-list film festivals. “As sales agents, we need those competition slots in order to sell our movies and put them in movie theatres. Why have a film in the competition that does not need that? The fact that when Netflix buys art movies in Europe they try to limit that film’s festival exposure was also bemoaned “Because this is a cultural loss for the public and also for the filmmaker,” said another note taker, Mexican producer Jaime Romandia.

StepIn was organized In partnership with Variety, in collaboration with Europa Cinemas, Europa Distribution and Europa International, and with the support of the Federal Office of Culture of Switzerland in the context of the compensatory measures Media.