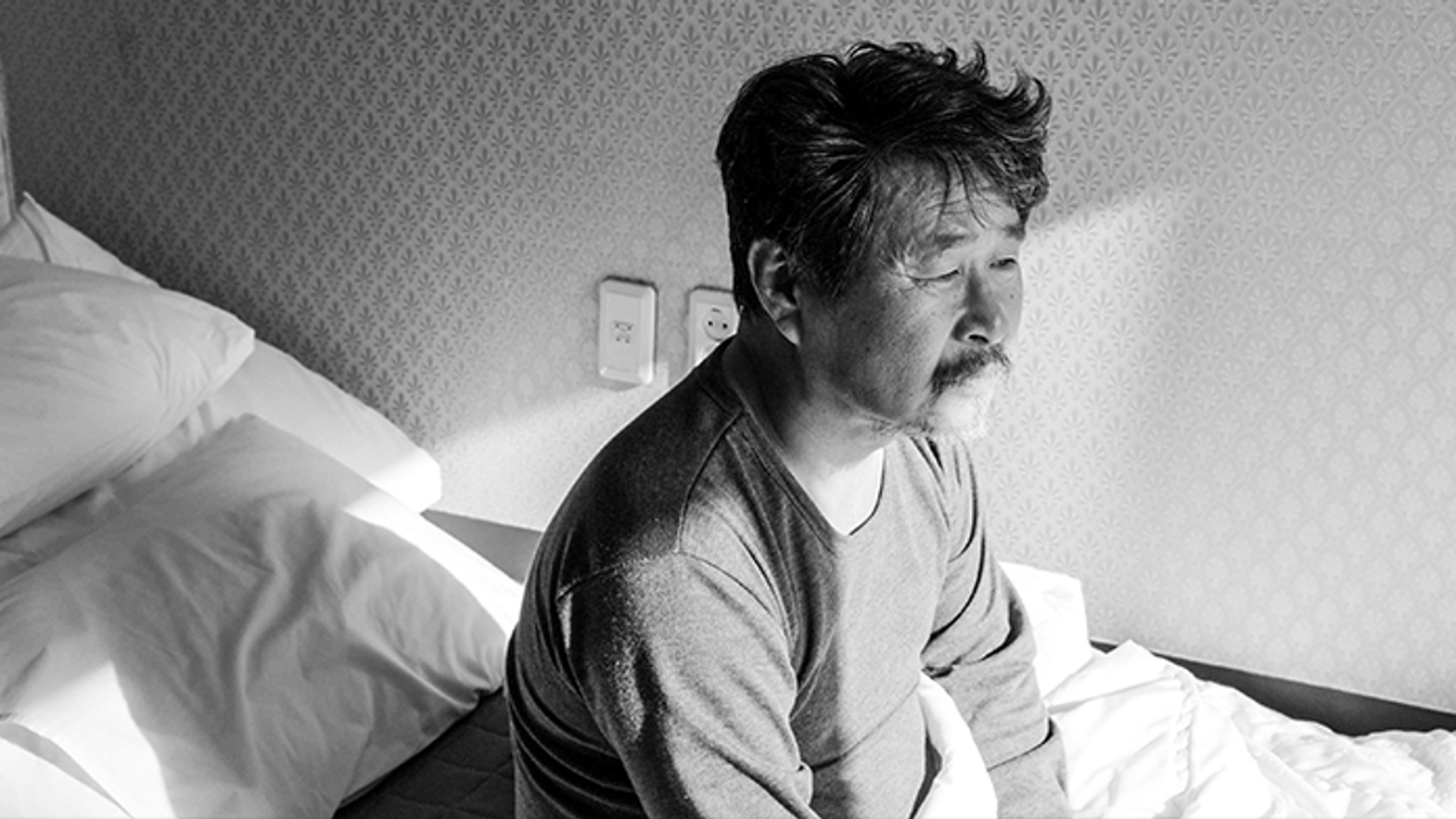 Ki Joo-Bong, also known as Gi Ju-bong, is one of the most important interpreters of theatre, film and television in South Korea, a career spanning forty years has led him to earn the trust of one of the greatest masters of Asian cinema, Hong Sang-soo. And also that of Locarno, while it's true that here, previously in 2015, saw his filmmaking triumph with Jigeum-eun matgo geuttaeneun teullida (Right Now, Wrong Then), a film that also earned the best male performance for his colleague Jung Jae-young. Now, it’s his turn.

In Gangbyun Hotel (Hotel by the River), a light and profound tale of a man who seeks to find a balance in his life in a hotel by the river, a poet who seeks the words to tell his children that he feels at the end of a life that apparently does not seem to be in any danger, who puts all his skill in calibrating emotions, gestures, glances and subdued laughter. A little Buster Keaton, in a vivid black and white, a bit Peter Sellers in Beyond the Garden, in this kindly artist, able to amaze strangers like his children with small and precious actions, Ki Joo-Bong sews a character that gives a very special tone to a protagonist who lives on the edge of his eccentricity. The maieutic ability of Young-wan, the name of the character he portrays, is understood when you too, as a spectator, feel you are looking as much inside as towards the screen. And all the credit goes an actor who could impress you with his special talent, and this he does, but prefers to build his character and his story sequence by sequence.