Here are the 15 youths of the Master's workshop 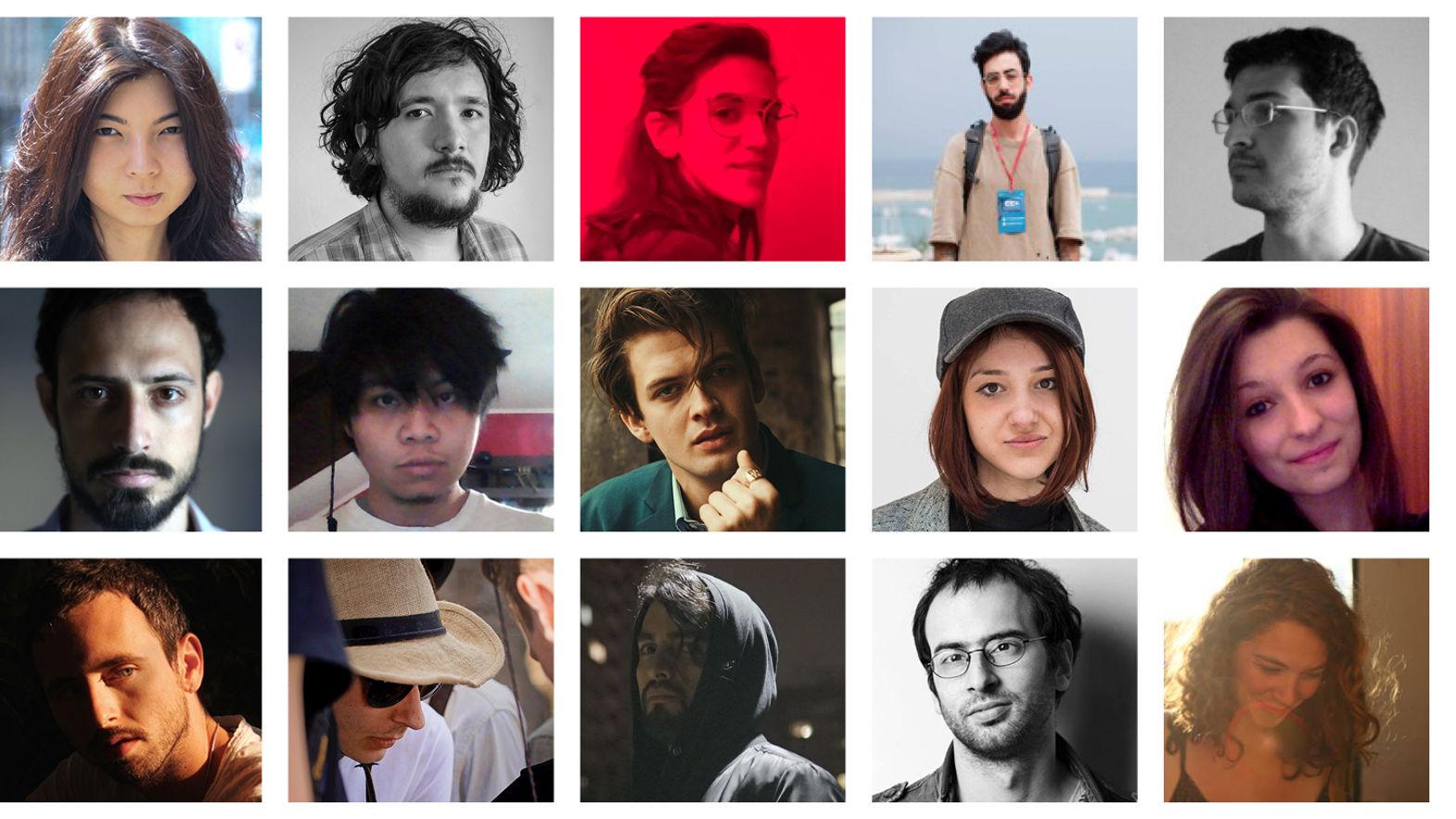 They are 15, young and coming from all over the world. They are, or rather will be, the youths who, at the end of L'immagine e la parola, will experience the Mountains - Loneliness - Desire workshop with the Master Béla Tarr. Selected from an international pool of candidates, Zhannat, Ariel, Valentina, Hayk, Giulio, Pier Lorenzo, Grieco, Dino, Ana, Anna, Alex, Arthur, Salvador, George and Naomi will live and breathe pure cinema in the mountains surrounding Locarno. Their goal is to make fifteen shorts from which a feature film will be derived and shown at Locarno72.

Zhannat Alshanova, 32 - Kazakhstan
Zhannat is a writer/director and producer from Kazakhstan. In 2015, she got accepted to the MA Filmmaking program at The London Film School. Zhannat's graduation short film End of Season premiered as an Official Selection at the 71st Cannes Film Festival in the Cinéfondation category. Zhannat is alumni of 2019 edition of Berlinale.

Valentina Manzoni, 25 - Italy / Switzerland
Valentina Manzoni is a filmmaker, writer and performer. She holds a Bachelor of Fine Arts in Studio Arts from the School of the Art Institute of Chicago (SAIC). In 2016, she participated in a filmmaking workshop in Cuba, where she completed her first fiction short film under the lead of Iranian director Abbas Kiarostami, Katherine.

Hayk Matevosyan, 29 - Armenia / USA
Hayk Matevosyan is a graduate of UCLA, who directed more than dozen music videos for various artists including the official music video “Lives” for Grammy-Award winning Daron Malakian and is currently developing the screenplay of his debut feature film.

Giulio Pettenò, 25 - Bulgaria / Italy
25 years oldBorn in Sofia (Bulgaria), he lives in Milan since 1998. In 2015 he attended the open courses of the Civica School of Cinema and the Cattolica University and in 2018 he obtained a diploma in SSS Visual design in-depth FILM at the CISA School of Locarno. Grand Hotel is his latest diploma work.

Pier Lorenzo Pisano, 27 - Italy
Pier Lorenzo Pisano was born in Naples, Italy. Director and author for cinema and theatre, he graduated as film director at Centro Sperimentale di Cinematografia (National Film School). His debut short movie As it is on earth was selected in competition at Cannes Film Festival 2018.

Grieco Rafael, 24 - Philippines / Italy
Grieco Rafael was born in Manila. He lived most of his childhood in the Philippines and moved in Italy at the age of 7. After an intense 2 months filmmaking workshop at the New York Film Academy in New York, Grieco attended the CISA School of Locarno and graduate with a specialization directing and post-production.

Dino Longo Sabanovic, 27 - Bosnia / Italy
Dino Longo Sabanovic was  born in Bosnia in 1992. His family moved to Italy in 1995. Dino studied in New York with the legendary coach Larry Moss. His first short movie “The Tempest”, was recorded with an Iphone 7 and with a budget of 600€.

Ana Shametaj, 27 - Albany / Italy
Ana Shametaj is born in Durres (Albania). After her graduation at the Paolo Grassi School of Milan, she studied and collaborated with Teatro Valdoca, Socìetas Raffaello Sanzio, Odin Teatret Film and Studio Azzurro. As filmmaker, “Wild Words” is her first full-length documentary.

Anna Spacio, 24 - Switzerland
Anna graduated in Directing in October 2018 at the CISA School of Locarno. She's worked on several projects, including music videos, short films and features. In the summer 2018 she participated at the Locarno Filmmakers Academy, during Locarno71. Currently she works for the national television (RSI) in the production department.

Alex Takacs, 29 - USA
Canadian born, Los Angeles raised director Alex Takács started making music videos and short films under the Young Replicant moniker in 2009. His work has been featured at Cannes, Camerimage, the 1.4 Awards and film festivals all over the world.

Arthur Theyskens, 21 - Belgium
Arthur Theyskens is in his first year of the master’s degree in filmmaking at the Royal Academy of Fine Arts (KASK) in Ghent. He made two short historical films: a medieval comedy about King Arthur (Li Contes del Graal, 2017) and a Western drama about a cowboy that loses his horses (Ever Westward Eternal Rider, 2018).

Salva Tinajero, 33 - Mexico / Germany
Salvador Tinajero studied visual arts at the University of Guadalajara. He won the Best Work from the Michoacan Section award at the Morelia International Film Festival for his short film Epilepsia (2012) and  is currently working in his first feature film Negro.

Naomi Waring, 35 - UK
Naomi Waring is a Writer Director originally from Belfast, raised in South London. Naomi worked as an actress in the industry for over 15 years before completing her masters in film at The London Film School. Her first film a documentary, Little Ones, was supported by The London Calling shorts program. Her films have played internationally at festivals, she is currently developing a feature film.