The University and the Festival on Netflix and the Future

The most famous streaming platform and the future of film festivals were at the core of the Masterclass by Kevin B. Lee, the Professor of the new academic field that USI created in partnership with the Locarno Film Festival, with support from Swisscom. It’s a new place of research and analysis focusing on the audience and the professionals of the future: students 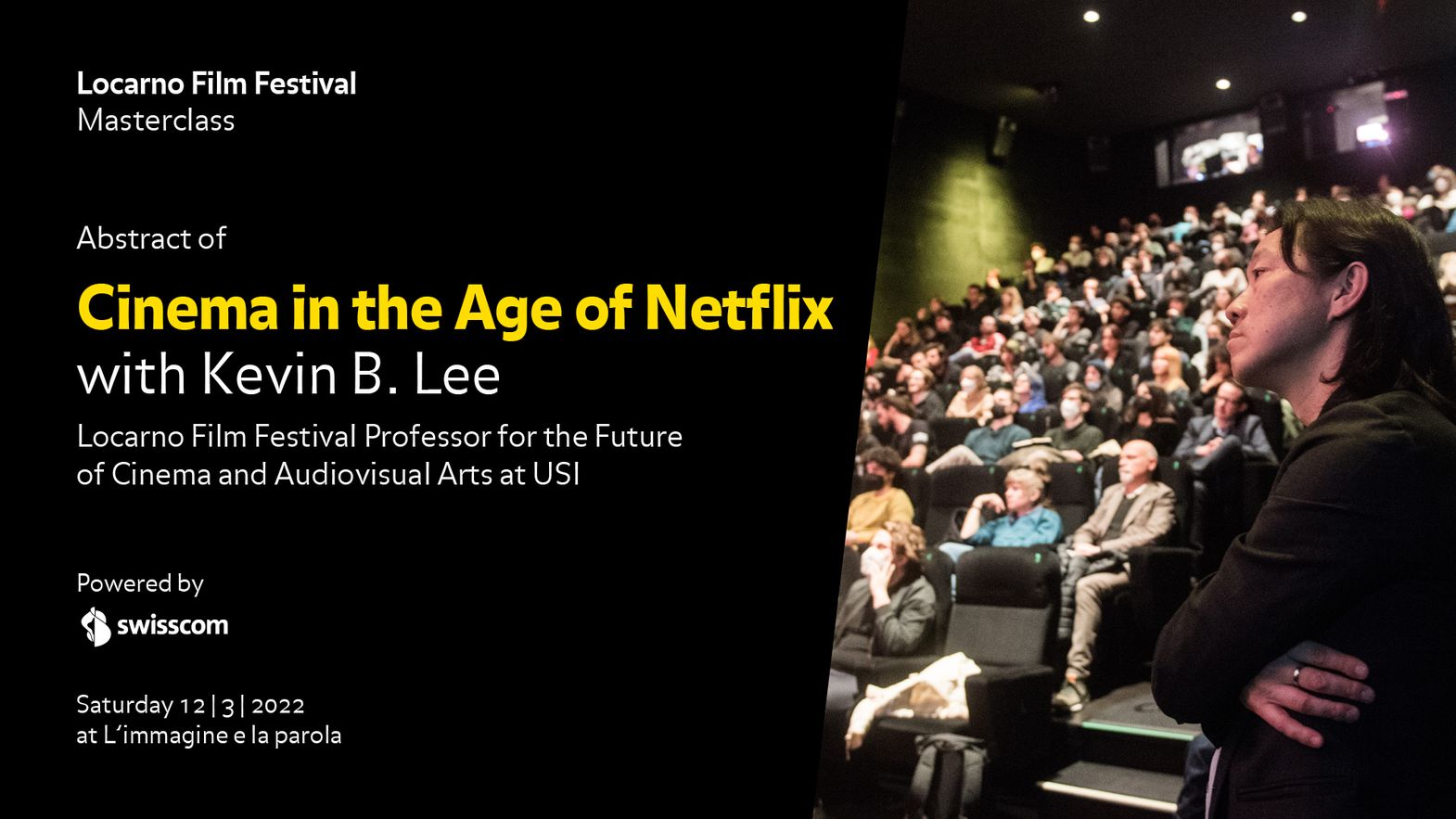 At a time when festivals worldwide are rethinking their strategies to deal with future media landscapes, research and debate are vital tools to understand the bigger picture and think of new development possibilities. And the logical starting point for this was the factor that contributed most of all to the recent reshaping of the film industry: online streaming.

Mono- or polyculture? What is Netflix 25 years after its debut? How does it connect to the film industry? How has it changed the industry? What kind of audience has it created? How do we watch its content? And what’s its relationship with festivals so far? These are the questions Kevin B. Lee dealt with in a context that differs from what the Locarno Film Festival has offered to date, while remaining central to its viewpoint.

The Professor for the Future of Cinema and Audiovisual Arts at USI (Università della Svizzera italiana) gave his class at the heart of the Locarno Film Festival: in a movie theater. This is the ideal place to discuss the future of film events and the evolution of the audiovisual, the key ingredients of Lee’s course at USI, a unique course devised in partnership with the Festival, with support from Swisscom. Having always looked to the future and innovation, the Festival decided to add an academic context to the world of large-scale events, to both nourish its own development strategies and widen the field of academic research. And in doing so, it involves local students and young people.

Cinema in the Age of Netflix was an off-site class, immediately sold out thanks to the wide range of eager participants. For an hour, Lee shared his musings on the platform that has changed the audiovisual landscape and the audience’s habits and behavior, as well as its relationship with festivals. Thus, we can understand the present and imagine a future that is already headed in that direction, but fully aware that this is not the only path ahead.

There are two fields, and two options: one produces only one kind of crop, in a controlled and orderly manner, the other produces a multitude of crops. In agriculture, this is known as monoculture and polyculture: the former allows a quick turnaround but also damages the soil and produces lower-quality crops; the latter aims to recreate the diversity of a natural ecosystem and requires more work, but it’s better for the soil and the quality of the crops. Festivals are a polyculture, but what about Netflix?

Netflix has been a publicly traded company for almost exactly 20 years (it went public on May 23, 2002). In 2020, due to the pandemic, it reached the peak of its market value, but in the two years since it has plummeted back to pre-pandemic levels. Does that signal the audience’s wish to return to cinemas?

Netflix has affected the film industry and audiences in three ways:

Furthermore, Netflix’s success can be attributed to four factors: the advent of the Internet over the past 20 years, with increased bandwidth that gives streaming an advantage; the ability to analyze viewer data and understand what is successful on the platform; investing in in-house productions, without having to license third-party content from studios and networks; and the pandemic, which made Netflix a monoculture while cinemas were closed.

Streaming can be viewed as a monoculture, but within it there’s a lot of diversity, with other platforms challenging Netflix’s market dominance. Disney+, for instance, has already amassed the same number of subscribers in two years that Netflix had after eight.

Netflix presents itself as a polyculture, with an international catalogue and greater freedom for filmmakers, compared to the more restrictive environment of mainstream Hollywood, for example. However, it’s closer to a monoculture because of the algorithm that suggests titles based on the individual user’s viewing history. Thus, it guesses what we are already likely to enjoy, removing the possibility of new discoveries.

One must also think of the audience. How do we watch Netflix? What’s the platform’s role in our everyday life? Does it guide us, or accompany us? Is it a choice, or just background noise? Is it a suggestion, or a sleep-vanquishing strategy? Is it what we choose to watch, or the time spent watching it? And shouldn’t cinema be images, emotions, feelings that remain ingrained in our memory? 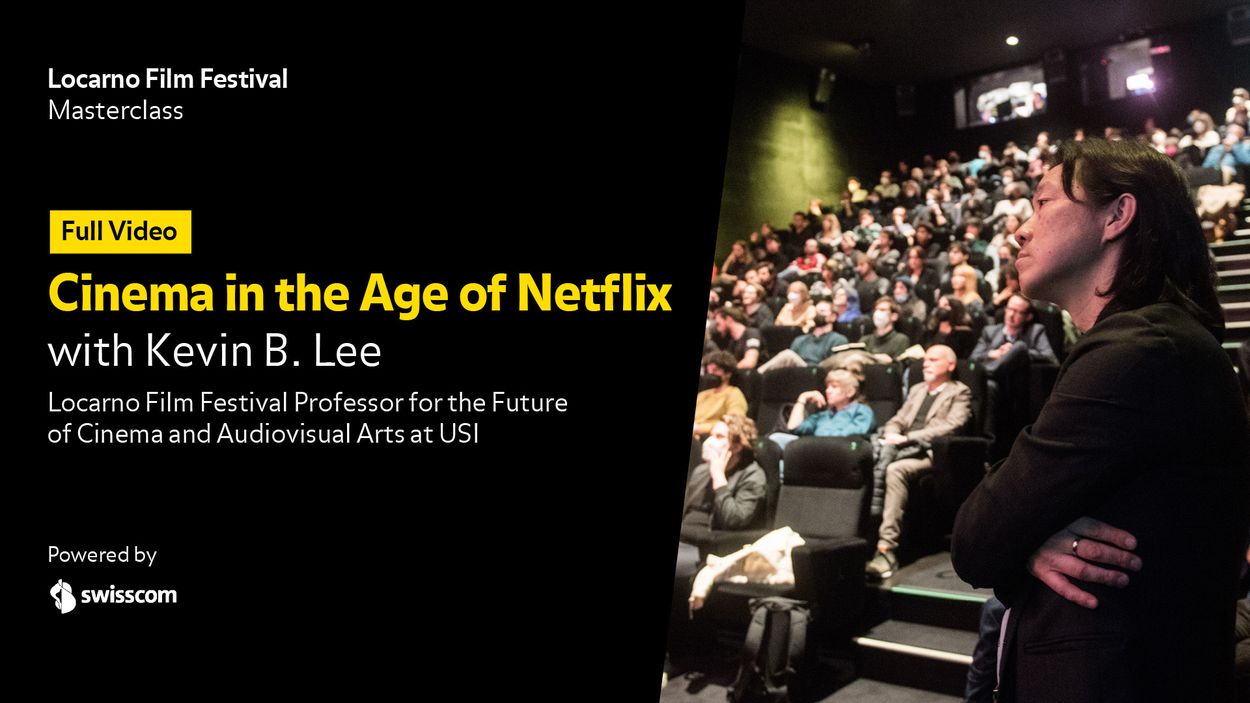