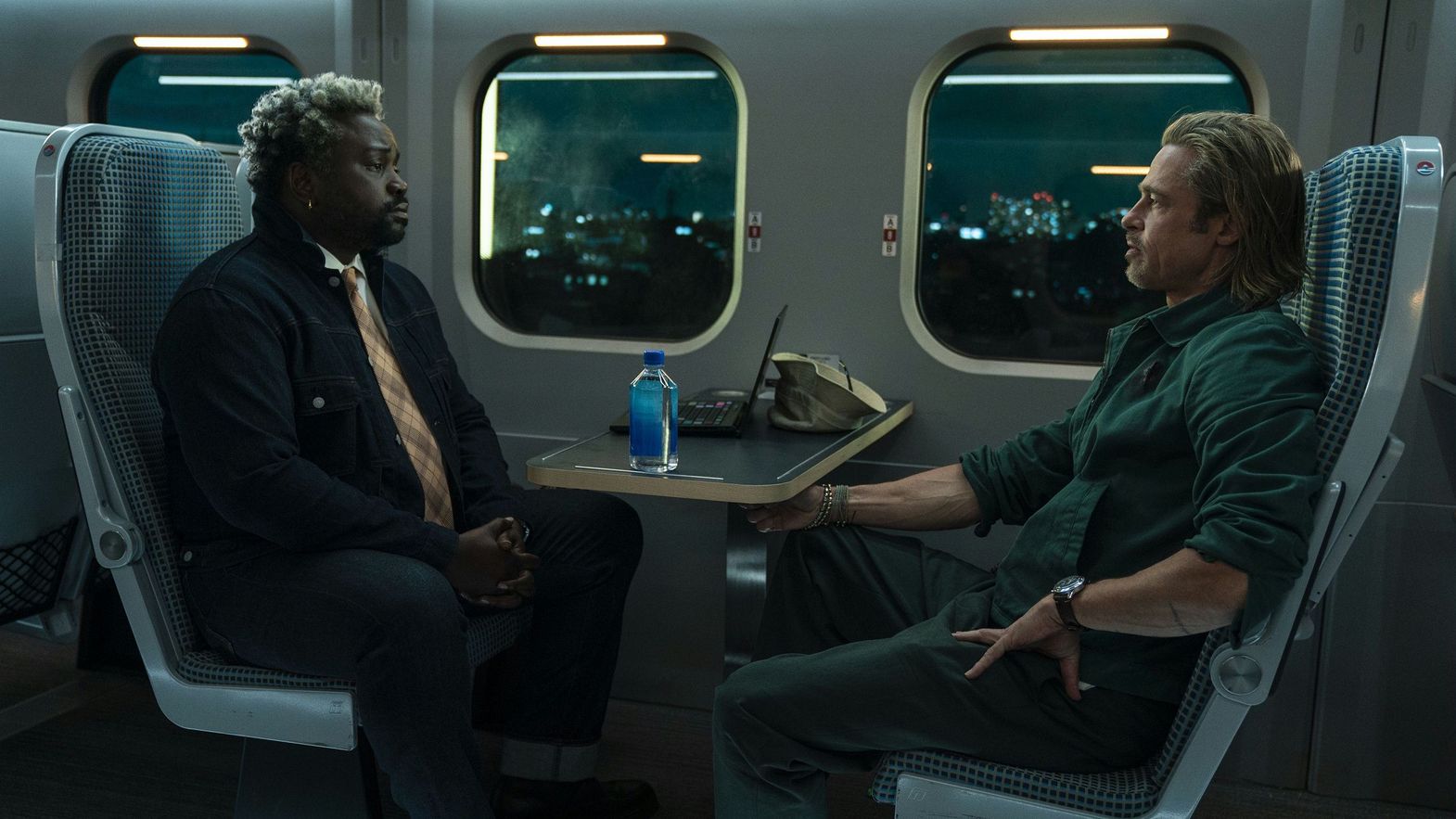 Brad Pitt is Ladybug, a hit man convinced that he is haunted by bad luck. Suspecting that the world is trying to suggest that he change his life, he decides to accept an assignment, the infamous last assignment, in which he does not have to resort to violence but only to retrieve a briefcase. On paper everything seems easy, the classic children's chore. And yet... By a mysterious combination of coincidences, which obviously aren't, Ladybug finds himself being followed by the strange killer couple formed by Tangerine (Aaron Taylor-Johnson, our Excellence Award Davide Campari) and his brother Lemon (Brian Tyree Henry). And not only: also on his trail are The Wolf (i.e. Bad Bunny, pseudonym of Benito Antonio Martínez Ocasio, Puerto Rican rapper and record producer), Prince (Joey King) and other characters more or less armed to the teeth and all intent on eliminating Ladybug at all costs (and not forgetting the magnificent Hiroyuki Sanada). Directed by David Leitch (who previously brought Atomic Blonde to Piazza Grande), the film is an unstoppable whirlwind of twists and turns and relentless action. Taken from the novel by the Japanese writer Kōtarō Isaka The Seven Killers of the Shinkansen (which admirers and readers describe as a cross between Agatha Christie and a martial arts film), Bullet Train is an example of reckless entertainment, with the throttle always pressed to the metal, with a truly refined deconstructionist approach that allows the narrative to be stretched like an elastic band that stretches endlessly and rewinds unstoppably. With some very important cameos (be careful not to get distracted...), Bullet Train reveals a new facet of Aaron Taylor-Johnson's talent, who in his duel with Brad Pitt shows his extraordinary comic and athletic skills. Characterized by a classic unity of space and time (interrupted only by flashbacks that gradually interlock with each other), the film is a resounding example of post-modern storytelling. Ironic and cultured, pop and sparkling, Bullet Train is an action film as Frank Tashlin or animation genius Tex Avery might have imagined. It runs wild, irresistible, extremely sharp and funny dialogue, and beats like rains. Leitch confirms himself as one of the very few American directors able to film and choreograph action scenes, always finding new solutions. Ladies and gentlemen, please take your tickets and fasten your seat belts. The Bullet Train is about to depart from the Piazza Grande platform. You don't want to stay at home, do you?